Skip to main content
In the News
This article is reposted from
AROC
, click here to read the original article.

Block the Boat Campaign is Underway Once Again! Stop the Apartheid-Profiteering ZIM Shipping Line from Docking at Your Ports 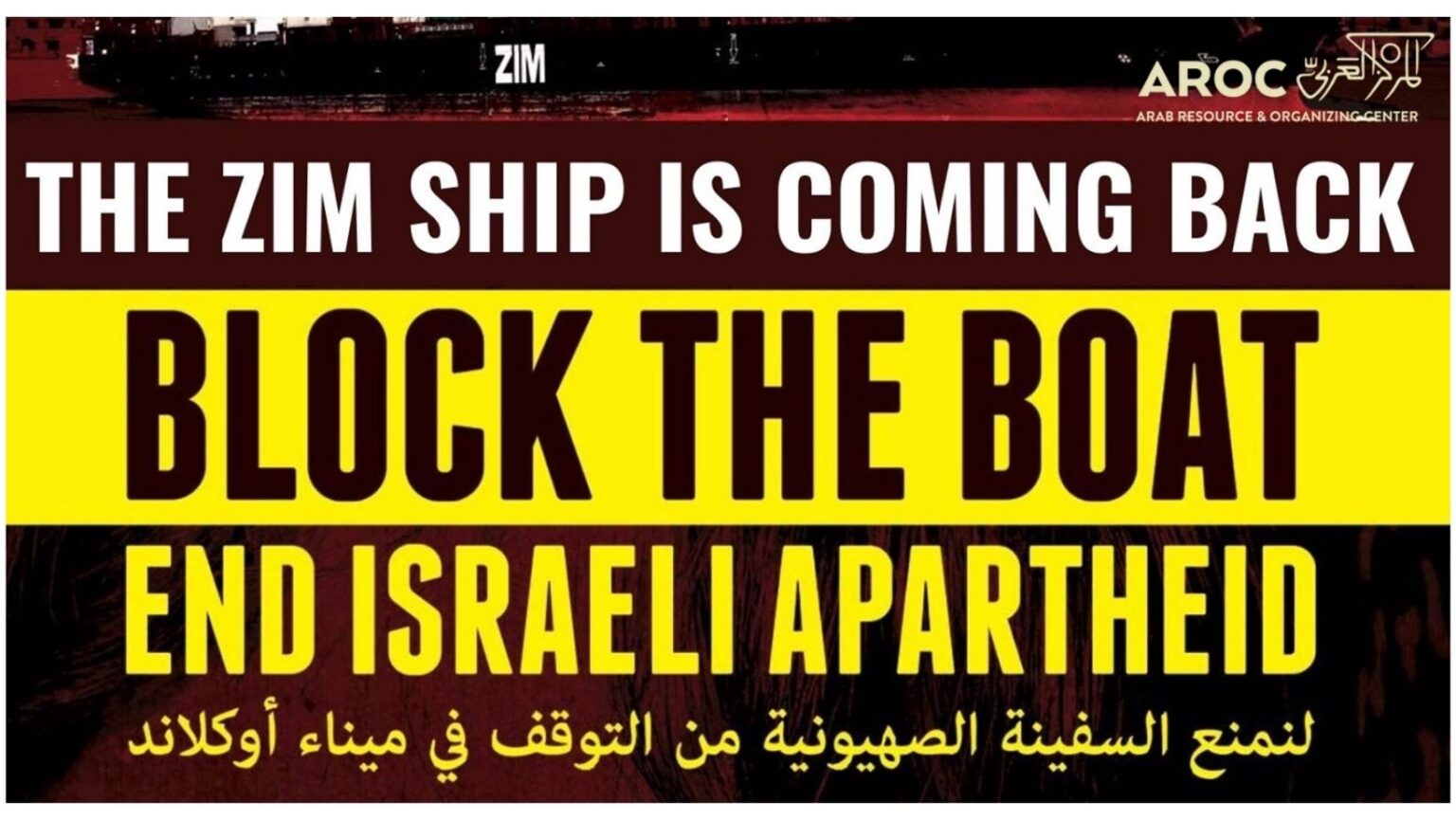 In May 2021, the world witnessed the resilience, strength, and resistance of Palestinians in the face of a brutal onslaught of forced displacement, lethal bombings, raids, and militarized policing at the hands of the apartheid state of Israel. In an inspiring, and in many ways unprecedented popular unity, Palestinians everywhere, from Gaza, the West Bank, historic 1948 Palestine, and the diaspora, observed a general strike and took to the streets in their millions to rise up, demanding liberation, return of refugees, justice, and an end to Israel’s ongoing regime of apartheid and settler-colonialism.

In response to Israel’s ongoing atrocities, the Palestinian General Federation of Trade Unions (PGFTU) and a large coalition of all major Palestinian workers unions and professional associations have called on their fellow trade unions and workers worldwide to boycott Israel and businesses that are complicit with its apartheid regime. They specifically urge “refus[ing] to handle Israeli goods” and “supporting [union] members refusing to build Israeli weapons.” This call for solidarity is a renewed call from 2014, the last time that Israel indiscriminately bombed the Gaza Strip, and builds on dockworkers solidarity actions in South Africa and California in 2009 and 2014, respectively.

During Israel’s massacre in Gaza in 2008-09, the BDS movement called on dockworkers to refuse to load and offload Israeli ships. In response, in 2009, the South African Transport and Allied Workers Union (SATAWU) in Durban was the first in the world to refuse to offload an Israeli ship.

Earlier this month, and in response to the above appeal from Palestinian trade unions, South African trade unions, in alliance with the South African BDS Coalition, again refused handling cargo from an Israeli ship in Durban. Dockworkers in Italy have also successfully blocked a recent shipment of munitions and armaments destined for Israel. After calling a strike for June 3 and announcing their refusal to load the containers, the shipowner decided to forgo the cargo. Dockworkers in several Italian ports have mobilized against arms shipments to Israel.

In 2014, the Arab Resource and Organizing Center (AROC) took up the call from Palestinian workers in Gaza and elsewhere in Palestine and led a massively successful BDS effort, with community supporters ad workers, launching the Block the Boat Coalition. The initiative aimed at stopping the Israeli ZIM company – Israel’s largest and oldest cargo shipping company – from docking and unloading its goods at the Port of Oakland, California, an action that inspired dockworkers elsewhere in the U.S. to follow suit. In line with their legacy of standing with people’s struggles everywhere, Oakland port workers with the International Longshore and Warehouse Union (ILWU) Local 10 respected AROC’s picket and refused to handle Israeli cargo in solidarity. Following this major and historic defeat, the Israeli ZIM ships have never returned to Oakland since.

Today, in the midst of a widespread Palestinian upheaval against Israel’s latest brutal assault, AROC has learned that ZIM-operated ships are planning to return to California’s San Francisco Bay Area for the first time since they were blocked in 2014. AROC is tracking the ZIM shipping line, monitoring its schedules, and preparing to mobilize whenever it docks.

The #BlockTheBoat campaign is underway again! We did it once and we can do it again. AROC is calling on communities in the San Francisco Bay Area to participate in the picket as soon as we learn that ZIM is about to dock at the Port of Oakland. We call on our partners across the world to hold solidarity actions in your areas by building relationships with your local unions, raising awareness about Block the Boat, and amplifying the Palestinian workers’ call for BDS and meaningful worker solidarity.

Let’s send the message that Israel’s regime of settler-colonialism and apartheid and ZIM’s apartheid-profiteering are not welcome in our ports, as was done against apartheid South African ships. We will send a message to the world that workers support the BDS movement for freedom, justice and equality.

The ZIM-operated ship may attempt to dock in Oakland as soon as tomorrow, May 27, 2021. To stay up to date on solidarity actions text your name to 181BLOCKZIM,  follow @AROCBayArea on Twitter or Instagram, and visit blocktheboat.org. 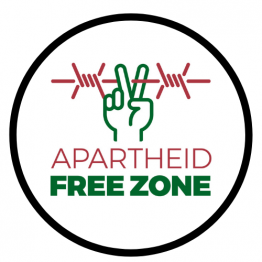