Skip to main content
In the News
This article is reposted from
Medium
, click here to read the original article.

A broad coalition of student groups at New York University votes to endorse BDS, calling on NYU to divest from companies complicit in the Israeli occupation and pledging to boycott Israeli academic institutions and conferences sponsored by Israel. 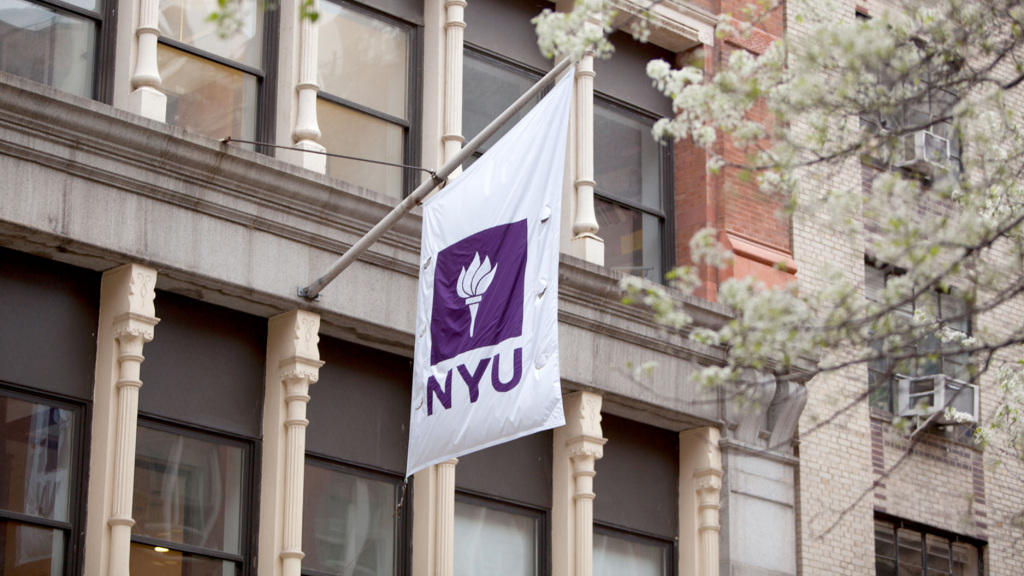 We, the undersigned student groups, pledge to participate in the Boycott, Divestment, and Sanctions (BDS) movement for Palestinian human rights by

This year marks the 70th anniversary of the Palestinian Nakba (catastrophe), during which more than 700,000 Palestinians were violently expelled from their homes by Zionist militias, and of the establishment of the State of Israel, which continues its campaign of ethnic cleansing of Palestine to this day in the form of Israel’s military occupation of the West Bank and the Golan Heights and brutal siege of Gaza.

We support the Boycott, Divestment, and Sanctions movement for Palestinian human rights as it is a non-violent method of resisting Israeli apartheid from abroad. We call on NYU to divest its holdings from companies and funds that are complicit in the Israeli occupation of Palestine. Inspired by the South African anti-apartheid movement, BDS demands action by Israel to comply with international law. In just over a decade, BDS has blossomed to a global movement of religious organizations, academic associations, unions, and activist movements worldwide, and we are proud to be a part of this struggle for justice.

WHEREAS settler colonialism and structural racism work across the world, including in the United States, to disenfranchise, dispossess, and inflict violence upon specific groups of people for the benefit of others;

WHEREAS the unceasing military occupation and colonization of Palestine by the Israeli state is a manifestation of both settler colonialism and structural racism, supported politically, financially, and militarily by the U.S.;

WHEREAS the Israeli state systematically violates Palestinians’ rights under international law, including the right to education;

WHEREAS the Israeli state specifically violates Palestinians’ right to education by damaging Palestinian universities, colleges, and schools in military offensives; raiding students at those institutions and forcing the institutions to temporarily close for military or other reasons; restricting Palestinians’ movement to such an extent that it impedes their ability to attend and teach classes; and preventing students from traveling abroad to study or present research;

WHEREAS Israeli academic institutions are complicit in the occupation and colonization of Palestine and the state’s violence against Palestinians by developing military hardware, weapons, drones, and surveillance technologies; offering military training courses and posts for high-ranking military officers; declaring, via their leaders and other surrogates, their support for Israeli military offensives; discriminating against Palestinian students; and repressing voices in support of Palestinians and their struggle for self-determination;

WHEREAS in 2005, 170 Palestinian unions, political parties, refugee networks, women’s organizations, professional associations, popular resistance committees and other Palestinian civil society bodies called for “international civil society organizations and people of conscience all over the world to impose broad boycotts and implement divestment initiatives against Israel similar to those applied to South Africa in the apartheid era”;

WHEREAS dozens of colleges and universities in the US and abroad have divested from Israeli apartheid or seen divestment resolutions pass in student government bodies and be disregarded by boards of trustees;

WHEREAS the Israeli economy is built on and currently complicit with colonization, exclusion and apartheid. In accordance with the BDS movement, this resolution targets specific companies and brands in order to concentrate its efforts. Further, BDS does not target the existence and economic activity of Jews in historic Palestine but rather goods and companies complicit in occupation and apartheid.

WHEREAS NYU divested from South African apartheid in 1985 in solidarity with a global movement for human rights in a deeply racist and discriminatory regime, and that the Israeli occupation of Palestine is widely recognized as fitting the definition of apartheid as defined by the International Convention on the Suppression and Punishment of the Crime of Apartheid (ICSPCA) that was adopted by the United Nations General Assembly in 1973;

WHEREAS Realize Israel’s website (realizeisrael.com) states that Realize Israel is “a group of highly motivated students who are committed to defending, standing with, and celebrating the State of Israel on college campuses through academic, action-based, political, educational and celebratory methods”;

WHEREAS TorchPAC lists its mission on its Facebook page as “To promote the U.S.-Israel alliance through education, engagement, and lobbying members of congress”;

WHEREAS collaborating with pro-Israel groups on campus is an effective endorsement of Zionism, the ideology driving the settler colonial state of Israel, and amounts to complicity with Israeli apartheid. Furthermore, cosponsoring events with Zionist/pro-Israel groups makes them fundamentally unwelcoming to Palestinian students, who are already marginalized on college campuses.

WHEREAS the [student group] has passed resolutions in support of justice and social change throughout its existence; and

WHEREAS [student group] understands that the boycott of Israeli goods, academic institutions and pro-Israel groups is expressly not the boycott of individual Israeli students or scholars, nor does it prohibit collaboration between [student group] members and Israeli students and scholars, but that it is constitutionally protected free speech in support of the Palestinian call for solidarity to end the occupation and colonization of Palestine;

Be it RESOLVED that the [student groups] will pledge to participate in the Boycott, Divestment, and Sanctions (BDS) movement for Palestinian human rights by

*This sample resolution is largely based off of a CUNY Doctoral Students' Council "Resolution Endorsing the Boycott of Israeli Academic Institutions"passed in 2016, including several paragraphs using identical or nearly identical language. We commend the DSC for its stellar activism and thank those involved in their resolution for their painstaking research and labor.