In Italy, 250 social, cultural, sports and commercial spaces commit to having no ties with companies and institutions complicit in Israel's apartheid regime oppressing millions of Palestinians. 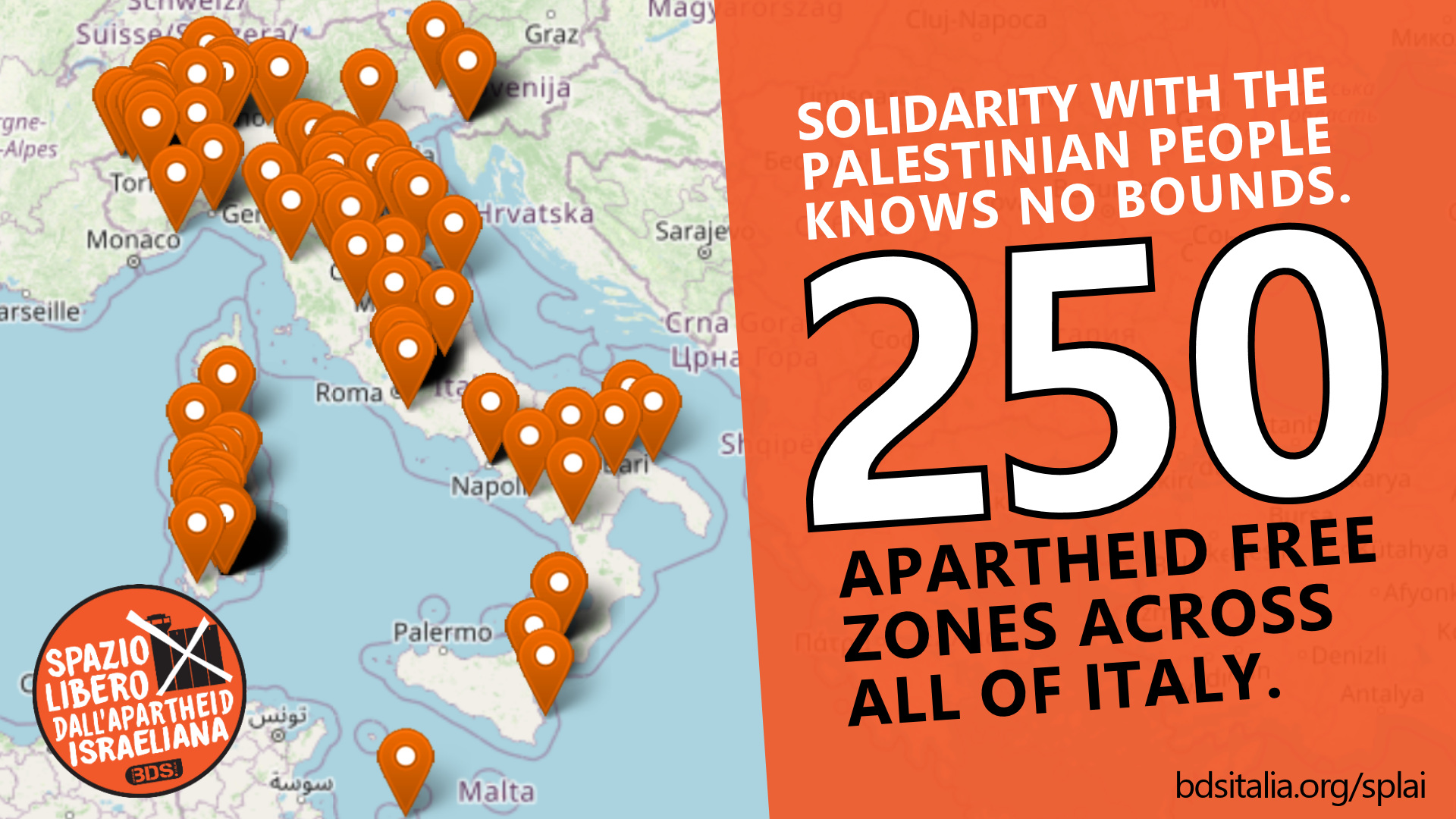 Israeli apartheid knows no bounds, even denying vaccines to Palestinians during a pandemic in an act of medical apartheid, but neither does active solidarity with the Palestinian people.

There are now 250 spaces throughout Italy that have declared themselves Israeli Apartheid Free Zones (AFZ).

Despite everything, or perhaps precisely because of the moment we are all living through, the Italian AFZ network continues to grow and expand. It is one of the many expressions of the desire to create a world in which no one is left behind coming out of the health and economic crises. All of Italy has become an orange zone, but in a positive way: that of growing support for the Palestinian people’s legitimate demands for freedom, justice and equality.

But it is not a mere symbolic rejection. The Apartheid Free Zone campaign is part of the global Palestinian-led Boycott, Divestment and Sanctions (BDS) movement that aims to pressure businesses and institutions that support Israel’s regime of occupation and apartheid oppressing millions of Palestinians to end their complicity.

This month, Israel's largest human rights organization, B’Tselem, confirmed what Palestinian and South African scholars have been saying for years: Israel is an apartheid regime, both in the Occupied Palestinian Territories and within Israel. As the editor of B’Tselem wrote in the pages of the Guardian, "There is not a single square inch in the territory Israel controls where a Palestinian and a Jew are equal."

The AFZ network is committed to ending Israel’s system of oppression, upholding the simple principle that fundamental rights must be guaranteed for all. You can help us expand it. 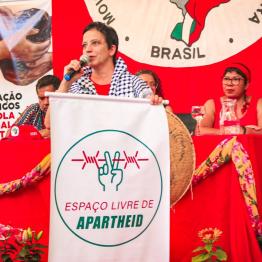 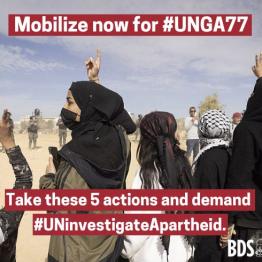