December 12, 2021
/ By
Palestinian Campaign for the Academic and Cultural Boycott of Israel (PACBI)
/ 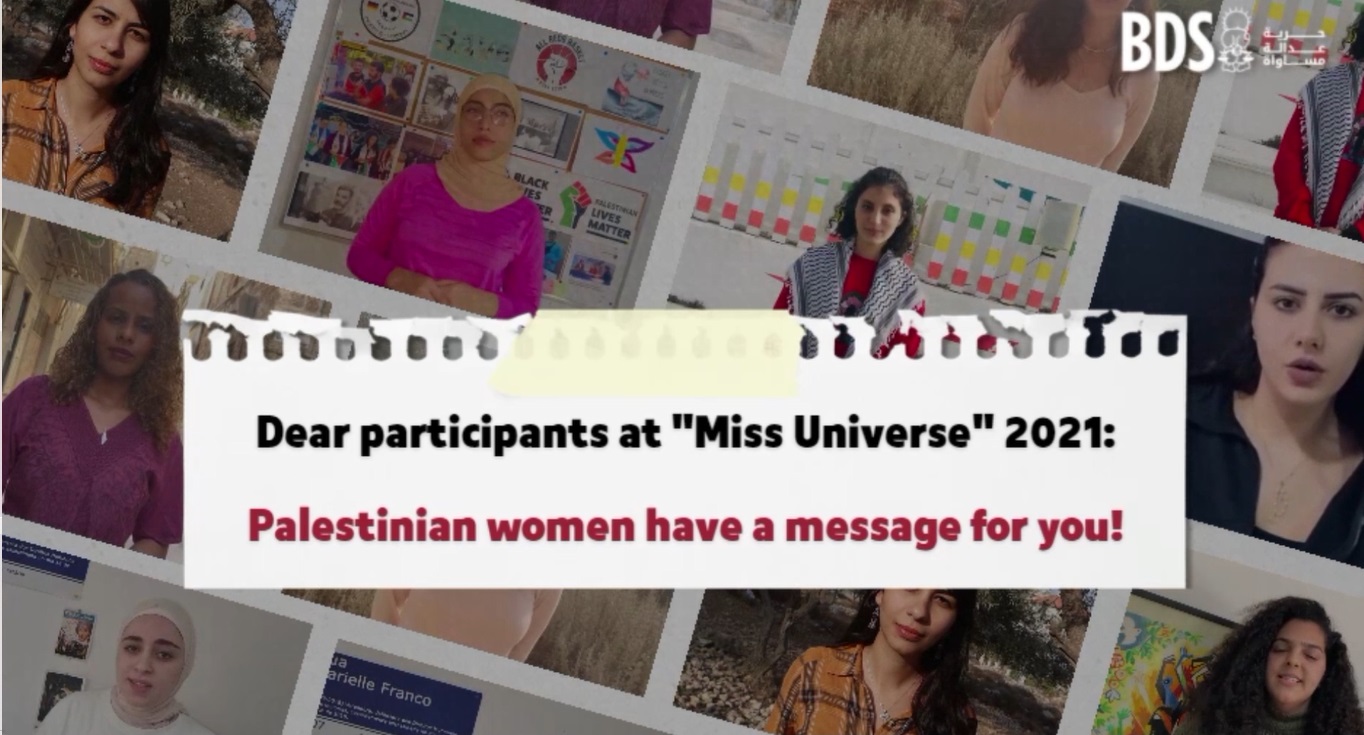 "Never has a competition for the title of Miss Universe sparked so much political controversy."

That’s how an article in Le Monde described apartheid Israel’s hosting of the international beauty pageant, taking place tonight in the ruins of an ethnically cleansed Palestinian village.

Now we need your help to reach the pageant’s audience during the contest!

Using the click-to-tweet links below, you can join the campaign to boycott the contest that is glamour-washing Israel’s massacres and apartheid regime.

This year, together we’ve made great strides. Celebrities have spoken out for Palestinian rights and endorsed effective measures to hold apartheid Israel to account in unprecedented numbers.

Let’s take that momentum forward into 2022 – but first, let’s remind the world that any international event complicit in Israel’s apartheid regime will be boycotted by progressives.

Miss Universe
December 12, 2021
/ By
Palestinian Campaign for the Academic and Cultural Boycott of Israel (PACBI)
/ 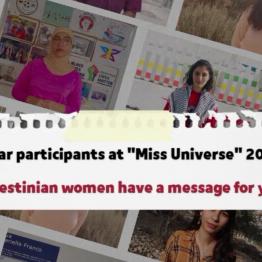