The Episcopal Church of Vermont stood up loudly against Israel’s U.S.-backed oppression of the Palestinians, Nov. 4, as its annual convention, condemning by an 89-25 majority what it said are the Jewish State’s apartheid policies. Similar resolutions will soon be considered by other Episcopal dioceses. 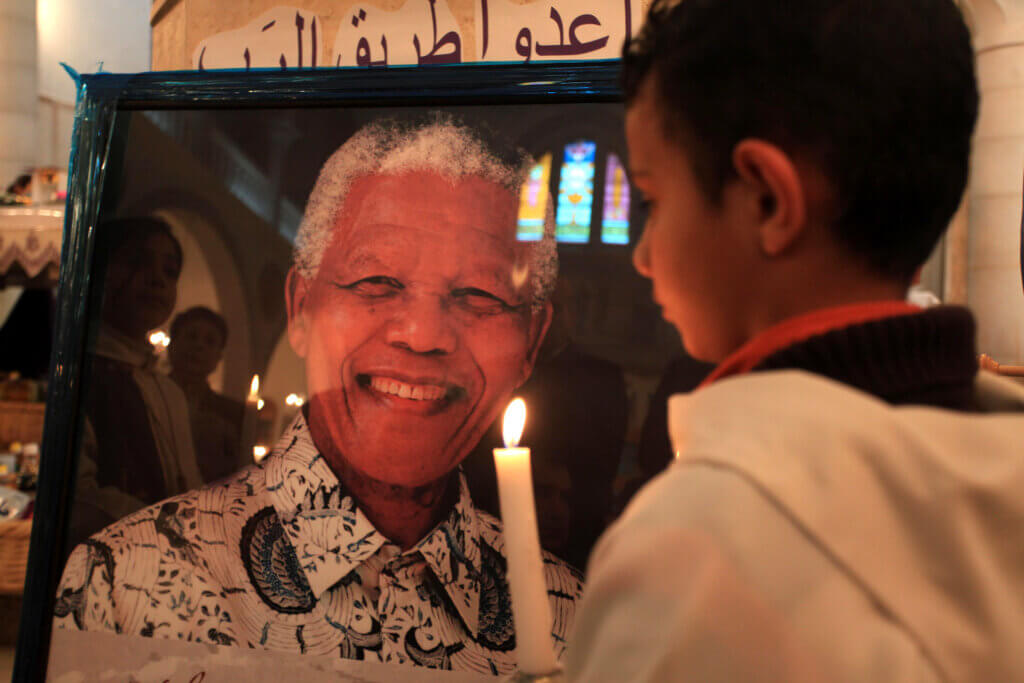 The Episcopal Church of Vermont stood up loudly against Israel’s U.S.-backed oppression of the Palestinians, Nov. 4, as its annual convention, condemning by an 89-25 majority what it said are the Jewish State’s apartheid policies.

The action added to a barrage of condemnations of Israel’s apartheid regime since January by human rights groups and leaders and is of special significance to other Episcopal dioceses – and beyond that to other mainline church denominations — that are under rising pressure from members pressing for similar condemnations. The first major denomination to conclude that it was compelled to call out Israel and its U.S. sponsors on apartheid and a host of related injustices – the United Church of Christ — acted only last July but its resolution was seen then as a harbinger of actions to come from sister denominations.

Vermont, of course, has seen a lot of protest against Israel this year, as Ben & Jerry’s ice cream acted in July to pull its products from Jewish-only settlements on the West Bank next year, and the Burlington City Council in September seriously entertained a resolution of solidarity with Palestinians against Israel’s apartheid (although the resolution was withdrawn for further action in a later session).

The lopsided win in the Vermont Episcopalians’ annual “diocesan convention” was the more remarkable because supporters of justice for Palestinians were not able to mount an extensive campaign, in part because Covid restrictions meant all but the top leaders and staff had to participate by virtual streaming. Rev. Craig Smith, who presented the resolution, said the 30-minute debate was not very contentious and he was pleasantly surprised when a few delegates who unknown to him had lived in Israel-Palestine gave their eye-witness approval to the description of the situation being one of apartheid.

The openness of the other delegates seemed also to show that general awareness of public protests against Israel is rapidly growing despite continued unquestioning support for Israel on the part of most U.S. politicians, media and business groups.

One blistering message of protest that Smith conveyed to the members of the convention came from Vermonter Wafic Faour, who was born in a refugee camp in Lebanon, where much of his family remains. Faour told the story of aunts and uncles who had stayed in their homeland and became Arab citizens of Israel. Israeli apartheid “affects every facet and function of daily living,” he wrote in a statement, and was irrevocably codified by Jewish Israelis in the 2018 Nation State Law. Getting more specific he wrote:

“My family’s land in Shaab, in western Galilee, was confiscated in 1948 by the Israelis, after they murdered my mother’s father. Since the 1950s the fresh water in Shaab has been siphoned off to provide water in three Jewish-only settlements in the nearby hills which were once all Palestinian lands. The villagers in Shaab have been given the filtered sewer water from the settlements to use, and it is now illegal to access the fresh water. Villagers in Shaab report that their water often runs yellow and brown.”

The Vermonters and their fellow Episcopalians, as well as activists in other mainline denominations, will soon be able to measure the impact of this breakthrough. On Nov. 20, the Episcopal Diocese of Chicago will take up a similar anti-Apartheid resolution. In January in Washington, D.C., the Episcopal Diocese of Washington will do likewise, voting in addition on a resolution condemning Christian Zionism and one defending free speech and the right to boycott. Other dioceses may also vote on resolutions expressing solidarity with the Palestinians and condemning the United States’ massive complicity in Israel’s crimes.

In July 2022, the stakes will increase sharply when the Episcopal Church gathers in its U.S.-wide General Convention in Baltimore. There church leaders will be obliged to vote yes or no on Vermont’s, and likely others’ resolutions in support of Palestinian liberation. Voting yes might risk serious retaliation and charges of antisemitism, but voting no would be to risk complicity in very serious crimes.