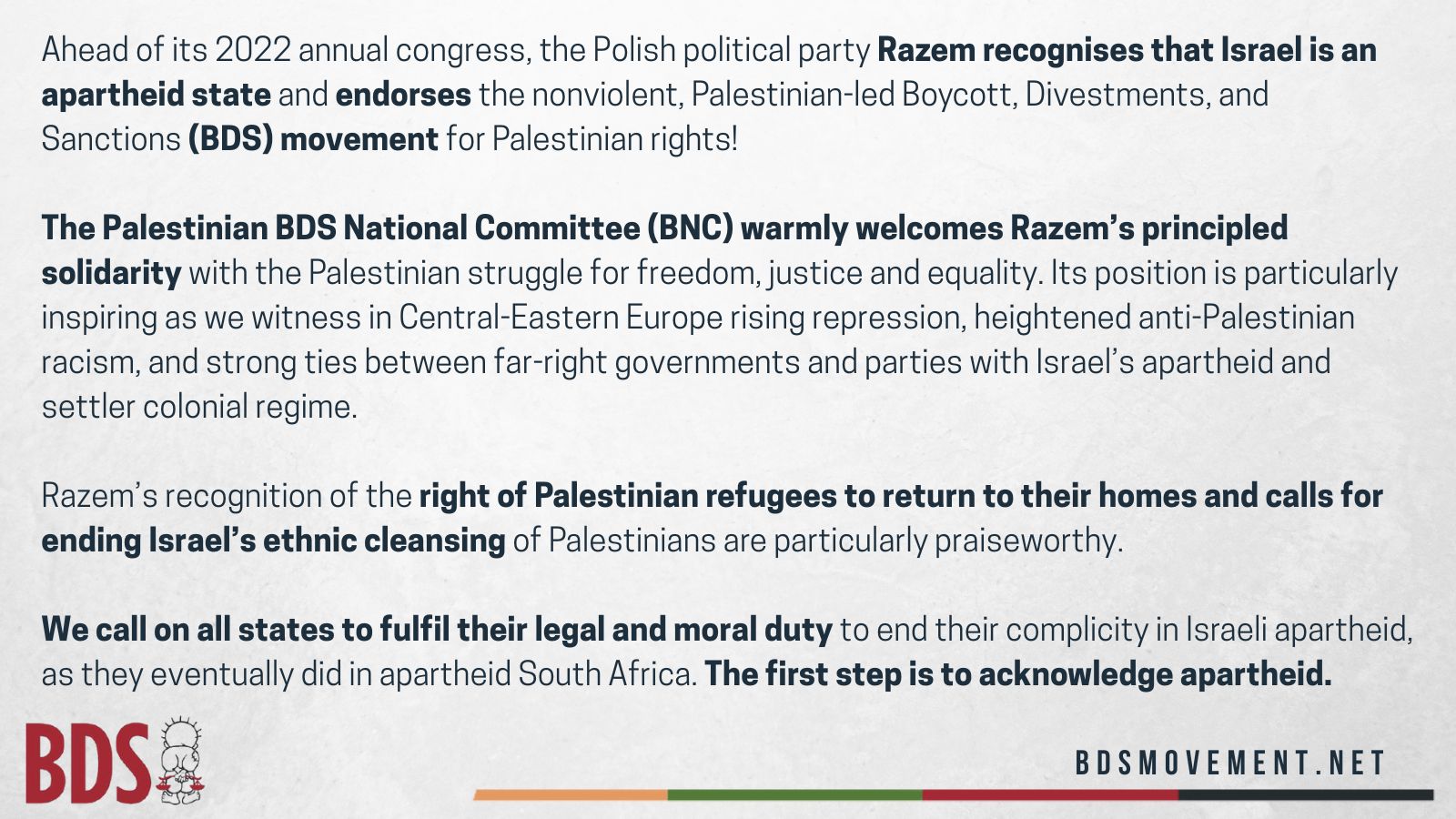 Ahead of its 2022 annual congress, the Polish political party Razem recognises that Israel is an apartheid state and endorses the nonviolent, Palestinian-led Boycott, Divestments, and Sanctions (BDS) movement for Palestinian rights!

Razem’s recognition of the right of Palestinian refugees to return to their homes and calls for ending Israel’s ethnic cleansing of Palestinians are particularly praiseworthy.

We call on all states to fulfil their legal and moral duty to end their complicity in Israeli apartheid, as they eventually did in apartheid South Africa. The first step is to acknowledge apartheid.

Full text of the resolution translated from Razem's website:

Razem recognises the right of Palestinians to have a capital in Jerusalem and opposes Israel's illegal occupation of the eastern part of the city. We recognise the rights of Palestinian refugees under UN Resolution 194. We call on the international community to draw consequences from Israel for its failure to respect international law and UN resolutions.

We call on Israel to cooperate with the International Criminal Court in The Hague and on the Palestinian Authority to maintain this cooperation. We recognise that Israel is pursuing a policy in its own territory and in the occupied Palestinian territory that favours or discriminates against citizens along ethnic lines. This policy meets the criteria of the crimes of apartheid and persecution under the 1973 Apartheid Convention and the 1998 Rome Statute. We support the international Boycott, Divestment, Sanctions campaign led by Palestinian civil society.