After more than two years in Egyptian prisons, Ramy Shaath is free! 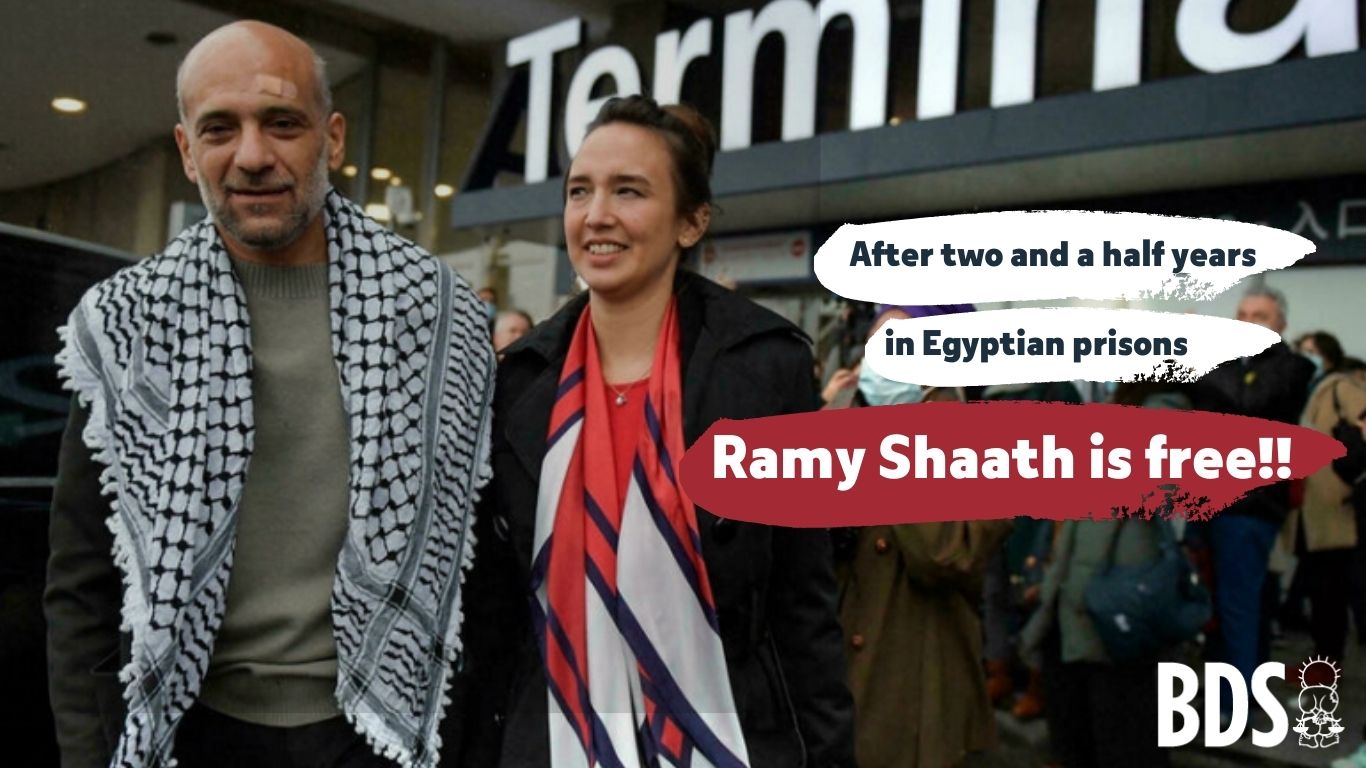 After 900 days of arbitrary detention, we are pleased to see our colleague Ramy Shaath free!

Ramy is a human rights defender, political activist and founder of BDS Egypt, the Egyptian coalition that is part of the Palestinian-led BDS movement.

As we congratulate his partner Celine Lebron Shaath and the Shaath Family, we pay tribute to all those who contributed to the #FreeRamyShaath campaign, creatively and determinedly led by Celine. The campaign won the support of parliamentarians, leaders, human rights organizations and popular forces in the Arab world and around the world. This campaign has demonstrated, once again, the impact of mobilization and creative, tireless collective action.

We call on all international human rights institutions and relevant United Nations committees to intensify pressure on the Egyptian authorities to remove Rami Shath’s name, and anyone who has been arbitrarily added, from the so-called "Terrorism List" and to release all political prisoners unconditionally.

Our common struggle against Israeli settler colonialism and apartheid intersects with the struggles in the Arab region against despotic Arab regimes that act as tools of imperialism. The struggles for freedoms, socio-economic justice, as well as political and civil rights in the Arab World and elsewhere are interconnected and intersectional. United, we shall prevail over all systems of oppression.

Freedom for all political prisoners in Egypt and around the world.