The Pan-African Palestine Solidarity Network (PAPSN) has issued a media statement as African activists gather in Dakar to mobilise for Palestine. 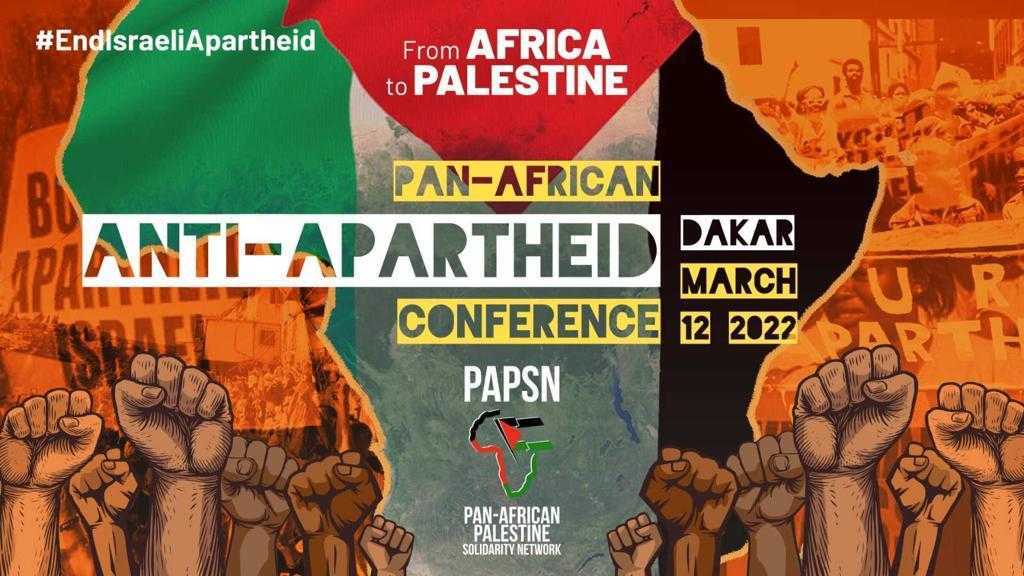 Activists from across Africa are gathering in the Senegalese capital, Dakar, from 10 to 12 March to mobilise support for the Palestinian liberation struggle and strategize against Israeli apartheid under the theme: “From Africa to Palestine, United Against Apartheid.”

This will be the first time that Palestine solidarity activists will hold a gathering of this nature in Africa. The wide representation of groups from across the continent is unprecedented in terms of Palestine solidarity. It comes just a month after Amnesty International joined Palestinians and many other human rights organizations in recognizing that Israel was practising a cruel system of domination and the crime against humanity of apartheid against the Palestinian people and asking for decisive action, including targeted sanctions to end Israeli apartheid.

*Keynote speakers at a public event on Saturday 12 March include:**Emma Nyerere* from the Pan-African Women’s Organisation, *Mandla Mandela*, grandson of South African liberation icon, Nelson Mandela. Nelson Mandela robustly supported the Palestinian cause and famously said that our freedom is incomplete without the freedom of the Palestinians.

They will be joined by Palestinian activist, *Jamal Juma*, from the Palestinian Boycott, Divestment and Sanctions (BDS) National Committee and *Shaden Quos*, a young activist from the Afro-Palestinian community.

*Top of PAPSN’s agenda is mobilising popular support, including youth and women in Africa to support the Palestinian liberation struggle. PAPSN intends to develop strategies for boycott, divestment and sanctions campaigns against Israel; expose the myth of ‘Israeli development’ and the role of apartheid Israel in the militarization, wars and repression in Africa. Delegates will also discuss Israel’s recent accreditation to the African Union and strategies to kick apartheid Israel out of Africa.