BDS co-founder, Omar Barghouti, explains why the Palestinian South Africa moment is nearing and how your support can get us there. 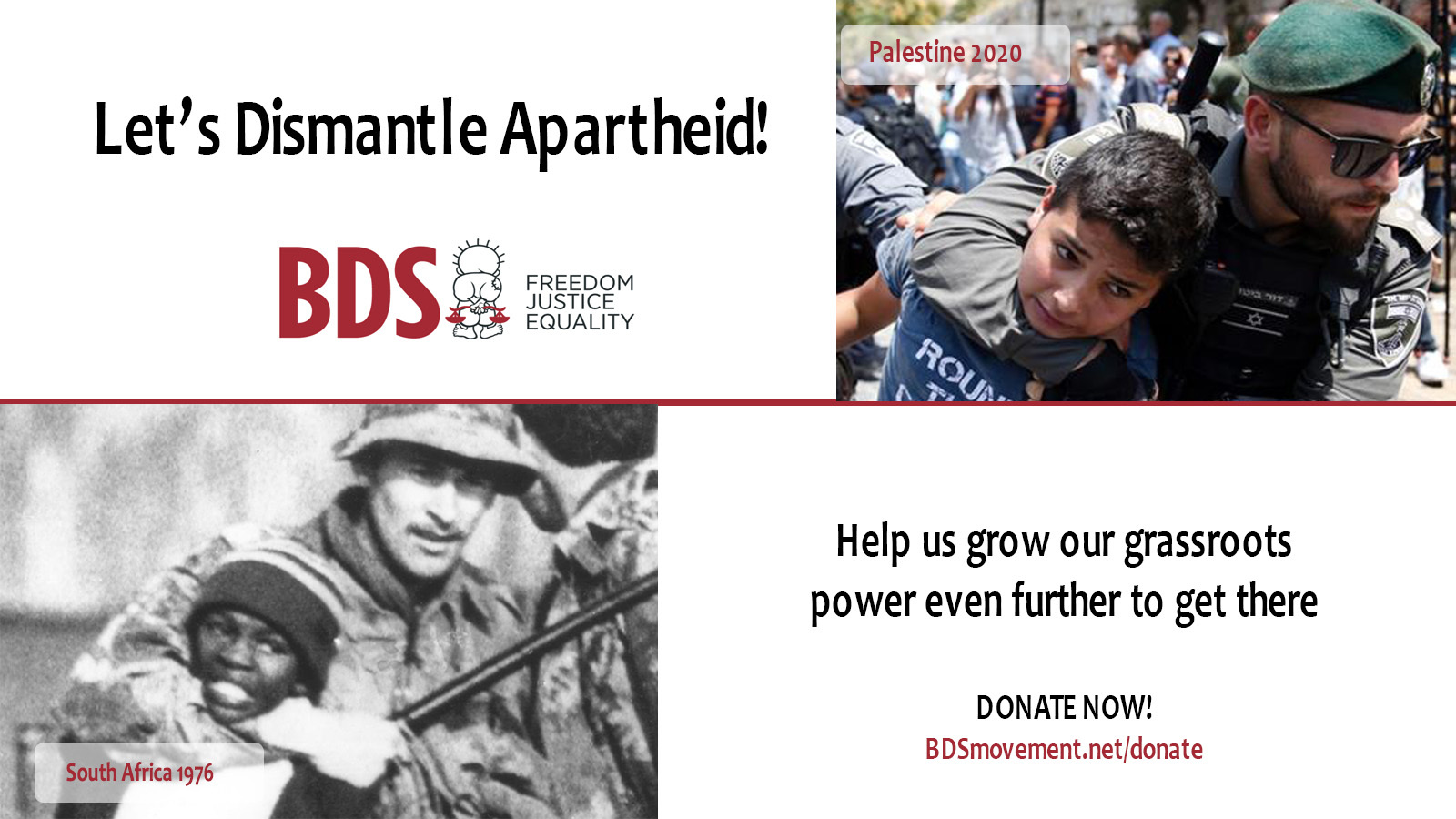 In 1994, I joined hundreds of millions in celebrating the end of apartheid in South Africa. Those of us who were involved, even modestly, in the global boycott movement then watched in tears as Nelson Mandela became president of a free South Africa. We took pride in being part of that glorious history.

Now, 27 years later, a similarly vibrant global solidarity movement nourishes our hope of dismantling Israel’s regime of apartheid, settler-colonialism and military occupation to enjoy freedom, justice and equality. The BDS movement I helped to found in 2005 has proven to be the most effective form of international solidarity with our liberation struggle.

Help us grow our grassroots power even further to get there. DONATE now.

Lawful, targeted international sanctions on apartheid Israel, similar to those ultimately imposed on apartheid South Africa, are necessary. These can start with banning military, spyware and security trade with Israel and its complicit companies and institutions. All this requires growing our grassroots power to pressure parliaments and governments to support, as a key building block, a UN investigation into Israeli apartheid against the Indigenous Palestinian people. With Human Rights Watch and B’Tselem confirming what Palestinian human rights experts have said for decades, that Israel is an apartheid state, this task should be easier today than it has ever been.

Massive social, racial and climate justice movements, as well as progressive trade unions and political parties, together representing tens of millions of people around the world, now recognize that Israel must be held accountable to the same standards of international law as any other state committing similar crimes against humanity.

Help us end Israel’s exceptionalism by donating to the BDS movement.

Our South Africa moment is nearing. It will arrive when people’s power reaches a critical mass, a tipping point at which elected officials will be obliged -- for political, not just moral reasons -- to endorse targeted sanctions on Israel, to be on the right side of this glorious history.

Your support can get us there. Donate now.

Co-founder of the BDS movement, co-recipient of the 2017 Gandhi Peace Award.