August 1, 2022
/ By
Palestinian Campaign for the Academic and Cultural Boycott of Israel (PACBI)
/ 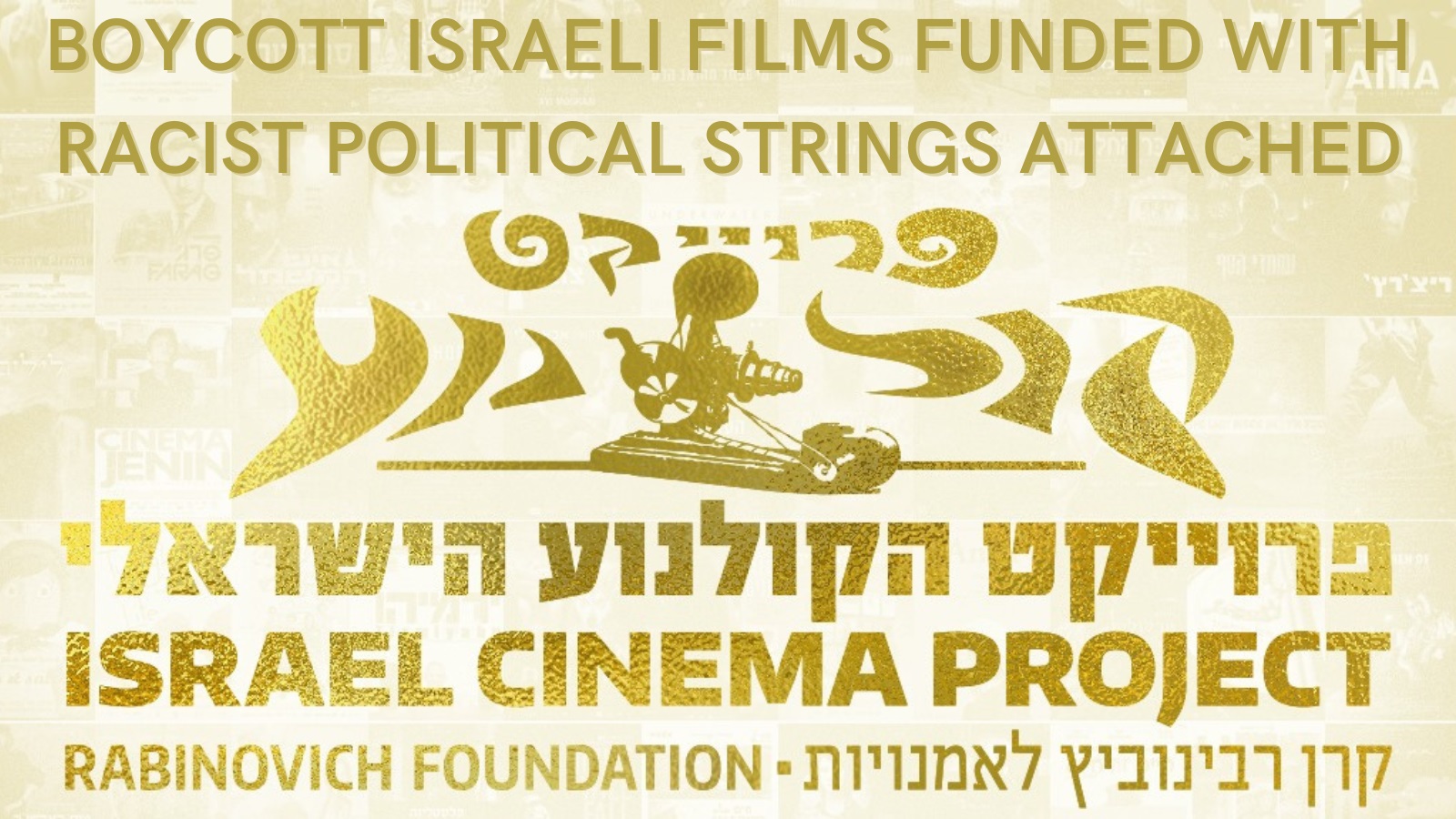 The Palestinian Campaign for the Academic and Cultural Boycott of Israel (PACBI) calls on all film institutions, including international festivals, cinemas and distributors, to boycott films funded from 2017* onwards by the Yehoshua Rabinovich Foundation for the Arts’s Israel Cinema Project.

As a leaked copy of its contract shows, Rabinovich’s Cinema Project, apartheid Israel’s largest film fund, practices censorship, attaching blatant political conditions to its funding. It obligates film producers to omit in their films any mention of Israel's system of apartheid and the ethnic cleansing inherent to its foundation.

Leading human rights organizations including Amnesty International, Human Rights Watch, and Israel’s largest such organization B’Tselem, have confirmed the long-held analysis among Palestinians, South Africans, legal scholars and many others that Israel is an apartheid regime.

Israel was established as a “regime of Jewish supremacy from the Jordan River to the Mediterranean Sea,” as B’Tselem describes it, through a determined campaign of ethnic cleansing known as the Nakba. Starting in 1947 and escalating in 1948, Zionist militias, and later the state of Israel, violently destroyed over five hundred Palestinian towns and villages, forcing most of the Indigenous Palestinians into exile as refugees, and denying their UN-stipulated right to return.

By dictating that any Israeli film producer seeking funding from the Project must not portray on screen Israel’s perpetration of apartheid and ethnic cleansing, the Rabinovich Foundation is conditioning its funding on shielding Israel from international scrutiny and accountability.

BDS guidelines for the international cultural boycott of Israel – set by PACBI and agreed through democratic consensus by Palestinian civil society – reject censorship and uphold freedom of expression. BDS strictly targets institutions, not individuals, for their complicity in Israel’s decades-old regime of oppression against Palestinians. The content itself of any cultural product, including films, is not relevant for determining whether or not it is boycottable according to BDS guidelines.

In accordance with these guidelines, Israeli films that receive state funding as part of an individual Israeli citizen’s entitlement as a taxpayer – such as through Rabinovich’s Cinema Project which is supported by the Israeli ministry of culture – are not boycottable unless this funding is “attached to any political strings.” These strings “specifically refer to conditions that obligate a fund recipient to directly or indirectly serve the Israeli government’s or a complicit institution's rebranding or propaganda efforts.” If such political conditions are attached to the funding, the film in question becomes clearly complicit in art-washing Israel’s colonial and apartheid system, contributing to its attempts to obscure or sanitize this reality.

In the case of the Yehoshua Rabinovich Foundation for the Arts’s Israel Cinema Project, these political strings are now a matter of undeniable fact, at least since 2017. Since Palestinians with Israeli citizenship also seek funding from the state’s largest film fund for their film projects, as they are entitled to do as taxpayers, these contractual conditions are also shamelessly racist. Forcing Palestinian recipients to take a loyalty oath to a Jewish supremacist state that denies their very national existence as the Indigenous people is beyond racist.

Films produced with the support of other major Israeli state film funds must continue to be considered on a case-by-case basis to carefully examine whether any political strings are attached. Whether or not to campaign for the boycott of Rabinovich-funded films is a question of strategy and context-sensitivity that is separate from whether such films are boycottable. PACBI welcomes enquiries from BDS partners and supporters.

A further example of the Rabinovich Foundation’s complicity in Israel’s regime of military occupation, apartheid and settler-colonialism is its apparent support of the so-called Samaria Film Festival. According to Israeli media, the two most senior directors of the foundation “made a point of attending” the festival in Ariel, an illegal settlement in the occupied Palestinian West Bank, provoking a boycott of the fund from several Israeli filmmakers. Other leading figures in Israel’s complicit film and television sector also joined the festival, as did the current racist culture minister.

Support is growing among film professionals for effective measures to hold apartheid Israel to account for its crimes against Palestinians. Hollywood stars, leading film directors, queer filmmakers and many others have taken principled stands in endorsing the Palestinian call for effective measures to ensure accountability for Israel’s apartheid regime.

In response to Russia’s then days-old illegal invasion of Ukraine, the European Film Academy was one of many film institutions in the West to boycott all Russian films on the flimsy – even xenophobic – basis of the filmmakers’ identity as Russian. These discriminatory boycotts are at odds with BDS’s nuanced, ethical guidelines for the international cultural boycott of Israel. Palestinians are not asking for Israel to be treated as a special case. The opposite is true. Israel should not be exceptionalised. The glaringly hypocritical double standard must end.

Inspired by the international solidarity that helped to end apartheid in South Africa and the boycotts adopted by the US civil rights movement, and rooted in decades of Palestinian popular resistance, the nonviolent BDS movement promotes strategic campaigns to challenge international complicity in Israel’s apartheid regime. Its aims are to end Israel’s military occupation of Palestinian (and Syrian) land occupied since 1967, full equality for Palestinians with Israeli citizenship, and the right of return for Palestinian refugees.

PACBI is a founding member of the Boycott, Divestment and Sanctions National Commitee (BNC), the largest coalition in Palestinian society that is leading the global BDS movement. Email us with enquiries: [email protected]

Rabinovich Foundation
August 1, 2022
/ By
Palestinian Campaign for the Academic and Cultural Boycott of Israel (PACBI)
/ 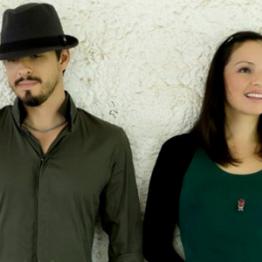