November 11, 2022
/ By
Palestinian Campaign for the Academic and Cultural Boycott of Israel (PACBI)
/

Take action to tell the International Chess Federation to relocate its chess championship away from Israeli-occupied Palestinian East Jerusalem. There are no good moves in apartheid Israel! 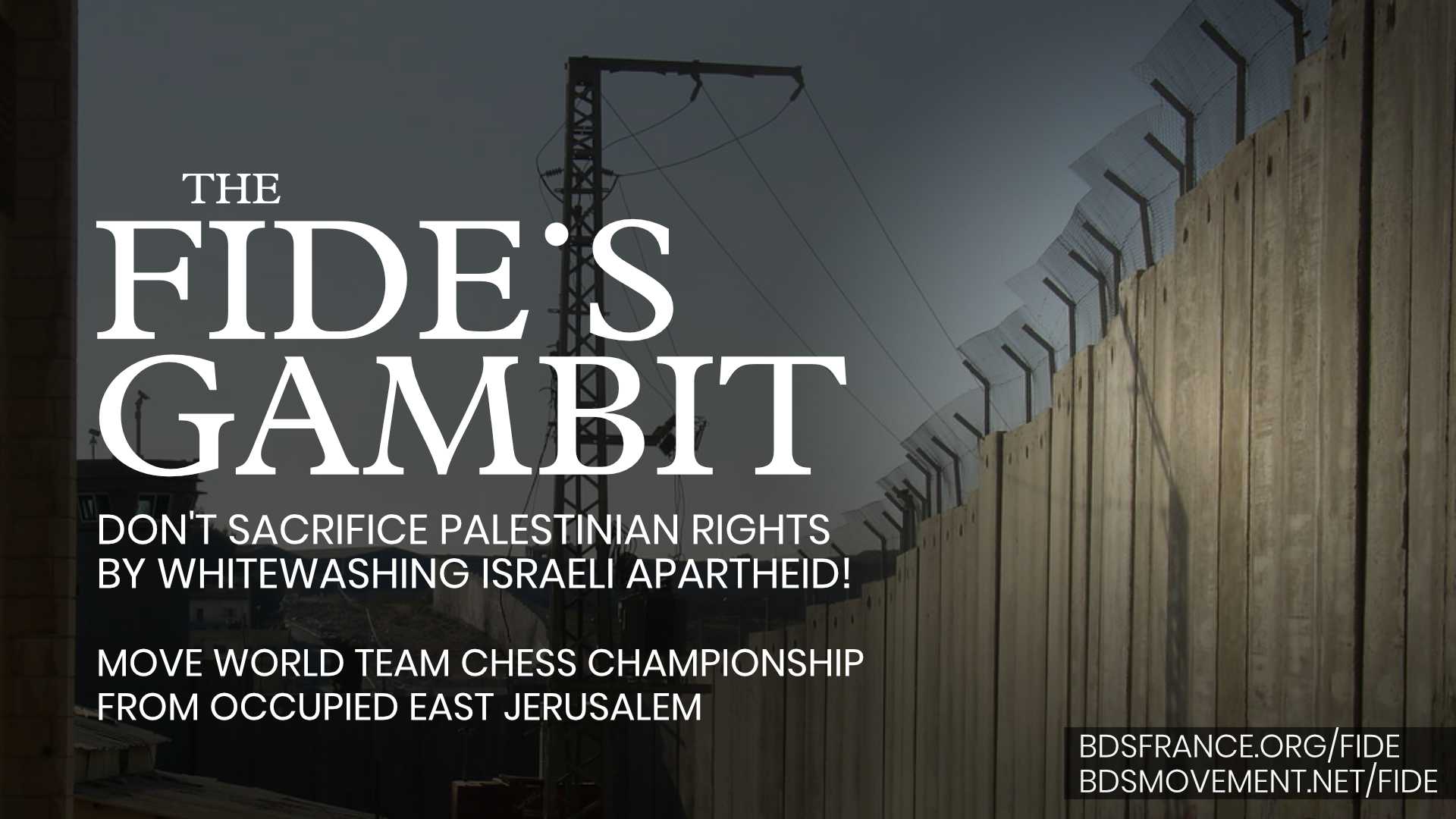 Gambit. It’s the term for a chess opening in which a player sacrifices a piece.

As Palestinians struggle against the violence of Israel’s gradual ethnic cleansing in occupied East Jerusalem and across all of historic Palestine, FIDE plans to hold a chess tournament in an illegal Israeli settlement on stolen Palestinian land, in defiance of numerous UN resolutions.

Indigenous Palestinians are calling on FIDE to move the tournament to a country not committing war crimes and crimes against humanity. We are calling on participating teams, including Spain, France, Netherlands, Poland, India, South Africa, and the United States, to withdraw should FIDE go ahead with it as planned.

The Palestinian Chess Forum of the Shatila Refugee Camp in Lebanon noted that while their players “are prevented from competing in chess tournaments in our homeland, apartheid Israel will be welcoming international teams for the FIDE tournament to occupied East Jerusalem.”

FIDE took immediate steps just days into Russia’s illegal invasion of Ukraine to bar Russia and Belarus from holding official tournaments and their teams from participating in FIDE tournaments.

Tell FIDE to drop this double standard and consistently apply the same principles by holding Israel to account for its decades-long denial of Palestinian rights.

Take action to tell FIDE there are no good moves in apartheid Israel.

Share these images, tag @Fide_chess and use the hashtag #MakeTheRightMove: 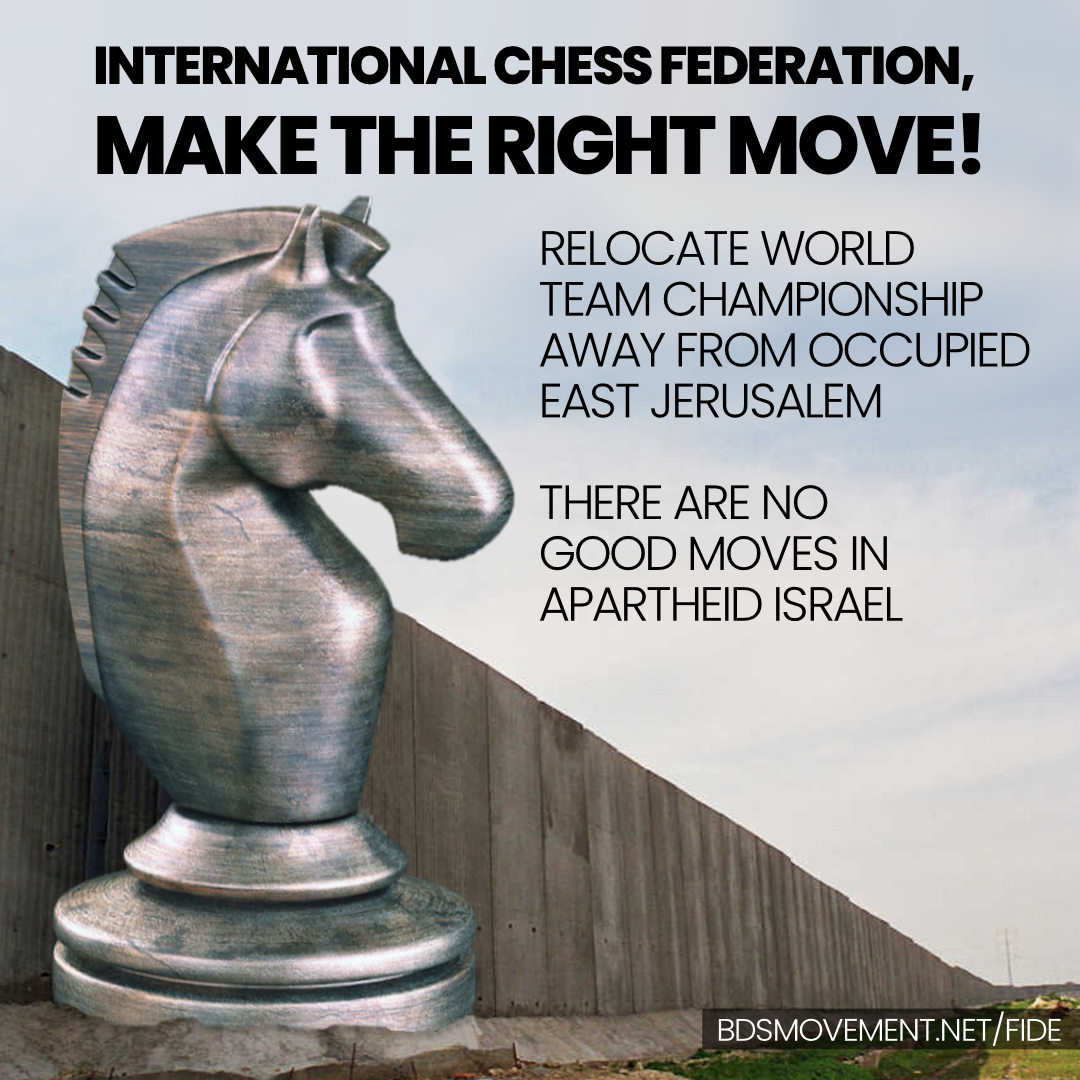 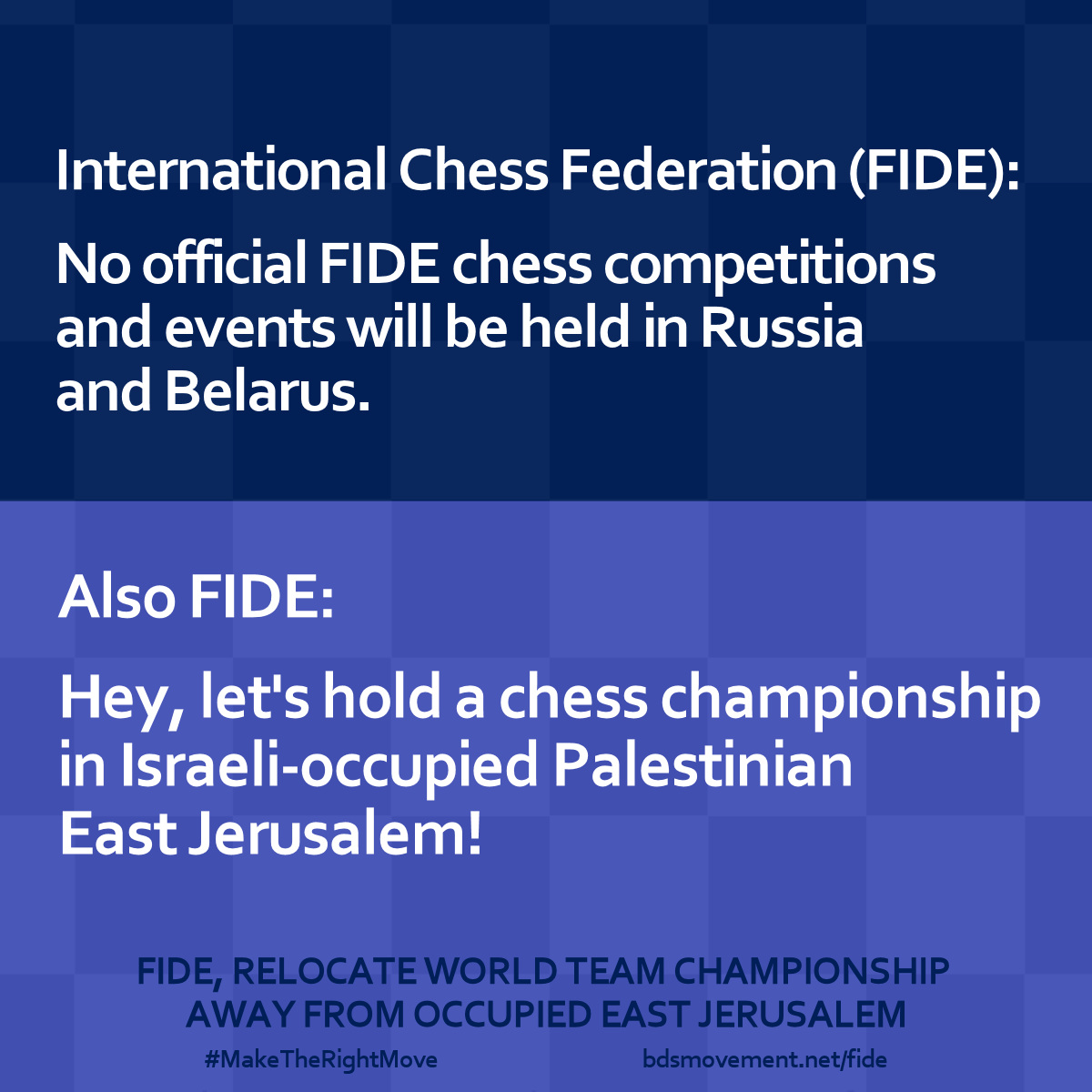 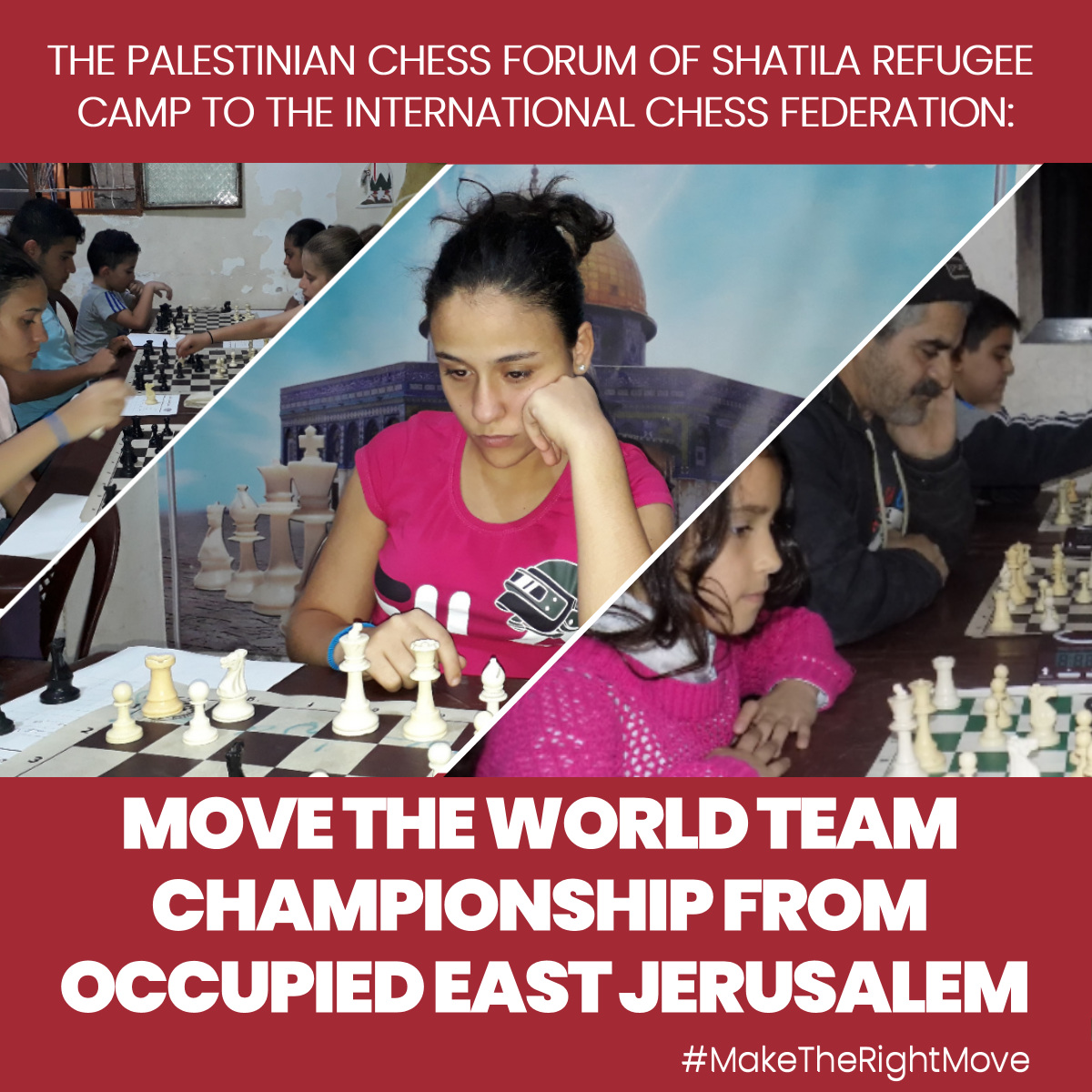 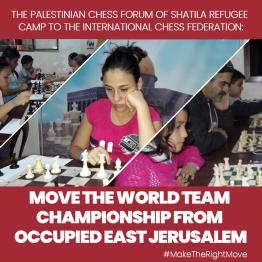 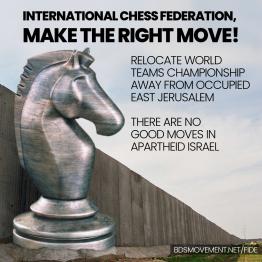