The Palestinian Chess Forum of the Shatila Refugee Camp calls on the International Chess Federation to relocate tournament from Israeli-occupied Palestinian East Jerusalem. 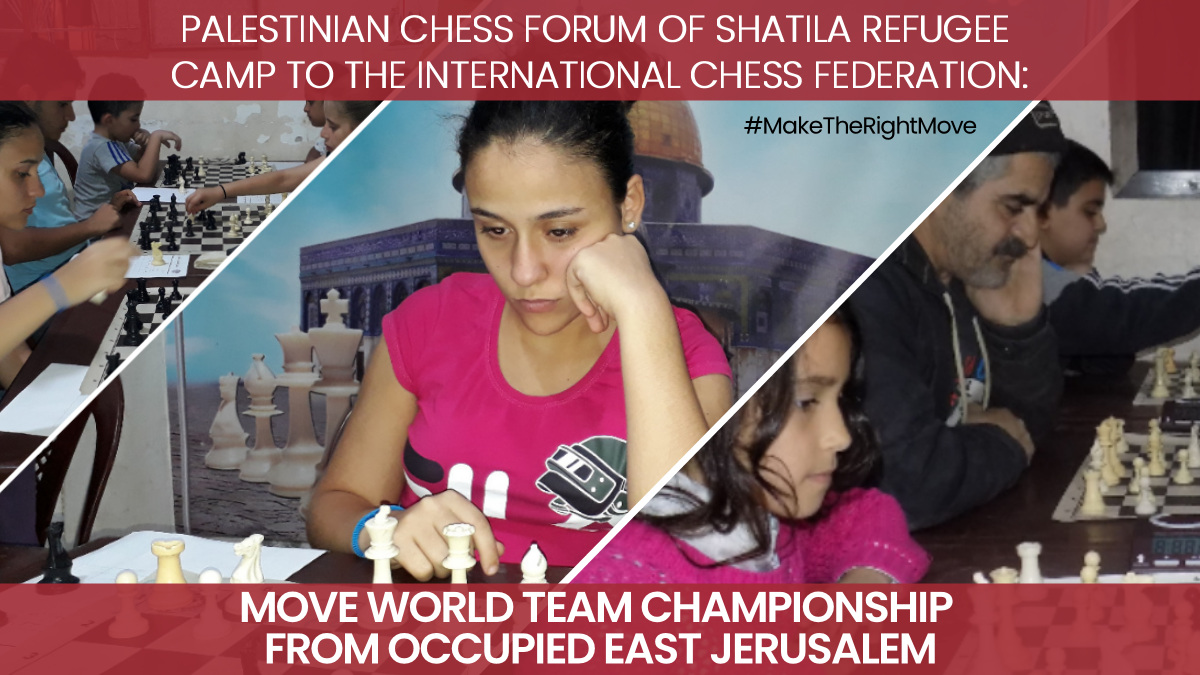 We are writing from the Palestinian Chess Forum of the Shatila Palestinian refugee camp in Lebanon to urge the International Chess Federation (FIDE) not to hold the 2022 World Team Championship in occupied East Jerusalem or anywhere under the control of Israel’s regime of military occupation and apartheid.

We are sons and daughters of Indigenous Palestinians driven out of our homeland by Zionist militias and, later, the Israeli military. We have been living in forced exile for over seven decades. The Israeli regime prevents more than 9 million Palestinian refugees to exercise our inherent, UN-stipulated right to return home.

Whilst we are prevented  from competing in chess tournaments in our homeland, apartheid Israel will be welcoming international teams for the FIDE tournament to occupied East Jerusalem. Israel knows that this will help cement its illegal control over what is internationally recognised as an occupied Palestinian city over which Israel has no legal sovereignty. Israel also knows that hosting the FIDE tournament will contribute to whitewashing its image which helps to maintain its impunity despite decades of denying basic human rights to all Palestinians.

As chess players, we study our moves carefully. In this case, FIDE has but two moves before it.

FIDE can consistently stand on the side of human rights and international law, as it did when it took immediate action to prohibit Russia and Belarus from holding FIDE competitions.

Or FIDE can adopt a blatant double standard, standing with Israeli apartheid and its decades-long oppression of Palestinians, and be remembered as doing so.