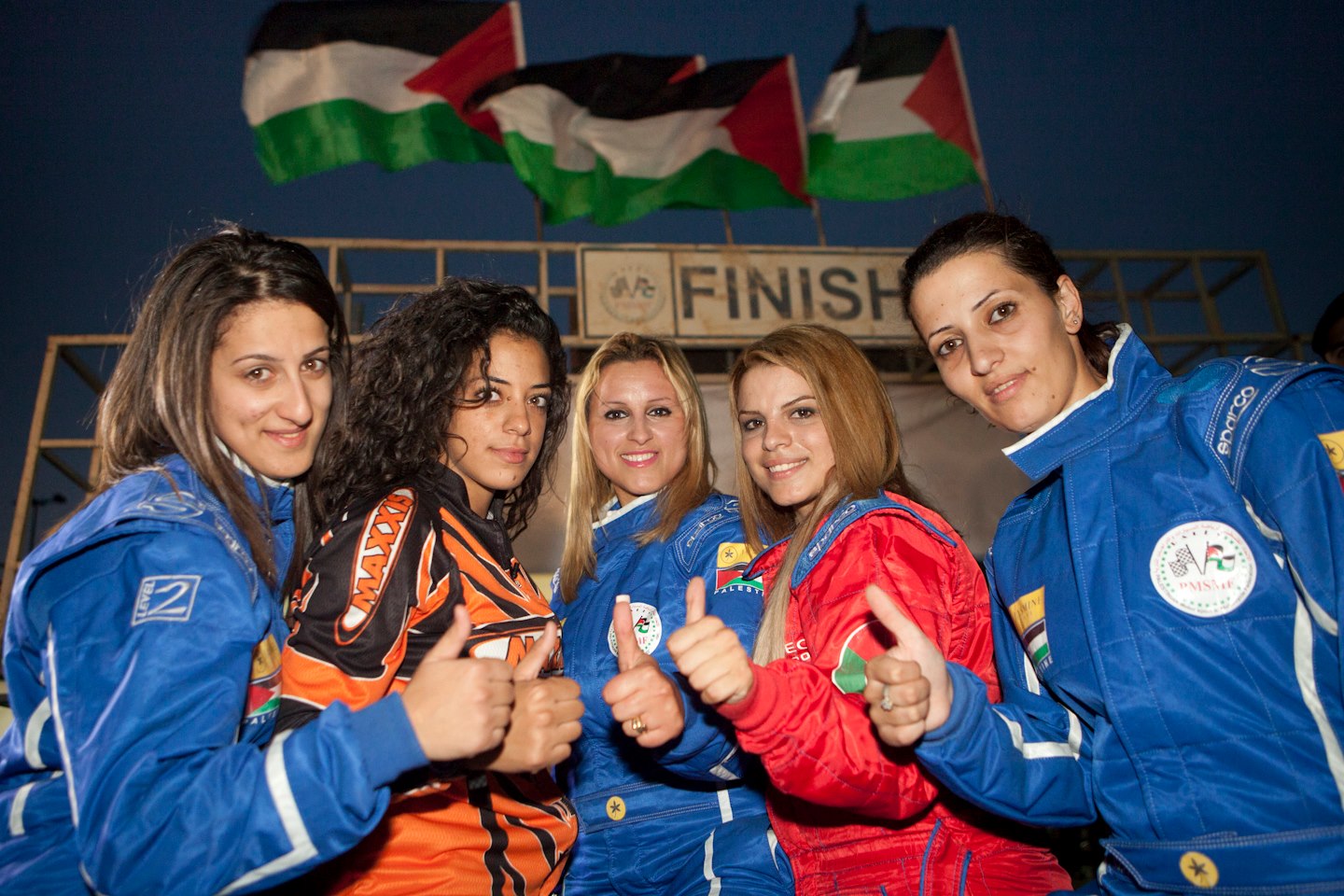 Take action to send this letter to the W Series drivers!

We are writing to you from the occupied Palestinian territory. We are the Speed Sisters, the first all-women professional race car driving team in the Middle East.

We were thrilled to learn of W Series and your mission to promote the participation of women in motorsports. Like you, we have worked long and hard both to perfect our sport and overcome obstacles.

We send our solidarity to you in these uncertain times. We understand your pre-season test was recently canceled due to the Covid-19 pandemic. We know how disappointed you must be and how difficult it is to train when scheduled races are uncertain. We hope you and your loved ones are safe.

Considering your mission to advance equality and diversity, we also wanted to send you our concerns over your partnership with Puma. We know all too well how difficult it can be to find sponsors for women’s sports. However, we felt certain you would want to know about Puma’s involvement in serious violations of international law and human rights.

Puma is the main sponsor of the Israel Football Association (IFA), which, as documented by Human Rights Watch, includes football clubs based in illegal Israeli settlements on occupied Palestinian land in violation of international law. In addition, Puma’s exclusive licensee in Israel, Delta Israel, was listed in the recently launched United Nations database of companies involved in activities relating to Israeli settlements.

Israeli settlements are illegal land grabs pushing indigenous Palestinian families from their homes and robbing us of our natural resources. They are an integral part of Israel’s 53-year military occupation that denies Palestinians our right to freedom of movement, hampering the development of Palestinian sports and the careers of Palestinian athletes.

You can only imagine what this means for us as race car drivers. No matter which direction we drive in the occupied Palestinian territory, we run up against Israel’s military road blocks, separation wall, and segregated Israeli-only roads and settlements.

The Israel Football Association has refused to take measures to end its complicity in Israel’s settlement enterprise, despite condemnation by a UN advisor, more than 150 elected officials, including members of European Parliament, Swiss Parliament, Danish Parliament and the British House of Commons, prominent public figures, including Miriam Margolyes, Noam Chomsky and Ken Loach, and international civil society and human rights groups representing millions.

More than 200 Palestinian sports teams and athletes, including Aya Khattab, a player for the Palestinian Women’s National Football Team, have called on Puma to end its support for Israel’s military occupation by terminating its sponsorship deal with the IFA. While Puma has replied to the Palestinian teams, it failed to even remotely address the issues raised, claiming instead a “devotion to universal equality.”

As one of the world’s top athletic apparel makers, Puma’s sponsorship brings international legitimacy to the IFA and helps keep the IFA’s direct involvement in violations of human rights and international law out of the spotlight.

At the same time, the IFA sponsorship and Puma’s activities in illegal Israeli settlements tarnishes Puma’s own reputation and calls into question the good work Puma is doing to advance social justice, including gender equality.

We are inspired by the widespread support for the call from Palestinian teams and athletes, particularly from the world of sports. Malaysia’s largest university dropped Puma as sponsor of its football team. Following tens of thousands of messages to UK football clubs, Chester FC decided not to renew its contract with Puma, citing “ethical working practices” among its criteria.

We urge you to end the W Series partnership with Puma until the company suspends its sponsorship of the IFA and all activity in Illegal Israeli settlements.