Give Puma the Boot: #BoycottPuma International Day of Action 15 June 2019

April 11, 2019
/ By
Palestinian Campaign for the Academic and Cultural Boycott of Israel (PACBI)
/
Join the international day of action to demand Puma end its support for illegal Israeli settlements on stolen Palestinian land. Take action at Puma shops, Puma offices or offices of Puma-sponsored teams. 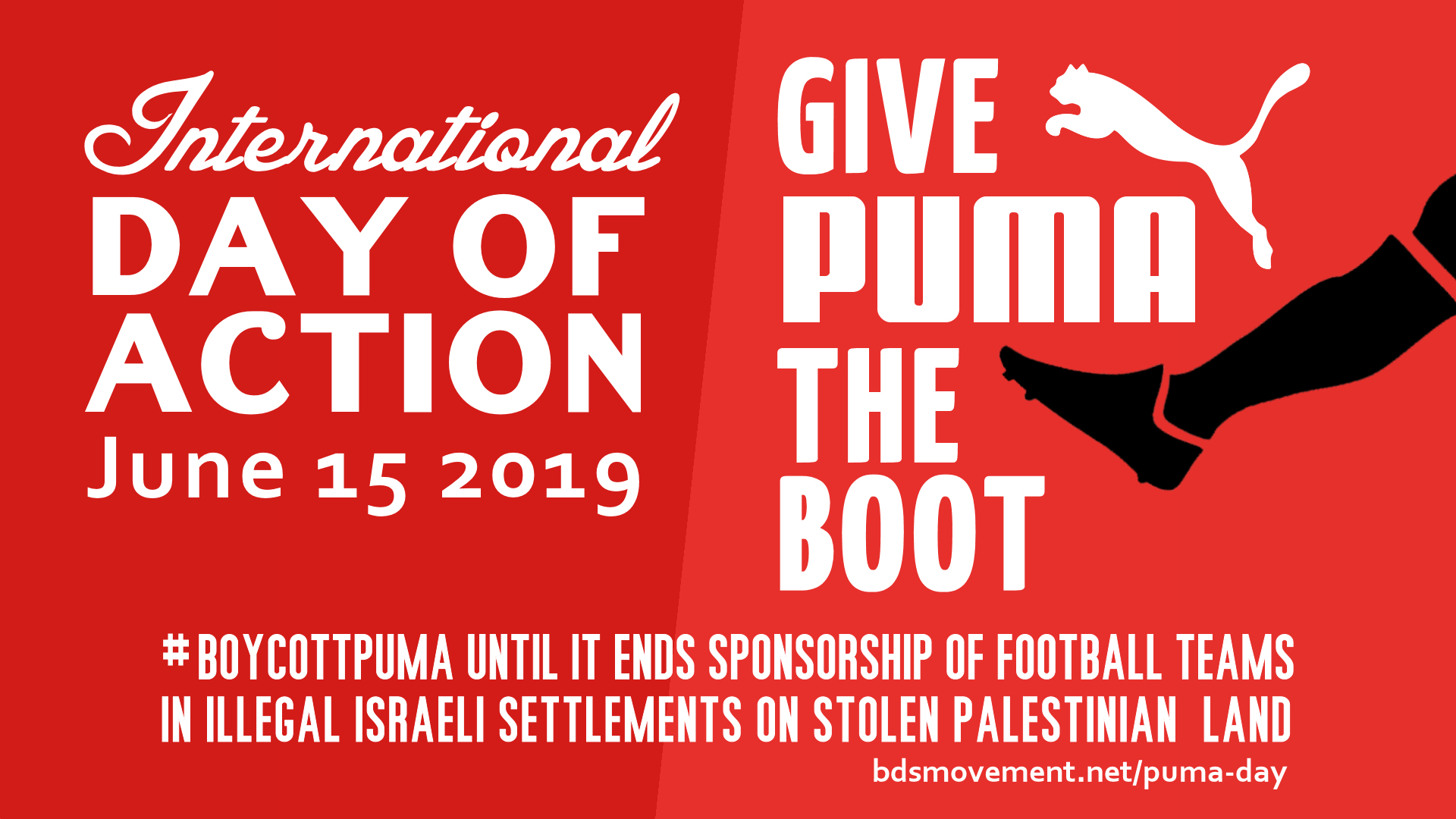 Palestinian teams and athletes are calling for a boycott of Puma over its support for illegal Israeli settlements on stolen Palestinian land.

Is your group interested in the #BoycottPuma International Day of Action?
Register here for updates and resources!

When companies like Puma sponsor and profit from illegal Israeli settlements, they give a nod to Israel’s far-right regime that its criminal land grabs and attacks on Palestinian sports can continue unabated.

Across the world, groups are organizing campaigns and actions to demand Puma proves that its stated commitment to social justice isn’t just a marketing ploy.

Take action at Puma shops, Puma offices or offices of Puma-sponsored teams, organize a workshop on Israel’s attacks on Palestinian sports, involve popular sports teams and fan clubs, join social media actions and more. See below for more ideas on how to join in.

Now is the time to start identifying Puma locations and Puma-sponsored teams in your area.

Register your group here for the International #BoycottPuma Day of Action to receive resources and updates.

Below are just a few of the ways your group can get involved in the #BoycottPuma Day of Action.

And get creative! Bring sports themes to your protests and livestream actions on social media.

1. Organize a creative action at a Puma shop

Get creative. Organize a mock football match or sporting event at a Puma shop. Use Puma’s store locator to find Puma branded shops in your city.

2. Organize a protest at Puma offices

Deliver the letter from 200 Palestinian clubs to Puma offices.

3. Organize a talk or workshop

Involve local sports associations in a workshop or public talk on Israel’s attacks on Palestinian sports and the #BoycottPuma campaign. Get in touch for possible speakers: [email protected]

5. Start a campaign for Divestment

Israel Football Association
April 11, 2019
/ By
Palestinian Campaign for the Academic and Cultural Boycott of Israel (PACBI)
/ 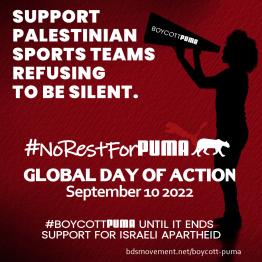