We write as elected Members of the European Parliament who are committed to upholding the integrity of international sports to express our concern over involvement of a UEC member federation and a UCI Pro Continental team in violations of international law.

In May 2017, the ICF sponsored the Sovev Planet Jerusalem cycling event, whose route went through occupied East Jerusalem. Among the ICF’s national league competitive races is a multi-stage race held in the occupied Golan Heights in 2016 and 2017.

In addition, the Israel Cycling Academy (ICA), a UCI Pro Continental team, also participates in races in the occupied Palestinian territory. The ICA is listed as a participating team in race through occupied East Jerusalem to the illegal Israeli settlement of Pisgat Ze’ev, to be held in late April 2018.

Holding and sponsoring activities in these areas run counter to UEC’s commitment “to promote sporting ethics in general and especially in cycling” and to UCI’s responsibility to “safeguard the integrity and reputation of cycling throughout the world.” They also constitute clear violations of international law.

The European Union and the international community recognize the West Bank, including East Jerusalem, and the Syrian Golan Heights as occupied by Israel.

Israel’s infrastructure of occupation, including military checkpoints, roadblocks, walls, exclusionary settlements and roads, denies Palestinians, including cyclists and other athletes, their right to freedom of movement. Israel makes no secret of its use of sporting events as a means to legitimize illegal occupation policies at the expense of Palestinian human rights.

We are further concerned by actions of the organisers of the Giro d’Italia, a UCI World Tour event and premier European cycling race, that legitimise Israel’s unlawful annexation of East Jerusalem and claimed sovereignty over the entire city.

UN General Assembly Resolution 181 (1947) established Jerusalem as a corpus separatum under a special international regime. The UN has repeatedly reiterated its positions that "any actions taken by Israel, the occupying Power, to impose its laws, jurisdiction and administration on the Holy City of Jerusalem are illegal.”

The actions of the Giro d’Italia have been strongly condemned by Palestinian officials, stating that the UCI World Tour event is “complicit in Israel’s military occupation and its egregious violations of international law, conventions and consensus.”

This complicity comes at a time when the US administration of Donald Trump has brazenly flouted international law and consensus, recognising Jerusalem as Israel’s capital. One of Europe’s top sporting events, UCI World Tour race Giro d’Italia, is now in the awkward position of supporting a dangerously reckless move that has been met with universal condemnation the world over.

UEC and UCI must uphold your collective responsibility to defend fair play and ensure the sport of cycling is not used to normalise and shield unlawful acts that deny an entire people their dignity and UN-sanctioned human rights.

We urge you to act in accordance with the UCI Code of Ethics, the UEC Constitution and international law by imposing sanctions on the Israel Cycling Federation and the Israel Cycling Academy, including a possible suspension of membership, until such races in the occupied territories end in order to safeguard the sport of cycling and the rule of law.

We further call on you to require the organisers of the Giro d’Italia to move the start of the 2018 race from Israel or face growing international protest against the involvement of a premier UCI race in grave violations of international law.

Immediate action on your part will contribute to preserving the role of sports in the promotion of peace, harmony and respect for human rights. 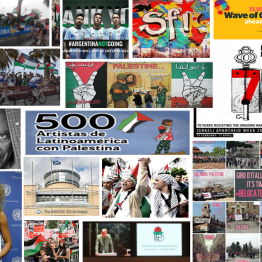 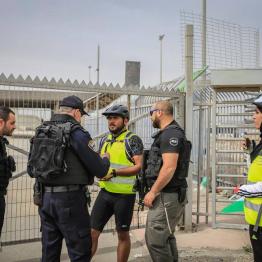