Skip to main content
In the News
This article is reposted from
Latin American BDS Coordination
, click here to read the original article.

Academics from 17 Latin American countries have signed a public declaration for the boycott of complicit Israeli academic institutions, in a show of solidarity with the Palestinian people. 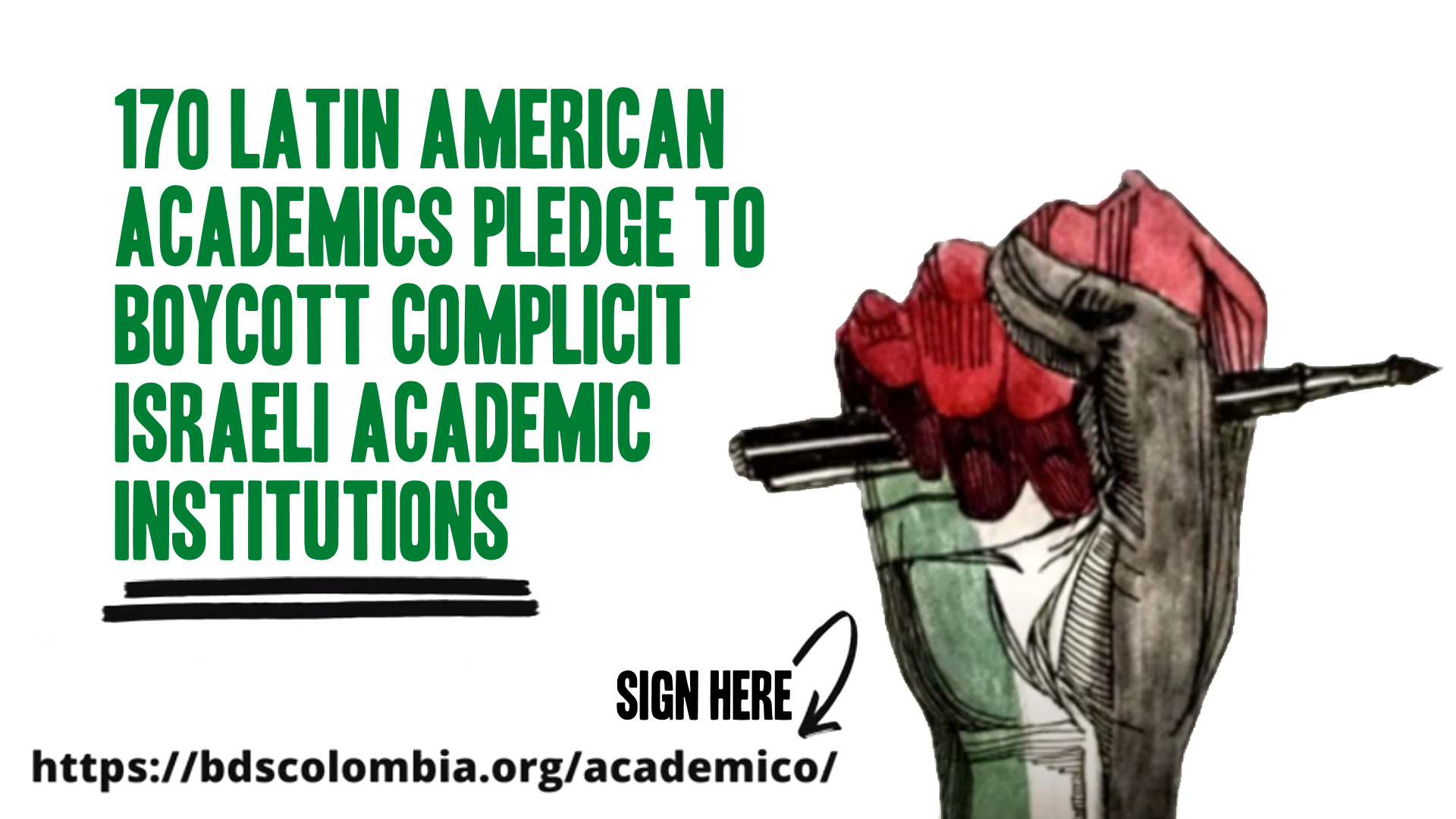 170 academics from 17 Latin American countries have signed a public declaration for the academic boycott of Israel, in a show of solidarity with the Palestinian people, including the Palestinian academic community.

In their statement, the signatories commit not to participate in any type of academic exchange or cooperation with or accept funding from complicit Israeli institutions or the State of Israel. In addition, they call on Latin American universities to suspend cooperation with complicit Israeli institutions, until Israel respects the UN- sanctioned political and human rights of the Palestinian people.

The boycott of complicit Israeli academic institutions was initiated in 2004 and later became a key part of the Boycott, Divestment and Sanctions (BDS) movement against Israel's occupation and apartheid regime. It was launched in response to the institutional support of all Israeli universities for Israel’s policies of occupation and apartheid against the Palestinian population, which, among other things, includes close cooperation with the Israeli military and discriminatory policies against Palestinian students.

The full list of signatories will be released in 2021. In the meantime, university professors or researchers in Latin America can read the statement and add their signature here.