Skip to main content
In the News
This article is reposted from
Bill Mullen at SOCIALISTWORKER.org
, click here to read the original article.

Why was BDS beaten at the MLA conference?

Bill Mullen, a professor of American Studies at Purdue University and supporter of the boycott, divestment and sanctions campaign for Palestinian rights, explains the outcome of an effort to get the Modern Language Association in the United States to stand in solidarity with Palestinians. He also discusses what lessons we can draw for the future.

MLA Vote For Justice in Palestine.png

THE DELEGATE Assembly of the Modern Language Association (MLA), a professional organization of professors of language and literature, last week voted against a resolution in favor of boycotting Israeli universities. The association also voted, by a narrower margin, to reject academic boycotts in toto.

The voting reflected backchannel influence of Israeli state actors, anti-boycott sentiment in the MLA leadership, the effects of a threatened lawsuit by pro-Israel forces, and a carefully orchestrated public relations campaign by supporters of Israel. In the end, proponents of the boycott, divestment and sanctions (BDS) campaign were out-resourced and outmaneuvered.

The decisive votes came after two years of debate within the association. The vote against boycotting Israeli universities must still be ratified by 10 percent of the MLA membership to become official policy.

Advocates of the BDS resolution made a strong case to the Delegate Assembly that a vote to boycott Israeli universities would demonstrate opposition to the illegal occupation of Palestine, and extend academic freedom to Palestinian scholars and students who are subject to checkpoint harassments, bombings, raids on and closures of universities, arrest and repression, restricted movement across international borders and within Palestine, and stark material work conditions.

These arguments won the support of 79 out of 192 delegates--about 41 percent.

The resolution condemning academic boycotts was co-authored by Stanford University professor Russell Berman and retired University of Illinois at Urbana-Champaign professor Cary Nelson, famous for his leading role in the firing of Palestinian-American Steven Salaita from the university in 2015.

The anti-boycott resolution relied on long-standing pro-Israel canards that a boycott would limit the academic freedom of Israeli scholars and inhibit "dialogue" between Israel and Palestinians--charges that BDS advocates have responded to many times.

AT THE meeting in Philadelphia, the two sides engaged in a stark debate.

At a town hall meeting organized by the association, a diverse array of mostly younger scholars, graduate students and longtime BDS activists argued forcefully that Israel's founding as a settler-colonial, racist, apartheid state was buttressed by Israeli universities that develop and manufacture weapons to support the occupation and discriminate against Palestinian applicants.

Many argued that support for boycott was especially incumbent on U.S. scholars who pay taxes toward a $38 billion aid package from the U.S. government to Israel that defends the occupation.

Responding arguments from anti-boycott scholars were laced with racist, paternalist claims. One University of Illinois scholar said that Palestinian women were lucky to attend Israeli universities because they were oppressed by men in their own culture--a dog-eared colonialist cliché.

Other opponents of the boycott said that refusing cooperation with Israeli universities would inflict suffering on Israeli scholars who are the "best" of their society.

However, no serious movement among Israeli scholars exists to resist the occupation or support Palestinian academics. Similarly, no significant movement exists to challenge the 2011 Knesset Law that makes public support for BDS a civil offense.

Because of that law, a group of Israeli scholars in solidarity with the MLA pro-boycott resolution was forced to send an anonymous, unsigned letter of support alleging that Israeli scholars often used "reverse victimhood" arguments to make themselves appear to be the ones who suffer. As the letter stated:

The Israel-led campaign against the boycott of Israeli academic institutions rallies around the claim that if adapted it will hurt progressive Israeli scholars. Campaigners use this tactic to divert attention from the plight of the entire Palestinian population living under Israel's elaborate system of colonial repression and injustice to a manufactured victimization of Israeli academics. This is a manipulative inversion of victimhood.

Palestinian academics have been working and living under harsh conditions for decades. Israel has systematically isolated and stifled the Palestinian academe by preventing academics from accessing their campuses, traveling to conferences, and welcoming international guests at their home institutions; by persecuting individual scholars; and by shutting down, attacking, and invading campuses. For Palestinians these have been daily realities that directly limit their ability to engage in academic activities.

By contrast, under the emergent boycott, Israeli academics have faced neither the kind nor the degree of unfreedom that Palestinians have been experiencing, nor will BDS ever subject us to anything remotely similar. Nonetheless, most Israelis are concerned with academic isolation only in relation to their own imagined (present and future) difficulties under the threat of boycott.

The pro-boycott forces within MLA also received strong statements of support from major scholars within the field of language and literature, including Judith Butler, Bruce Robbins and Pulitzer-Prize-winning novelist Viet Nguyen. The town hall arguments of BDS supporters clearly won the majority of attending members, but the Delegate Assembly is an elected body that appeared to be stacked with opponents of the boycott resolution.

WHAT ARE the lessons from the MLA defeat?

First, that Israel's hasbara campaign against BDS is penetrating deeply into efforts to defeat academic association resolutions to boycott. After the decisive vote, YNET reported:

In regards to the MLA decision, the fight was conducted within the association itself, led by Prof. Nelson from the University of Illinois, and Prof. Berman from Stanford University. They were assisted by various Jewish organizations, along with the Committee of University Heads in Israel," Professor Zigler continued.

These backchannel efforts were similar to tactics used by Israeli academics to narrowly defeat the American Anthropological Association (AAA) vote to boycott in April 2016. In that instance, pressure from Israel produced a letter opposing the AAA resolution signed by chancellors at all of the University of California system schools.

Second, opponents of academic boycott are feeling enormous pressure from the BDS movement to criticize the occupation. Speaker after speaker at the MLA opposing the academic boycott said that Palestinians were suffering under the occupation, that their lives were "shameful," and that something needed to be done. These words were unthinkable just one or two years ago from Zionists and liberal Zionists.

Third, well-coordinated grassroots BDS activism is still a powerful weapon against well-funded, state-supported campaigns to defend Israeli apartheid. The MLA anti-boycott group had assistance from a public relations teams to help shape its "message," and had the obvious favor of the rich, bureaucratic, MLA leadership, which tried at the last minute to amend the pro-boycott resolution so as to encourage a "no" vote.

Finally, organizers of BDS campaigns must continuously look to build broad coalitions. The MLA campaign fell short in part because it did not secure the backing of organizations inside and outside of the MLA that might have helped it win. For example, the MLA pro-boycott group might have secured statements of support from groups like Jewish Voice for Peace and Palestine Legal, which could have helped legitimate its case.

The MLA boycott campaign holds lessons of both instruction and optimism for the BDS movement. Supporters of Palestinian liberation should look to its example for evidence of what can be accomplished, even in the face of well-funded and well-coordinated opposition extending from the state corridors of Israel to the ivory towers of academe. 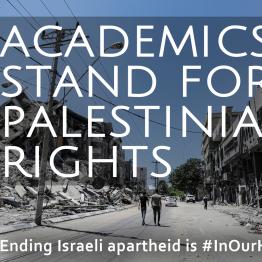 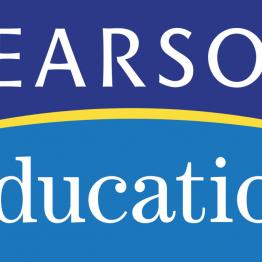