October 17, 2022
/ By
Palestinian Campaign for the Academic and Cultural Boycott of Israel (PACBI)
/
Uruguay

The decision follows compelling letters from Palestinian football teams, including those whose players have lost lives and limbs to Israeli bullets, urging Uruguay not to sportswash Israeli apartheid 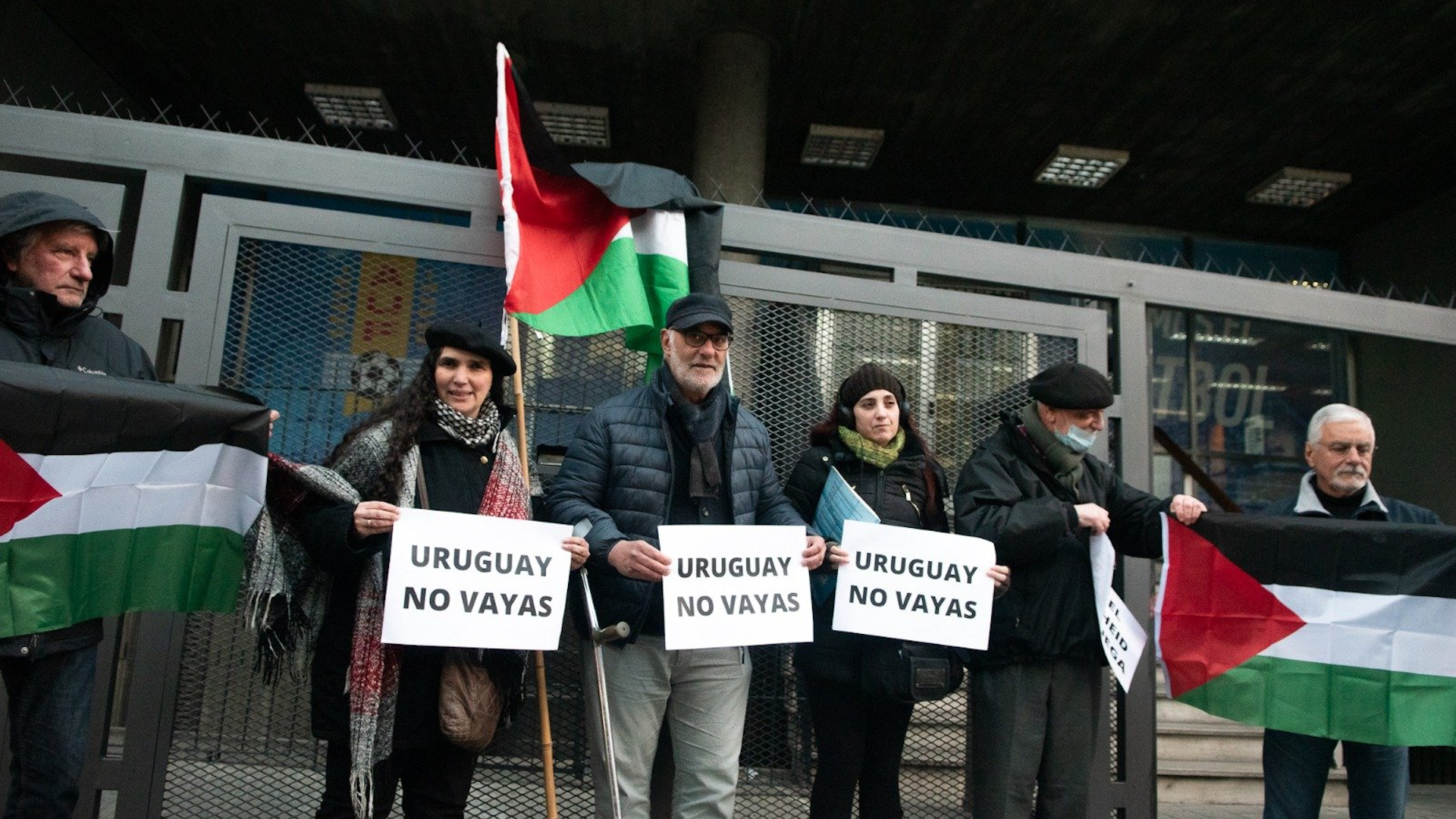 Following a months-long highly-effective campaign led by local Uruguayan groups, Uruguay’s national football team has announced it will not go ahead with plans to hold World Cup training in apartheid Israel.

The decision follows compelling letters from Palestinian football teams, including those whose players have lost lives and limbs to Israeli bullets, urging Uruguay not to sportswash Israel’s brutal regime of military occupation, settler-colonialism and apartheid.

We thank the Uruguayan organizations, including national trade unions, sports associations, and student federations, who campaigned for Uruguay not to play in apartheid Israel.

We are encouraged by the growing number of organizations that recognize and denounce sportswashing. Thousands of football fans and human rights supporters from around the world sent messages to Uruguay calling on the team to heed the call from Palestinian teams not to train where Israeli soldiers train to kill Palestinians.

We are inspired by the courageous stand taken by world class athletes and teams refusing to normalize Israeli apartheid and calling out the hypocrisy of Western based international sporting bodies. We urge all principled sports teams and athletes to follow their example, honoring the true values of sports.

We note, however, that we are deeply disappointed and concerned that Uruguay has now elected to help sportswash another repressive regime, with plans to hold its World Cup training in the United Arab Emirates. We hold the Uruguayan Football Association responsible for this decision.

We call on organizations and people of conscience to continue to denounce sportswashing, wherever it occurs.