(link to full text of resolution below) - 31 May 2010 [BRICUP] - The University and College Union, representing approximately 120,000 teaching and related staff in colleges and universities in the UK, has passed new policies supporting boycott, divestment and sanctions (BDS) against Israel. The debate took place on Sunday 30th May at the union’s Congress in Manchester.

(link to full text of resolution below) - 31 May 2010 [BRICUP] - The University and College Union, representing approximately 120,000 teaching and related staff in colleges and universities in the UK, has passed new policies supporting boycott, divestment and sanctions (BDS) against Israel. The debate took place on Sunday 30th May at the union’s Congress in Manchester.

Motion 30, proposed by the National Executive Committee, condemned “the failure of the international community to confront the Israeli government over the humanitarian disaster it is continuing to perpetrate in Gaza and the continued development of illegal settlements in the West Bank”, voted to work more closely with its Palestinian sister trade union (PFUUPE), and committed the union to working with bodies including Scottish TUC, Amnesty International and the Palestine Solidarity Campaign (PSC) to support the TUC’s 2009 Congress decisions. The TUC had voted to end arms sales to Israel, seek an EU ban on settlement goods and support suspension of the the EU-Israel Association Agreement which provides preferential trade facilities to Israel.

More strongly worded motions were to come. Motion 31, from the University of Brighton Grand Parade branch, agreed to establish an annual international conference on BDS, and “to sever all relations with Histadrut, and to urge other trade unions and bodies to do likewise” as well as campaigning actively against the EU-Israel Association Agreement.

Tom Hickey, proposing the motion, pointed out that the Histadrut had supported the Israeli assault on civilians in Gaza in January 2009, and did not deserve the name of a trade union organisation. An amendment to this motion, seeking instead to “form a committee which represents all views within UCU to review relations with the Histadrut” and report back in a year’s time, was resoundingly defeated.

Motion 32 committed UCU to commencing the investigatory process associated with the imposition of a boycott of Ariel College. This is an institution in an Israeli settlement in the occupied West Bank, also known as the “College of Judea and Samaria”, which has long drawn the wrath of human rights campaigners because such settlements are illegal under international law.

Lastly, motion 33 from Oxford University branch criticising a South African trade union official who had been invited by UCU to a BDS conference last year, was defeated. Bongani Masuku, the International Secretary of COSATU, had been accused of making anti-semitic remarks at a rally at the University of the Witwatersrand in March 2009. Mike Cushman, a BRICUP member at the London School of Economics, told UCU Congress that Masuku had vigorously denied all such allegations and was fighting them in the courts and through the appeals process of the South African Human Rights Commission. Cushman said that the real racists were those who had tried to provoke Masuku with insults about “the monkeys in Cosatu” dying of AIDS.

BRICUP welcomes the UCU decisions and will continue to campaign within trade unions in the UK for boycott, sanctions and divestment against Israel until the occupation is ended and Palestinian people have justice. 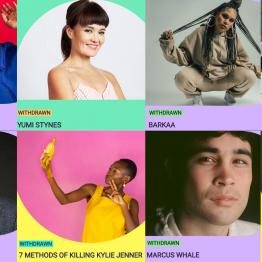