The names of Gustu and its world-renowned head chef Kamilla Seidler have been taken off the list of participants on the official Round Tables website and removed from the schedule of public appearances and lectures. 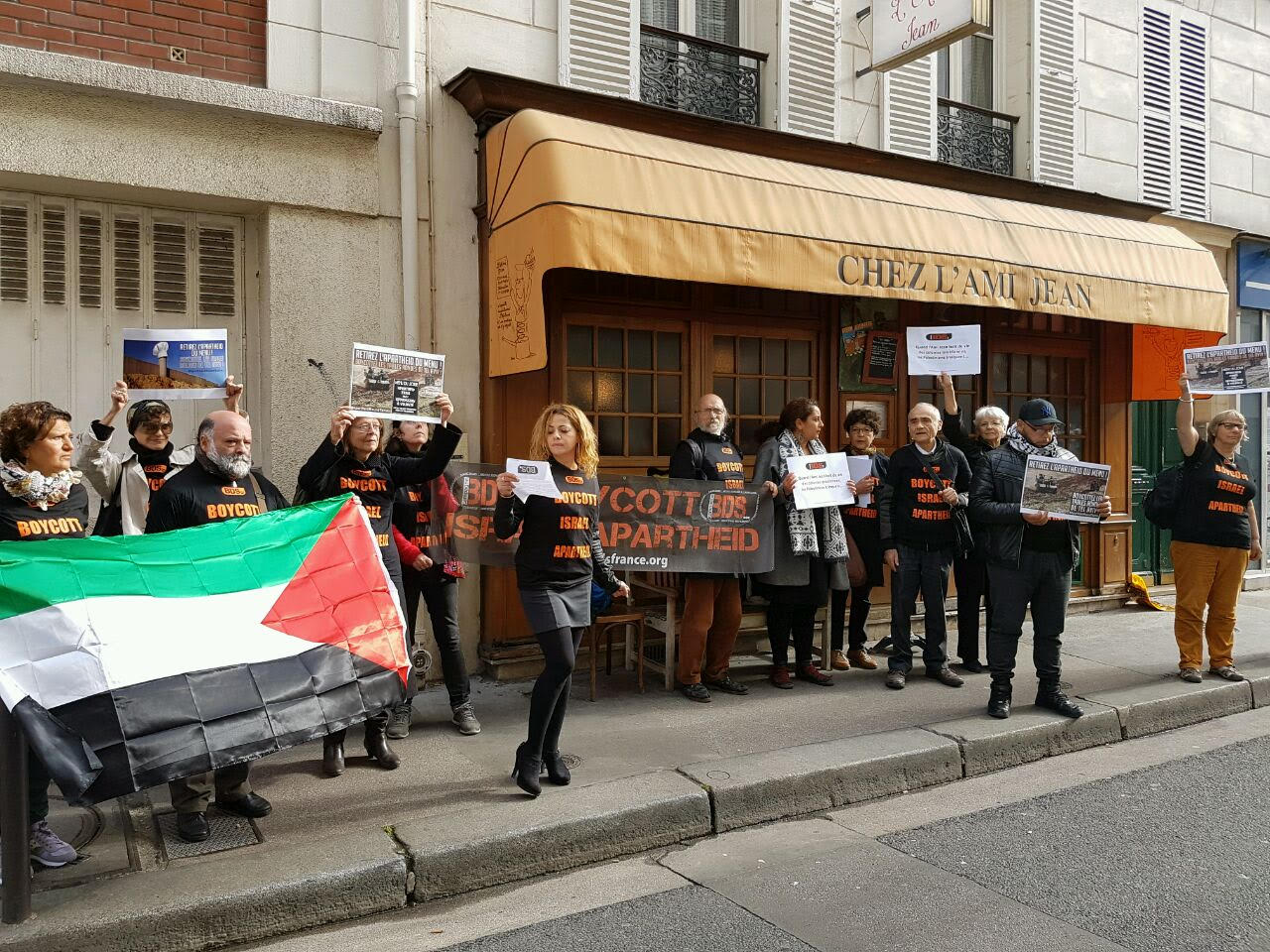 Human rights activists have picketed high-end restaurants in cities around the world to protest their chefs’ participation in a culinary event in Tel Aviv that campaigners say “intends to whitewash Israel’s violent repression of Palestinian human rights.”

From 6-26 November, 13 top chefs, from elite dining establishments including New York’s Musket Room, Geneva’s La Bottega and L’Ami Jean in Paris, are slated to travel to Tel Aviv and take over the kitchens of Israeli restaurants, each for a week.

The initiative is sponsored by American Express and the Israeli government.

But one restaurant has withdrawn its support, The Electronic Intifada has learned. Others are reportedly expressing misgivings about taking part.

The names of Gustu and its world-renowned head chef Kamilla Seidler have been taken off the list of participants on the official Round Tables website and removed from the schedule of public appearances and lectures.

“BDS campaigners have urged Gustu Group and its chef Kamilla Seidler to pull out from the 2016 Round Tables tour in Tel Aviv. We are glad to hear that their names have been removed from the Round Tables website and from the scheduled side events,” Pedro Charbel, Latin America campaigns coordinator for the Palestinian Boycott, Divestment and Sanctions National Committee (BNC), told The Electronic Intifada.

Gustu, which calls itself a “socially focused” venture, is involved in a project with the international development charity Oxfam’s Danish affiliate Oxfam IBIS.

Campaigners in Denmark wrote to Oxfam urging the charity to distance itself from the participating restaurants, according to the BNC.

The Israeli organizers are calling the Round Tables initiative “gastro-diplomacy.”

But in a letter to the participating chefs last month, 140 international civil society organizations denounced the Tel Aviv event for its close association with the Israeli government, whose policies depriving millions of Palestinians of basic rights include systematic destruction of Palestinian agriculture.

“While the Round Tables event is presented as a ‘fruitful dialogue about culture, economy, and social issues,’ it is instead an appalling use of the time-honored tradition of sharing culinary experiences as a means for whitewashing widespread violation of Palestinian fundamental rights, including the right to food,” the groups say.

Noting that Round Tables is sponsored by the Israeli ministries of foreign affairs and tourism and the Tel Aviv municipality, the civil society groups urge the chefs “not to lend your culinary talents to mask Israel’s crimes.”

Dinners will include the service of wine from Israeli settlements in Syria’s occupied Golan Heights and international visitors will stay at Dan Hotels which, according to the BNC, “has a settlement hotel built on stolen Palestinian land in occupied East Jerusalem.”

Activists in Italy have also called on the mineral water company Ferrarelle to pull its sponsorship from the event.

According to the BNC, the manager of one of the restaurants picketed in recent days “told local activists that they were not informed of the Israeli government involvement and the political nature of the event.”

The restaurant “would not have participated had they known,” according to the BNC.

The BNC said that the restaurant, which it did not identify, “informed activists that they would not participate in the future.”

Activists received a similar response at Madrid’s Triciclo, where one chef reportedly said it was too late to withdraw.

But when the campaign group BDS France tweeted at L’Ami Jean, as part of a global social media campaignusing the hashtag #ApartheidRoundTables, the restaurant gave a defiant response.

It called Palestine solidarity activists “dishonest” and retweeted a tweet claiming that BDS is illegal in France.

Most restaurants did not respond to The Electronic Intifada’s inquiries. A spokesperson for Diego Muñoz said that the world-renowned chef based in Lima, Peru, “is in China and extremely busy” and was therefore not available to answer questions.

American Express did not respond to The Electronic Intifada.

“Round Tables sponsors are profiting from Israel’s apartheid and occupation and the event is used to whitewash Israel’s violations of international law and the brutal oppression of Palestinians,” the BNC’s Charbel said. “The chefs taking part in Round Tables are willingly being used in Israel’s propaganda and this has stained their reputation. We call on all chefs to cancel their participation from the Round Tables tour.”

At least one, Gustu’s Kamilla Seidler, appears to have heeded that call.