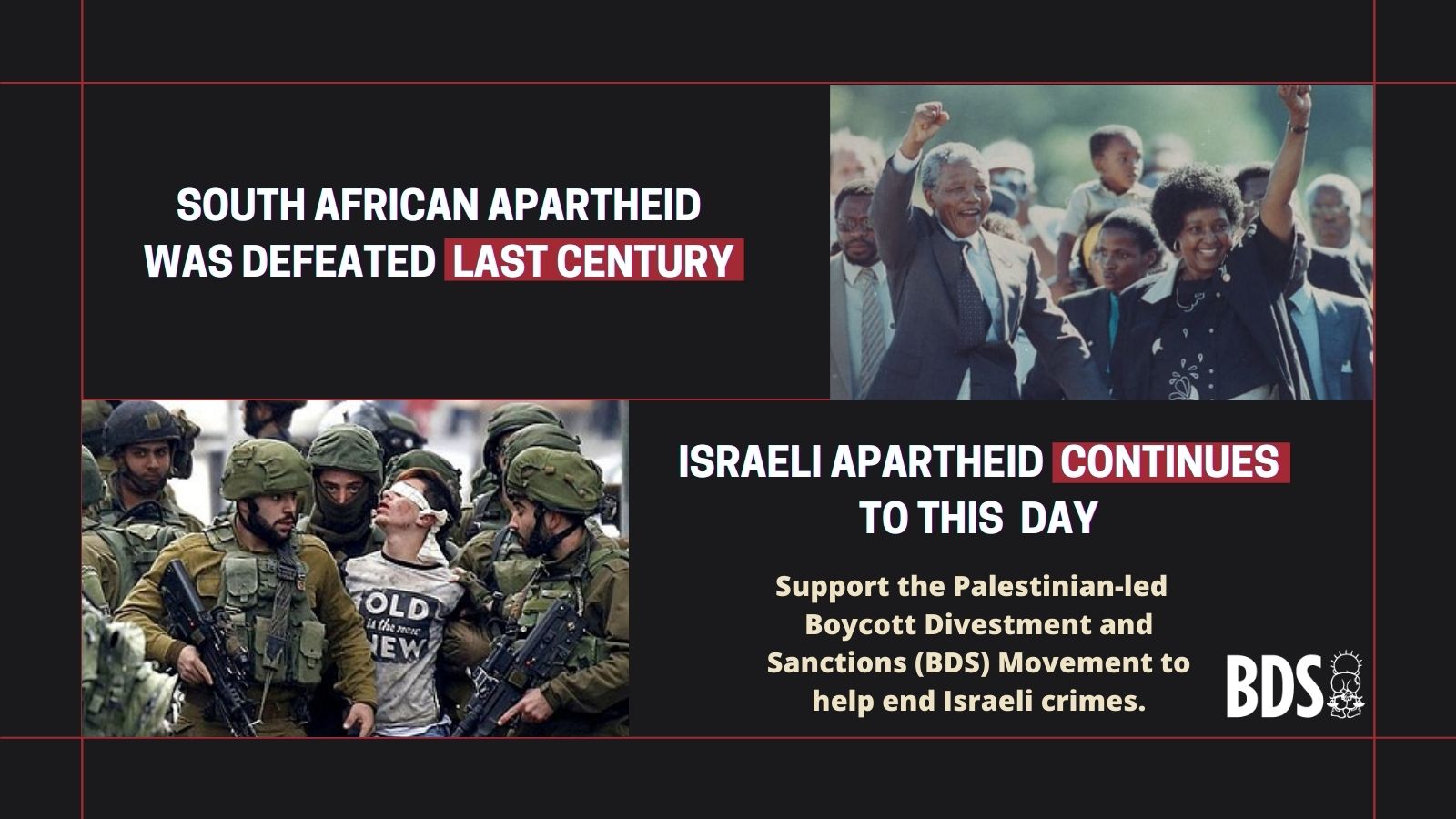 Today, numerous public figures, institutions and human rights organizations worldwide, including Human Rights Watch, recognize: Israel maintains a criminal regime of apartheid against all of us, Palestinians under Israeli occupation, Palestinian citizens of Israel and the exiled refugees.

Yet, most governments, regional, and international organizations, as well as business enterprises ignore their legal obligations and many remain complicit in Israel’s apartheid regime. Complicity is particularly deep among "former" colonial states and settler-colonial states, which, like Israel, emerged from the ethnic cleansing and pillage of Indigenous nations.

International recognition that Israel is an apartheid state is a first step toward dismantling apartheid. Moreover, Palestinian freedom, justice and equality cannot be achieved through criminal prosecution of apartheid officials and planners alone. Decolonization and a radical transformation of political and economic power relations and structures are essential to get there.

In the past, the UN General Assembly condemned apartheid in southern Africa as a threat to international security, and as a flagrant violation of the Charter of the United Nations and the right to self-determination of peoples under colonial and foreign domination. It called on all states to end military, economic, cultural and diplomatic relations with South Africa and established a special UN Committee and Center to help eradicate apartheid.

Support our movement in taking the struggle against Israeli apartheid to the next level, become a monthly donor!

As we are taking the struggle for Palestinian rights to the next level, we seek support in the United Nations, especially from countries of the Global South that share the experience of resisting colonial oppression and exploitation.

Since July 2020 alone, 10 ex-Presidents, over 700 MPs, and scores of social and Indigenous peoples’ movements from across Asia, Africa and Latin America have joined the Global South Response, expressing support of Palestinian civil society’s call for UN investigation of Israeli apartheid. Among other demands, they’ve endorsed ending military, business, cultural, and diplomatic ties with apartheid Israel, and imposing lawful, targeted sanctions on it.

With your support, ending Israeli apartheid is in our hands.