Skip to main content
In the News
This article is reposted from
South African Trade Unions and Palestine Solidarity Groups
, click here to read the original article. 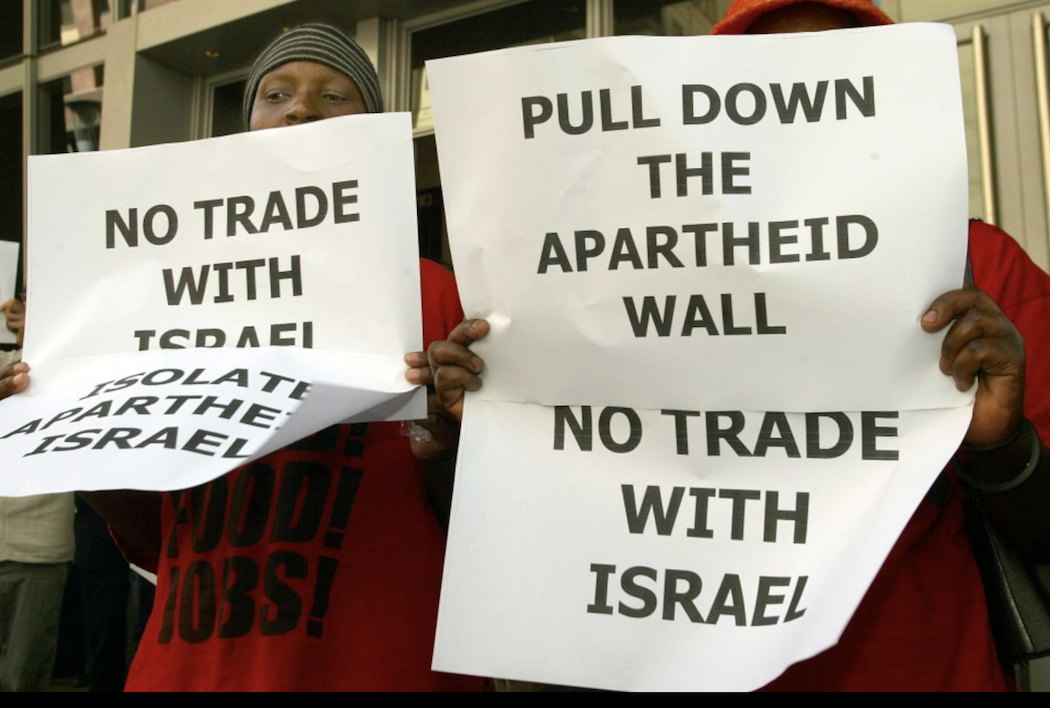 Trade unions GIWUSA and FAWU representing workers at Clover and its subsidiaries, together with their union federation, SAFTU and Palestinian solidarity organisations in South Africa, condemn the recent judgement by the Competition Tribunal of South Africa on the takeover of Clover by Israeli-led company, Milco SA.

As workers and internationalists, we reject the notion that a company that is involved in land theft, human rights abuses, violations of international humanitarian law and supports apartheid practices should be allowed to operate freely and legitimately in South Africa where we are still attempting to addresses the destructive consequences of apartheid on our people.

Our strenuous objection to the buyout of Clover rests on three points:

It is unfortunate that the Competition Tribunal did not fully consider the submission made by trade unions, which explained these objections. In the Tribunal’s final order, many of these points were entirely ignored, especially those dealing with international law violations and the record of abuses by the CBC.

Even though the Tribunal imposed a three-year moratorium during which there should be no job losses, at least 277 jobs will be lost immediately after the three-year period is over. It is unacceptable to us that any worker should face the prospect of losing a job, especially in the context of an employment crisis in South Africa and an unemployment rate of around 40 percent. In addition, the Tribunal ruled that Clover will be bound to purchase its bulk juice concentrate from local suppliers only for the next three years. Thereafter, Clover will likely import the concentrate, possibly leading to further job losses. We also note that Milco is considering appealing these three-year moratoria, wanting, instead for the moratorium to be for a two-year period, thus hastening the job losses.

CBC, the major partner in Milco, has a record of using strong arm tactics against its competitors and has been found guilty by the Israeli Anti-trust Authority of anti-competitive behaviour in Israel. While we do not support Israeli institutions, even within the parameters of apartheid Israel's laws the company has been found guilty. We fail to understand how the Tribunal can overlook the company’s anti-competitive practices elsewhere and believe that it will operate ethically in South Africa (see the full submission of the trade unions to the Tribunal below).

CBC has also contributed to campaigns supporting the Israeli Occupation Forces, which are responsible for numerous abuses, war crimes and crimes against humanity in occupied West Bank and besieged Gaza Strip.

In light of the serious problems associated with the takeover of Clover and with the main company involved in the buyout, we too are considering appealing the Tribunal’s ruling. We also call on the South African government to respect international humanitarian law, and to consider legislating regulations that will prevent the entry of those who support war crimes and apartheid into our economy – especially when such an entry will have negative consequences for workers. If this takeover of Clover goes ahead, we will consider mobilising all our respective constituencies to engage in a mass campaign, led by the trade unions and solidarity organizations, to act against this gross injustice. We stand in solidarity with the South African working class and people of Palestine in their struggle against apartheid and we support the unconditional boycott, divestment and sanctions campaign against Israel globally and in South Africa.

We as interested parties, hereby make a submission to the Competition Commission of South Africa for public interest in the matter of Milco SA (Pty) Ltd (Milco SA) v Clover Industries Ltd (Clover). We call on the Commission to reconsider the approval for the deal of Milco SA acquiring Clover industries. The Commission has noted in its decision that Milco SA is controlled by Milco Mauritius International Beer Breweries Ltd which is a subsidiary of the Israeli-based Central Bottling Company Ltd. The Central Bottling Company through its wholly owned Central Company for Sales and Distribution has violated international law by operating in illegally occupied Palestinian territories, monopolising the beverages industry in Israel and stifling Palestinian companies. The presence of the company in the Occupied Palestinian Territory is deemed illegal under international law, and regarded as illegal by South Africa. According to the Human Sciences Research Council, Israel’s occupation of the OPT constitutes apartheid in terms of the Convention against apartheid and is, thus, in total illegal under international law. Furthermore, the company has contributed funds to the Israeli Defence Force which is responsible for the killing of unarmed Palestinians, including children, and war crimes as well as crimes against humanity.

Israeli companies such as Central Bottling Company thus continue to contribute towards Israel’s vast violation of international law and its commission of gross human rights abuses and war crimes.

1.1 The following are some of the details of the illegal settlement activities of the Israeli Central Bottling Company Ltd, and its contribution to the violation of international law:

1.2 The Commission noted in its 19 July 2019 report that the acquisition of Clover by Milco stated ‘that the proposed transaction is likely to result in some job losses”’ The Commission recommended that this be remedied. On this point, we call on the Commission to consider the following:

1.3  We therefore call on the Commission to reconsider its decision in this matter on the grounds of ethical business practice, adherence to international law, and the imperative imposed on us all by the South African constitution to support the values of justice and fairness. We ask the Commission to consider the following:

As interested parties we call on the Commission to consider South Africa’s commitment to values of human rights and respect for international law that has built our Constitution and society. Allowing the Milco Industries to buy out Clover Industries will not only be contrary to the spirit of the South African Constitution but it will also be against the principles that guide South Africa’s foreign policy of abiding by human rights values and respect for international law. The Commission needs to note Central Bottling Company’s participation in the occupation of Palestinian territories as it operates businesses in Occupied Palestinian Territories. South Africa’s opposition against illegal occupation of Palestinian Territories has been demonstrated through various UN Resolutions and the Commission out to take this into account. Considering the concern that the transaction would lead to job losses overtime, the Commission needs to consider the alarming unemployment rates in South Africa that threaten the already weakening economy and food security and note that this transaction will have adverse effects on the economy. We therefore, call on the Competition Commission to note the well-being of South Africa’s local dairy industry that has provided jobs to millions of South Africans while also respecting the rule of law and ethical business practice which stands to be threatened by Milco’s buy over of Clover Industries.