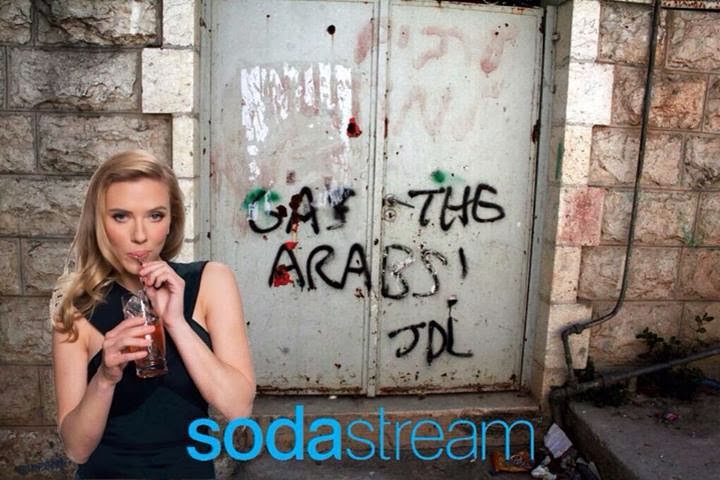 “SodaStream’s announcement today that it will close its factory in the illegal Israeli settlement of Mishor Adumim shows that the Boycott, Divestment and Sanctions (BDS) movement is increasingly capable of holding corporate criminals to account for their participation in Israeli apartheid and colonialism,” said Rafeef Ziadah, a spokesperson for the Palestinian Boycott, Divestment and Sanctions National Committee (BNC), the broad coalition of Palestinian civil society organisations that leads and supports the BDS movement. She added,

BDS campaign pressure has forced retailers across Europe and North America to drop SodaStream, and the company’s share price has tumbled in recent months as our movement has caused increasing reputational damage to the SodaStream brand.

The news of this major success against a company famed for its role in illegal Israeli settlements broke amidst intensifying demonstrations against Israel’s policies of colonisation in Jerusalem.

Grassroots boycott activism saw SodaStream dropped by major retailers across North America and Europe including Macy’s in the US and John Lewis in the UK.

SodaStream was forced to close its flagship store in Brighton in the UK as a result of regular pickets of the store.

After reaching a high of $64 per share in October 2013, the stock fell to around $20 per share this month. SodaStream has estimated its third quarter revenue will be $125 million, down almost 14 percent from the same period last year.

But Ziadah warned that SodaStream will still remain actively complicit in the displacement of Palestinians in the Naqab and will remain a focus of boycott campaigning. She said,

Even if this announced closure goes ahead, SodaStream will remain implicated in the displacement of Palestinians. Its new Lehavim factory is close to Rahat, a planned township in the Naqab (Negev) desert, where Palestinian Bedouins are being forcefully transferred against their will. Sodastream, as a beneficiary of this plan, is complicit with this violation of human rights.

SodaStream’s participation in Israel’s forced displacement of Palestinians gained international notoriety when A-list celebrity Scarlett Johansson signed up to be a brand ambassador for the company. Following an international campaign urging Oxfam end its relationship with Johansson for endorsing SodaStream, the actor decided to quit Oxfam.

SodaStream has also come under fire for its treatment of Palestinian workers in its West Bank factory, as Ziadah explains:

Any suggestion that SodaStream is employing Palestinians in an illegal Israeli settlement on stolen Palestinian land out of the kindness of its heart is ludicrous.

Palestinian workers are paid far less than their Israeli counterparts and SodaStream recently fired 60 Palestinians following a dispute over food for the breaking of the Ramadan fast. Workers have previously said they are treated ‘like slaves’.

SodaStream has said all workers will be offered jobs at its new plant, although Israel’s apartheid wall and severe restrictions on movement will make the commute to the new plant difficult for its Palestinian workers.

All of the main Palestinian trade unions have called for boycott and are members of the Palestinian BDS National Committee, the civil society coalition that leads the BDS movement and helped to initiate the campaign against SodaStream.

NOTE: The BNC quotes included in this release can be found in the following coverage of this story: