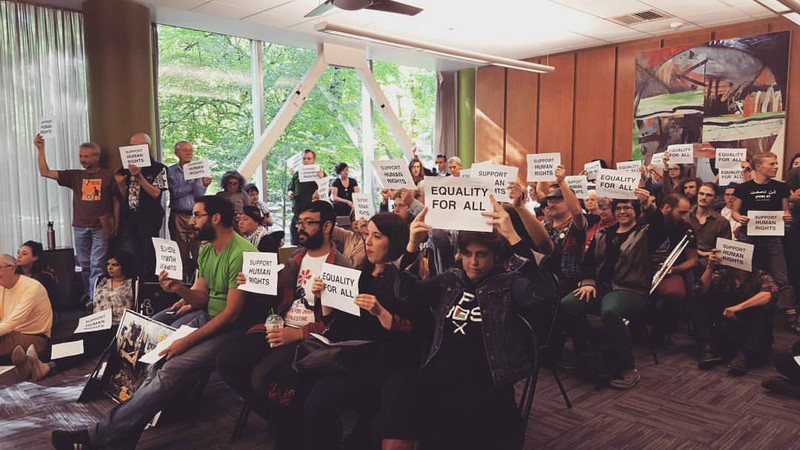 Portland, OR (October 26, 2016)— The student senate of the Associated Students of Portland State University (ASPSU) passed a resolution earlier this week brought forward by Students United for Palestinian Equal Rights (SUPER). The resolution calls on the university to divest from Israeli apartheid by an overwhelming vote of 22-2, with 1 abstention.

The resolution was passed after seven years of work by SUPER, which presented to the student senate. The central focus of the resolution is to prohibit investment in four corporations complicit in the oppression of Palestinians: Hewlett-Packard, Motorola Solutions, G4S and Caterpillar.  Hewlett-Packard provides biometric ID systems to the Israeli military that enables discriminatory treatment of Palestinians, playing a similar role that Polaroid did in apartheid South Africa. Motorola provides surveillance and communication systems supporting Israel’s occupation and illegal settlements. G4Sprovides systems and support for Israel’s imprisonment of political prisoners and children under unjust military rule. Caterpillar provides militarized bulldozers, which are complicit with numerous human rights violations and are used to destroy Palestinian homes, orchards, and civilian infrastructure.

It was resolved that the ASPSU call on Portland State University to divest any current and future holdings in the companies mentioned above, and any other company deemed to profit from human rights violations against Palestinians. Furthermore, the resolution more specially resolved, “that the Associated Students of Portland State University ASPSU calls on the University to put in place an internal investment screen which prohibits investment in any company that provides weapons or equipment used for violent acts that target either Israeli or Palestinian civilians; provides equipment used for the displacement of Palestinians from their homes or the construction and maintenance of illegal and unethical Israeli government authorized settlements; or supplies equipment used for the construction or maintenance of the Separation Wall in the West Bank and Jerusalem.”

The passing of this resolution means the students of Portland State University have spoken: moving forward, the university should cease investing in these companies. “These four companies aren’t only responsible for human rights violations in Palestine, but all over the world,” according to SUPER. “They are also involved in the U.S. prison system, immigration and human rights violations all around the globe.”

We believe in justice and equality for all people, and are proud that our campus is now on the right side of history. We hope our university’s decision may encourage others to also stand for human rights. We urge other members of the university community and other universities to pursue the same path of justice, and to continue to make history towards a free Palestine. 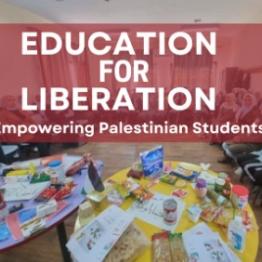