Trump and Pompeo, encouraged by apartheid Israel, are smearing the nonviolent, anti-racist BDS movement, while deepening their alliances with the global far-right and despotic regimes worldwide that are deeply anti-Jewish, and anti-Palestinian. 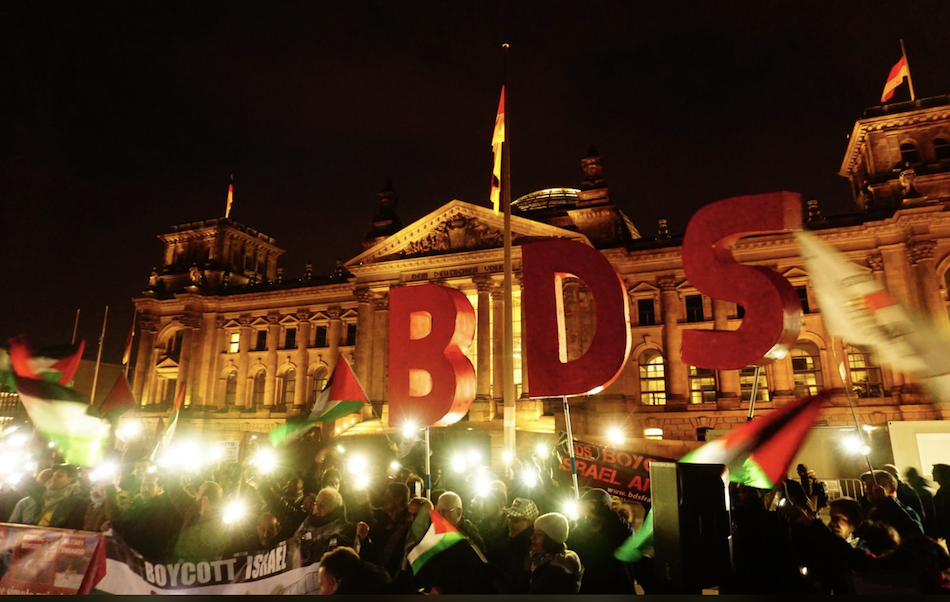 This is an attack not just on our movement but also on your freedom of expression!

Without any sense of irony, Trump and Pompeo, encouraged by apartheid Israel, are smearing the nonviolent, anti-racist BDS movement as “antisemitic” while deepening their alliances with the global far-right and despotic regimes worldwide that are deeply anti-Jewish, and anti-Palestinian.

If anything, this is actually a sign of Israel’s despair. It has dedicated a full government ministry with tens of millions of dollars in annual budgets for fighting BDS. It has secured Trump’s massive funding and his shield from international accountability. Yet, thanks to your support, apartheid Israel has utterly failed to impede the steady growth and impact of BDS.

We need your support now more than ever to defend Palestinian rights and our collective freedom of expression.

Among many other indicators of BDS impact, and of growing disenchantment with Israel’s cruel apartheid, some 22% of Jewish Americans under the age of 40, according to a recent poll, now support a full boycott of Israel.

BDS has consistently and categorically rejected all forms of racism, including anti-Jewish racism, as a matter of principle. We are part of the global anti-racist, intersectional struggles for Indigenous, racial, climate, gender, social, and economic justice.

Help us to fight together against all forms of oppressors and the global far-right, invigorated by the racist Trump-Netanyahu alliance.

As Amnesty International said, it is quite “hypocritical and deceitful,” for the Trump administration to attack BDS, “a form of non-violent advocacy and of free expression,” while emboldening “neo-Nazis, white supremacists and other groups who advocate violence and discrimination,” including against Jewish Americans.

The BDS movement for Palestinian freedom, justice and equality will continue to stand with all those struggling for a more dignified, just and beautiful world. With you, our millions of international supporters, we shall resist Israel’s, as well as Trump and Pompeo’s, pompous and desperate attempts to intimidate and bully us into accepting Israeli apartheid and settler-colonialism as fate.

Your support for the BDS movement helps us to stand up to bullying and to insist on nothing less than our people’s rights.