September 14, 2022
/ By
Palestinian Campaign for the Academic and Cultural Boycott of Israel (PACBI)
/

While a welcome – if belated – recognition of the necessity of cultural boycotts to help end Israeli apartheid, its narrow focus risks missing the forest for the trees 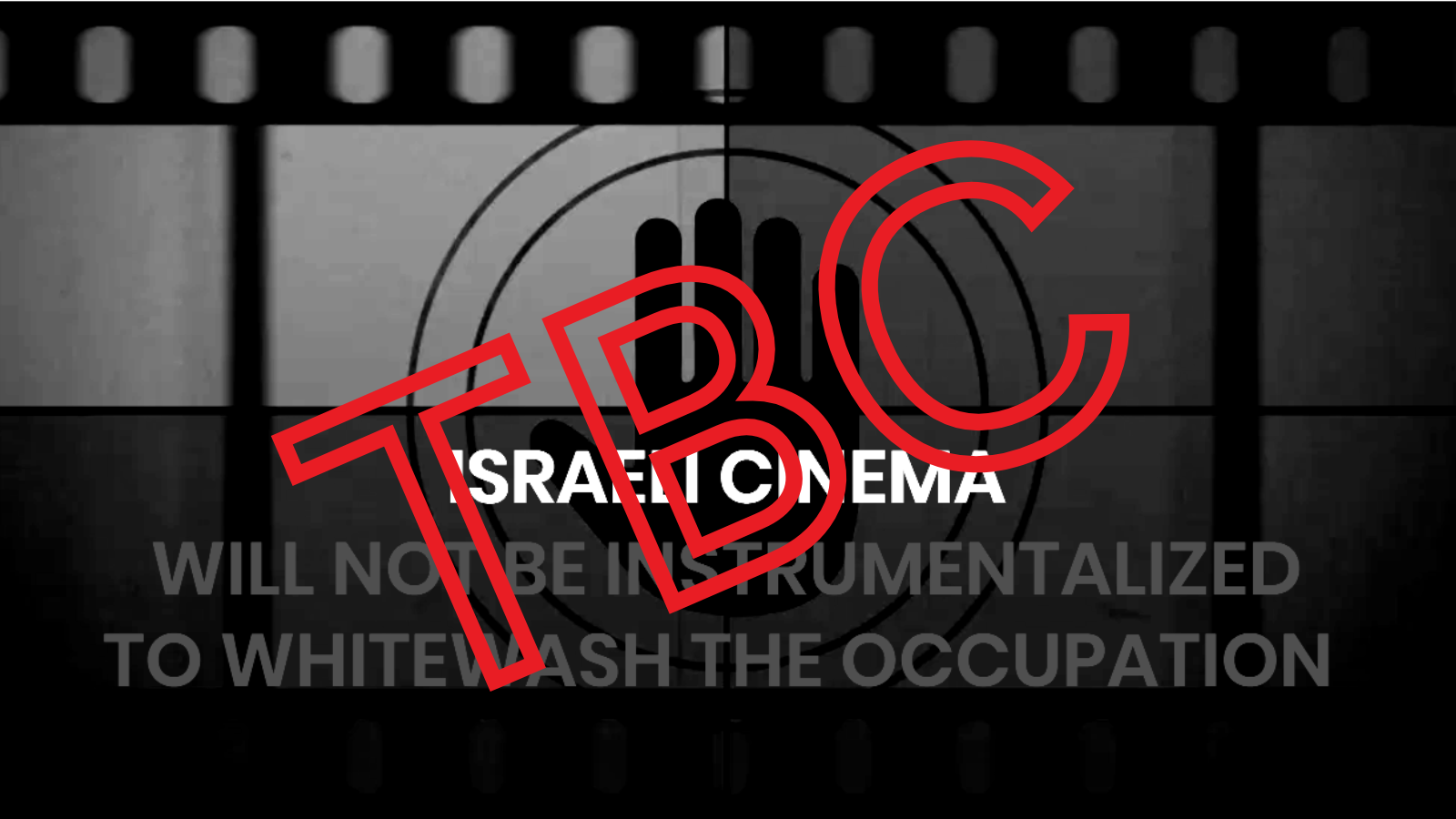 Hundreds of Israeli filmmakers have pledged to boycott the so-called Shomron/Samaria Film Fund. Shomron/Samaria is a term used to legitimize the apartheid state of Israel’s military occupation and colonization of the Palestinian West Bank. As the filmmakers state, the Shomron/Samaria Film Fund, founded in 2019 by then Culture Minister Miri Regev, “is part and parcel of the mechanisms of apartheid.” It distributes funds to Jewish Israelis living in Israel’s illegal settlements in the occupied West Bank, but not to Palestinians whose land they colonize.

We welcome this belated recognition – in effect, if not in intent – by a representative plurality of mainstream Israeli filmmakers of PACBI’s position since its founding in 2004: boycotting Israeli cultural institutions over their complicity in apartheid, occupation and colonization is a moral and practical necessity. These film industry professionals join the growing consensus among human rights organizations and defenders worldwide that Israel is perpetrating against millions of Palestinians the crime against humanity of apartheid.

The Shomron/Samaria Film Fund, however, is only a small manifestation of the much wider complicity of the Israeli cultural sector in apartheid and settler colonialism. For instance, the heads of the Rabinovich Foundation, Israel’s largest film fund, “made a point of attending” the associated Shomron/Samaria Film Festival in Ariel, an illegal settlement in the occupied Palestinian West Bank. So did Miri Regev’s successor as Culture Minister, Chili Tropper, who said the apartheid film festival was “important” and “an expression of the multifaceted nature of Israeli society.”

The Israeli filmmakers boycotting the Shomron/Samaria Film Fund, for their part, do not wish to “turn Israeli cinema into yet another instrument in the oppression of the Palestinian people.” This assertion obscures the reality that the Israeli film and TV industry has long been complicit in this oppression. The racist Rabinovich Foundation has since 2017 obligated filmmakers to whitewash Israel’s system of apartheid and the ethnic cleansing inherent to the state’s founding.

As a (much smaller) group of Israeli filmmakers and artists recently said, in calling on Locarno Film Festival to drop a Rabinovich-funded film: “This regime of oppression was founded through the violent displacement and dispossession of most of the Indigenous Palestinian population. That the Israeli state, its complicit institutions and influential lobby groups would want us as Jewish Israelis to remain silent on this systematic ethnic cleansing is not surprising. But storytellers accepting such censorial and unethical conditions for their film projects is an undeniable form of complicity in covering up this ongoing Nakba that Palestinians face.”

How many of the filmmakers boycotting the Shomron/Samaria Film Fund continue to accept funding from the Rabinovich Foundation, along with its racist political conditions? Could it be that with the narrow focus on apartheid in the occupied West Bank only, rather than in present-day Israel too, most of these filmmakers are missing the forest for the trees? As Amnesty International and Israel’s leading human rights organisation B’Tselem, among others, have agreed, Israel's apartheid regime oppresses the entire Indigenous Palestinian people, including refugees (the largest constituency of our people in our homeland and in exile).

Targeting only the Shomron/Samaria Film Fund for boycott – while continuing to work with other complicit Israeli cultural institutions such as the Rabinovich Foundation – reflects moral inconsistency and a highly selective approach to the universal ethical obligation not to be complicit in oppression, as at least one Israeli filmmaker has argued publicly.

Ultimately, and as was the case in the global boycott of apartheid South Africa, only Palestinians, as the Indigenous people suffering under and resisting Israel’s decades-old system of occupation, settler-colonialism and apartheid, can set the necessary parameters for the boycott of Israel’s complicit cultural sector. We are proud that the growing movement to hold Israel accountable is supported by thousands of international artists in all fields, including in Hollywood, among queer filmmakers, visual artists, musicians, authors and many others.