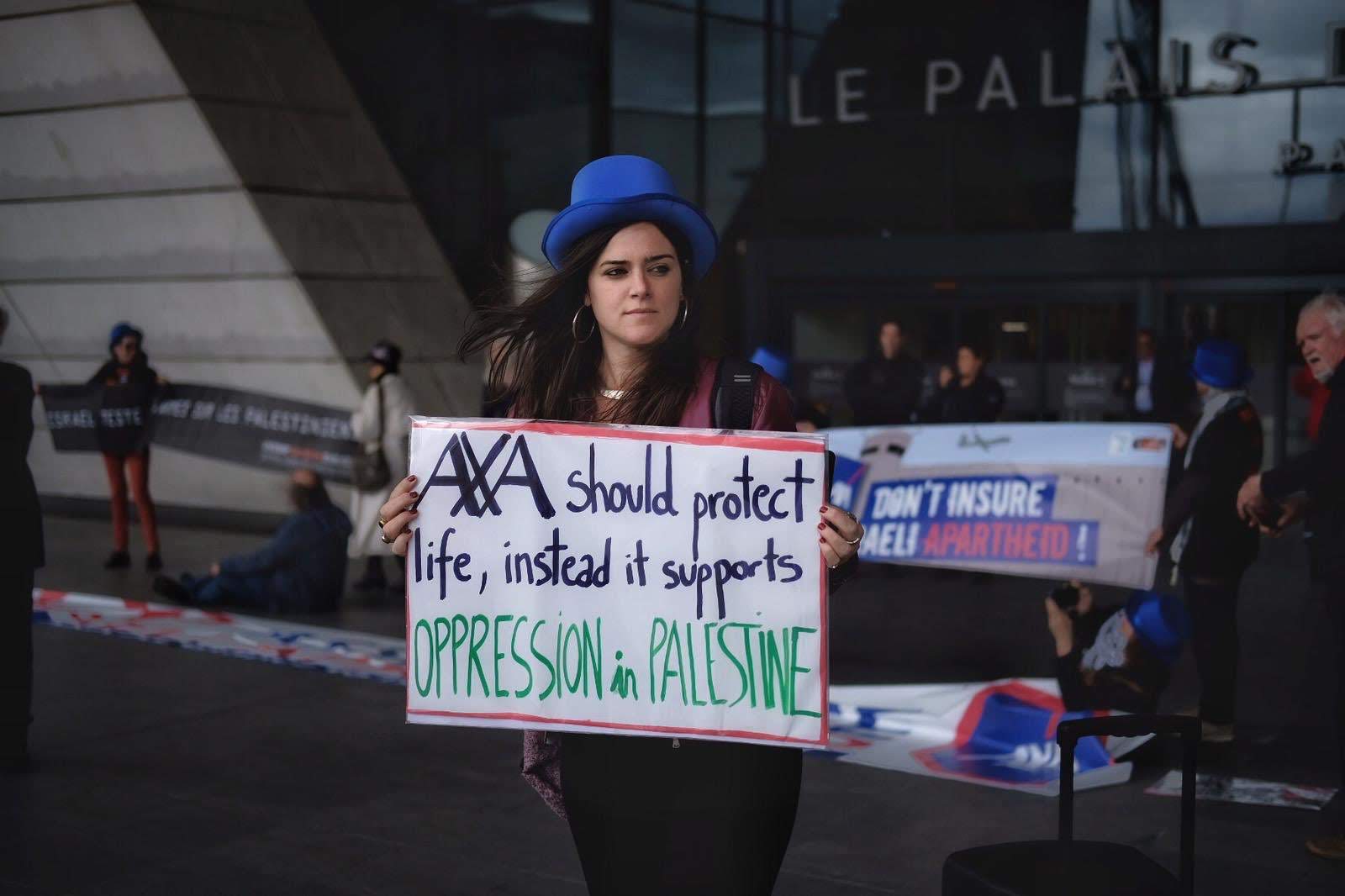 We, as Palestinians, have not been allowed to return to our homes for the last 70 years. We live under a brutal military occupation in the West Bank, under the blockade in Gaza, and as second-class citizens in Israel - we endure Israel’s discriminatory and racist policies every single day of our lives.

Palestinian workers are unlawfully arrested, killed, given worse work conditions, stopped at checkpoints on their way to work, and are at greater risk of losing their jobs.

Israel can only maintain its regime of apartheid, colonialism and occupation over the Palestinian people due to institutional and companies’ support.

After reading the report AXA: Financing war crimes, we have learned that AXA is investing over $91 million in Elbit Systems and in the top five Israeli banks. Elbit is Israel’s private military security company, and it gives its weapons to the Israeli army to test on Palestinians, and then sells them to the rest of the world as “battle-tested”.

AXA has taken a positive first step by partially divesting from Elbit Systems last December. But it still invests over $1.2 million in Elbit Systems.

We cannot understand how an insurance company, which should protect people’s lives, is involved in destroying them.

We know there have been activists calling for AXA to divest from these above mentioned companies. But now, from trade unions to trade unions, we want to call on you to ask AXA not to maintain these complicit investments. We know well that AXA will listen to your message.

Stand on the right side of history and make sure that your company, AXA, is not investing in hurting our rights as Palestinians, and is not complicit in Israel’s violations of International Law.