Skip to main content
Open Letter
This article is reposted from
Jadaliyya
, click here to read the original article.

The following letter calling on scholars and librarians within Middle East studies to boycott Israeli academic institutions was submitted in the name of the below signatories to Jadaliyya on 6 August 2014.

[The following letter calling on scholars and librarians within Middle East studies to boycott Israeli academic institutions was submitted in the name of the below signatories to Jadaliyya on 6 August 2014.]

We, the undersigned scholars and librarians working on the Middle East, hold that silence about the latest humanitarian catastrophe caused by Israel’s new military assault on the Gaza Strip—the third and most devastating in six years—constitutes complicity. World governments and mainstream media do not hold Israel accountable for its violations of international law. We, however, as a community of scholars engaged with the Middle East, have a moral responsibility to do so.

Neither the violation of international law nor the destruction of Palestinian life in Gaza, however, began or will end with the current war. Israel has maintained an illegal siege on the Gaza Strip for seven years. It has limited the movement of people and goods in and out of Gaza, rationing Palestinian calorie intake at just above subsistence levels.1 Moreover, the suffering of Palestinians is not limited to Gaza: the occupation and dispossession in East Jerusalem, the Naqab (Negev), and the West Bank; the construction of walls and fences around the Palestinian population, the curtailment of Palestinian freedom of movement and education, and the house demolitions, all have long histories and no apparent end in sight. They will continue unless people around the world act where their governments have failed.

As employees in institutes of higher learning from around the world, we have a particular interest in and responsibility to respond to the obstacles to the right to higher education that the Israeli state has created for Palestinians both inside Israel and in the occupied territories. In the past two months alone, Israeli forces have raided Al Quds University in Jerusalem, the Arab American University in Jenin, and Birzeit University near Ramallah.2 In the current attacks, Israeli aerial bombardment has destroyed the Islamic University of Gaza. More generally, the Israeli state discriminates against Palestinian students in Israeli universities;3 and it isolates Palestinian academia by, among other tactics, preventing foreign academics from visiting Palestinian institutions in Gaza and the West Bank.4 We are also alarmed by the long history of confiscations of Palestinian archives and the destruction of libraries and research centers.5

The on-going Israeli massacres in Gaza have been ghastly reminders of the complicity of Israeli academic institutions in the occupation and oppression of Palestinians. Tel Aviv University, the Hebrew University of Jerusalem, Bar Ilan University, Haifa University, Technion, and Ben Gurion University have publicly declared their unconditional support for the Israeli military.6 More generally, there are intimate connections between Israeli academic institutions and the military, security, and political establishments in Israel.7  To take but one example: Tel Aviv University is directly implicated, through its Institute for National Security Studies (INSS), in developing the Dahiya Doctrine,8 adopted by the Israeli military in its assaults on Lebanon in 2006 and on Gaza today. The Dahiya Doctrine advocates the extensive destruction of civilian infrastructure and “intense suffering” among the civilian population as an “effective” means to subdue any resistance.9

Our colleagues in the Israeli academy have been silent, by and large, in the face of such violence and injustice. We applaud the few dozen Israeli academics who have protested against their government, and the several dozen who signed a petition calling for an end to Israel’s bombardment of Gaza.10 Alarmingly, they have faced disciplinary measures from their own universities.11 We stand by these academics and support them in what is our joint struggle.

As Middle East scholars and librarians, we feel compelled to join the growing number of academics in Israel and around the world who support the Palestinian call to boycott Israeli academic institutions. This call responds to Palestinian civil society organizations’ long-standing appeal for the comprehensive implementation of boycotts, divestments, and sanctions (BDS) of Israel, and is supported by the Palestinian Federation of Unions of University Professors and Employees (PFUUPE).

Following in the footsteps of the growing number of US academic associations that have endorsed boycott resolutions,12 we call on our colleagues in Middle East Studies to boycott Israeli academic institutions, and we pledge not to collaborate on projects and events involving Israeli academic institutions, not to teach at or to attend conferences and other events at such institutions, and not to publish in academic journals based in Israel. We call for doing so until such time as these institutions end their complicity in violating Palestinian rights as stipulated in international law, and respect the full rights of Palestinians by calling on Israel to:

[**Academics and librarians interested in signing this statement should visithttp://tinyurl.com/MEscholarsboycott (recommended) or email [email protected] with their name, title, and affiliation.]

Kathryn Babayan
Associate Professor of History, Director of the Center of Armenian Studies, University of Michigan

Asef Bayat
Catherine and Bruce Bastian Professor of Global and Transnational Studies and Professor of Sociology and Middle Eastern Studies, University of Illinois at Urbana-Champaign

Eiji Nagasawa
Professor, Institute for Advanced Studies on Asia, The University of Tokyo

Ilan Pappe
Professor of History, Director of the European Centre for Palestine Studies, University of Exeter

Lisa Wedeen
Mary R. Morton Professor of Political Science and the College, The University of Chicago

**Institutional Affiliations are for identification purposes only.

8 See The Goldstone Report, 24, and  http://electronicintifada.net/files/090708-soas-palestine-society.pdf 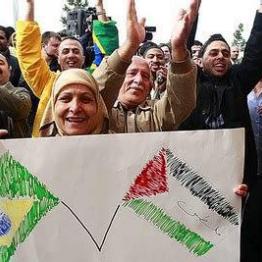 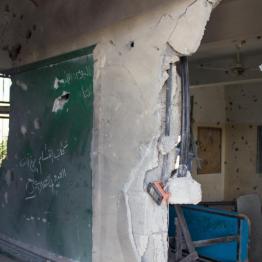