Skip to main content
In the News
This article is reposted from
euobserver
, click here to read the original article.

No EU cost for Israeli 'apartheid' in West Bank 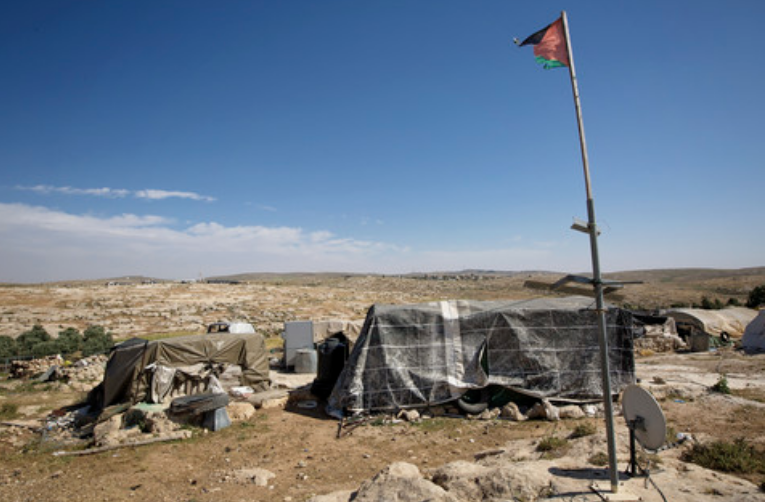 Palestinians in the West Bank face "systematic legal discrimination" by Israel, EU diplomats have said in a confidential report seen by EUobserver.

It is equivalent to the old "apartheid" regime for blacks in South Africa, a former Israeli diplomat said, but Israel is, just like violent settlers in Palestine, getting away with "impunity".

EU states' ambassadors in Jerusalem and Ramallah levelled the criticism at Israel in a 20-page report in July 2018 .

The internal document, seen by EUobserver, was meant to "serve as input for Brussels and [EU] capitals" in forming Middle East policy, it said.

The 2.7m Palestinians who live in the West Bank "face systematic legal discrimination" under Israel's "quasi-permanent occupation" of the territory, which it won by military conquest from Jordan in 1967, the EU report said.

But the 400,000 Israeli settlers who moved there "act largely with impunity" even if they are caught "torching [Palestinian] fields and olive groves, and damaging crops and property" or "hurling Molotov cocktails or using live fire" against Palestinian people.

The situation is the hardest for the 300,000 Palestinians who live in the so-called Area C of the West Bank.

They are tried by Israeli soldiers under martial law in military courts with conviction rates of 99.74 percent.

Some 6,000 of them, including 356 minors, were being held as "security prisoners", in conditions that can involve weeks of solitary confinement, "which in itself can amount to torture", the EU diplomats said.

Another 442, including three minors, were being held as "administrative prisoners" based on "secret information" with no trial.

There were 61 such incidents between January and April 2018 and Palestinians killed six Israelis in the West Bank in the first five months of last year.

But with just eight percent of alleged settler crimes leading to indictments, "settler violence has been on the rise in 2018", the EU report said.

Israeli settlement expansion and army checkpoints have turned the West Bank into "an archipelago" of Palestinian "islands", which bodes ill for a two-state solution to the conflict, the EU report added.

Area C, which covers 60 percent of the West Bank and contains its "most fertile" soil, was meant to be the "main land reserve for a future Palestinian state".

But instead, Israeli settlers are building new towns, connected by settler-only roads, and engaging in "intensive cultivation" of Palestinian farm land.

Native Palestinians almost never get permits to build homes there and their farms are being starved of water, which Israel controls.

Some 12,500 Palestinian structures were under demolition orders last July.

Some whole villages, such as Khan al-Ahmar and Susya, were also under "immediate threat of forced transfer" to make way for settlers.

Israel's EU embassy declined to comment on the situation.

Its press spokesman said he wanted to see EUobserver's "whole article" before issuing a statement.

But Alon Liel, a former Israeli diplomat, said Israel was doing to Palestinians what South Africa did to blacks before its apartheid regime fell in 1991.

"The West Bank legal regime is a form of institutionalised racial segregation. A simpler description would be apartheid," he told this website.

"I was Israel's ambassador to South Africa, so I have a basis to compare," Liel, who held the post in Pretoria from 1992 to 1994, and who later became director of Israel's foreign ministry, said.

The EU has banned grants to settler firms and stigmatised settler exports with a retail label code.

But it has ignored previous calls by EU diplomats in Ramallah to go further, for instance, with visa bans on violent settlers.

At the same time, the US, under president Donald Trump, moved its embassy to Jerusalem.

The decision was a further blow to EU and Palestinian aspirations for a two-state deal, but six EU states - Croatia, the Czech Republic, Hungary, Latvia, Poland, and Romania - declined to criticise Trump at the UN.

Hungary vetoed EU diplomats in the so-called Mashreq/Maghreb (MaMa) group in the EU Council in Brussels from even discussing a previous EU report on East Jerusalem in 2017.

Budapest did it nine times in a row, an EU diplomat said, forcing a "compromise" in which EU states endorsed the text, but "without direct adoption of its recommendations".

MaMa has still not discussed the 2018 report on the West Bank six months after it was filed.

The EU foreign service has declined to put it on the agenda due to the Hungary dispute, as well as wider "sensitivities" on Israel, a second EU diplomat said.

But even if it was adopted, the West Bank report all-but admitted defeat.

"With the prospects of an imminent resolution to the Israeli-Palestinian conflict looking increasingly elusive, the focus shifts ... [to] how the situation can be improved for the people on the ground", it said.

It contained 36 recommendations, but none of them did more than "call on Israel" for change.

There will be "no real cost" to Israel for its abuses, as there was for South Africa, Liel, the former Israeli diplomat predicted.

"So far, Israel did not pay a meaningful price internationally, especially not in the last two years of president Trump," he told EUobserver.

"The only cost I predict if the existing tendencies go on is growing criticism [of Israel] by the Jewish diaspora, especially in the US," Liel said.