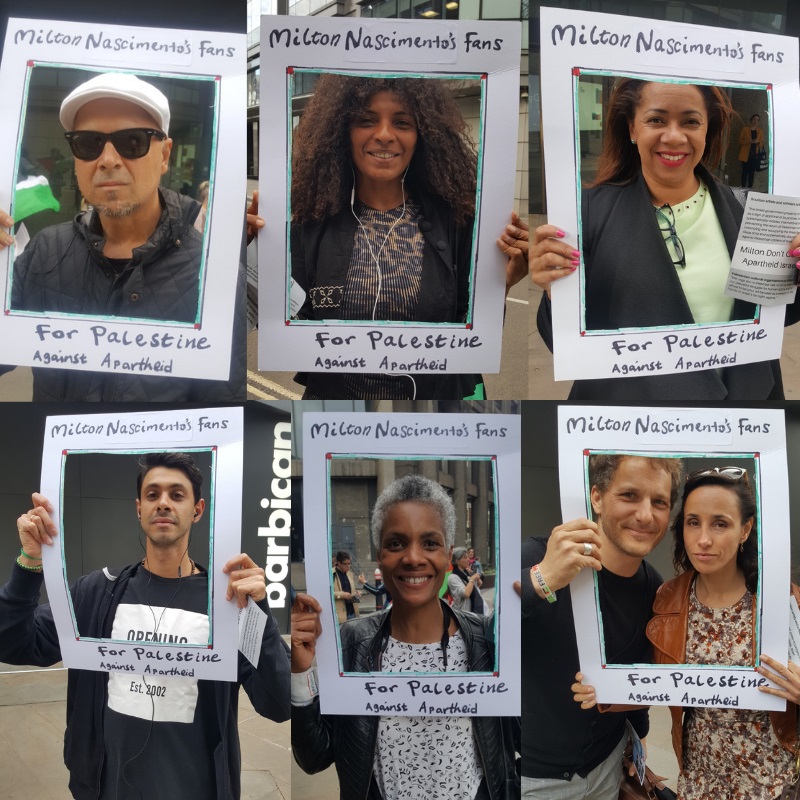 At the Barbican Centre, London, human rights activists handed out hundreds of flyers to Milton’s fans, who overwhelmingly agreed he should heed the call from Palestinian cultural organizations and Brazilian artists, scholars and indigenous people and cancel his Israel performance.

Fans were eager to express their solidarity with Palestinians in their call for the cultural boycott of Israel’s apartheid regime, with many posing with a photo frame that read, “Milton Nascimento’s fans for Palestine, against apartheid”.

“The Israeli government presents concerts in Israel as a sign of approval of its policies. Israel systematically violates international law by preventing the return of Palestinian refugees, by colonizing and occupying the West Bank and the Gaza Strip and systematically discriminating against Palestinians citizens of Israel.” 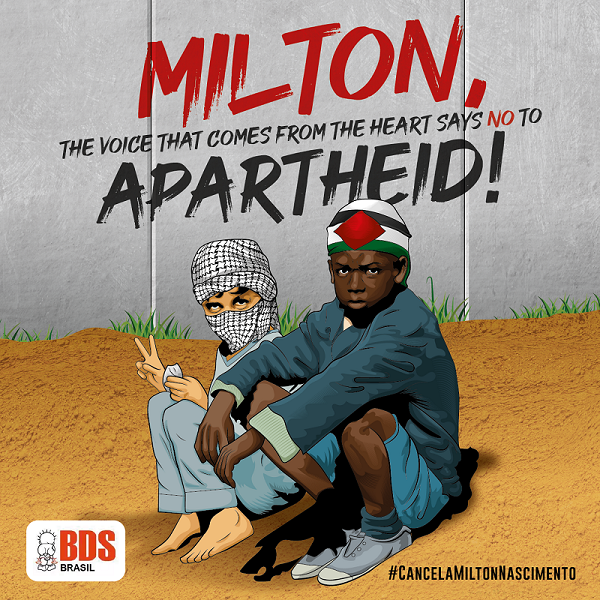 Last week, Palestinian cultural organizations also wrote to Milton. They said, “Your legacy of political rebellion, consistently speaking up for human rights and for justice, will be undermined by performing in an apartheid state that denies millions of indigenous Palestinians our basic rights.”

Human rights defenders will be outside Milton’s shows in Amsterdam, Madrid, Lisbon and Porto, joining with his fans in appealing to him to cancel his show in apartheid Tel Aviv.