Mexico City says NO to CAF

Dozens of organisations asked Mexico City’s mayor to exclude CAF from a public tender. Days later, the company withdrew from the tender. 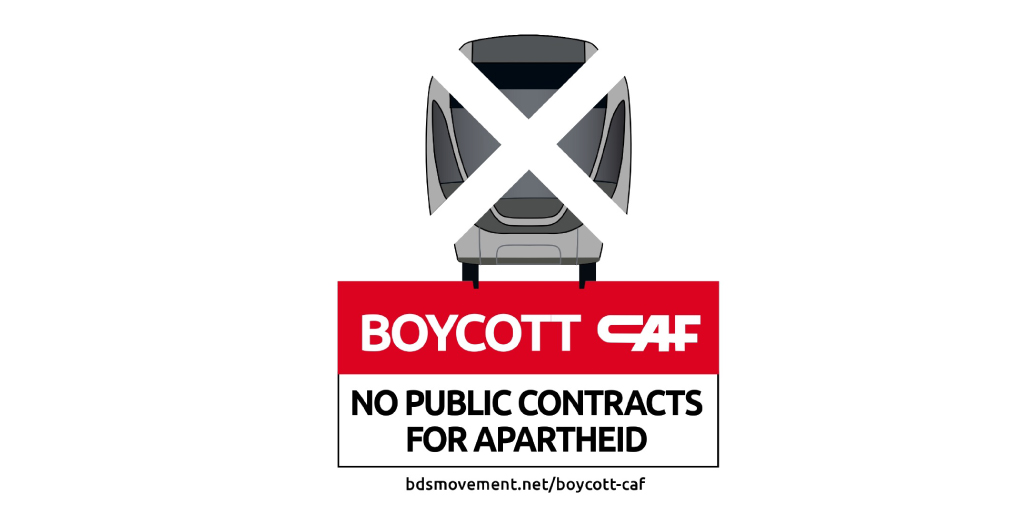 The Basque company CAF is seriously violating international law and Palestinian human rights by participating in the construction of the new Green Line of the Jerusalem Light Rail (JLR), along with the Israeli company Shapir. The JLR connects Israel’s illegal settlements in the occupied Palestinian territory with Jerusalem.

Eight trade unions in Norway are calling for a boycott of CAF, asking the Norwegian government to exclude CAF from public contracts and more than 15 human rights organizations in the Spanish state are demanding the exclusion of CAF and companies included in the UN database of companies operating in the Israeli illegal settlements. There are also groups in Britain calling for CAF to be excluded from public tenders.

On November 25 in Mexico, more than 80 human rights organizations, unions, and more than twenty personalities from the cultural, academic and political world, including: The Human Rights Association of the State of Mexico (ADMHEM), the Mexican Trade Union Electricistas (SME) and Centro de investigación Laboral y Asesoría sindical (CILAS), sent a letter demanding that the Mexico City subway isn’t remodeled by the Basque company CAF.

The letter asks Dra. Claudia Sheinbaum, head of the Mexico City government and Dra. Florencia Serranía, director of the Mexico City metro, not to award CAF with the contract to remodel line 1 of the CDMX metro until it ends its role in the Jerusalem Light Train.

Two days later, we learned that CAF has withdrawn from the tender for line 1 of the Mexico City Metro, alleging that it cannot guarantee the technical requirements due to the economic amount offered. 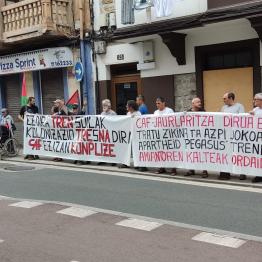 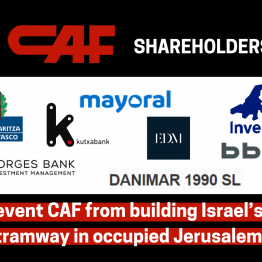 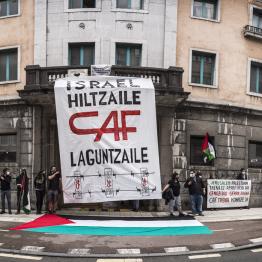