Skip to main content
In the News
This article is reposted from
Ali Abunimah
, click here to read the original article.

Marketing blitz fails to stop slide in tourism to Israel 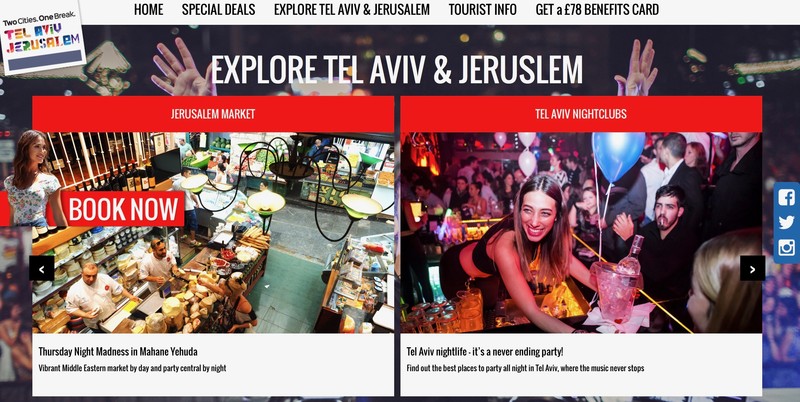 Israel’s expensive campaign aimed at drawing more tourists from Europe has not worked.

Tourism to Israel fell again in 2016, continuing a negative trend that began with the 2014 assault on Gaza that left more than 2,200 Palestinians, including 550 children, dead.

Figures from Israel’s Central Bureau of Statistics show that the expensive efforts to brand the country as a fun, carefree destination, especially for Europeans, are failing.

Overall, the number of visitors to Israel last year dropped by 1.2 percent. This comes after even sharper drops in previous years – 4.4 percent in 2015 and 8.2 percent in 2014.

In December, the Tel Aviv newspaper Haaretz reported that Israel’s tourism ministry “was granted its biggest marketing budget ever in the past year as it tried to change Israel’s image as a travel destination and expand the range of tourism offerings.”

The flagship “Two Cities, One Break” campaign was directed at European tourists to attract them to Tel Aviv and Jerusalem.

It cost more than $23 million, but ministry sources told Haaretz that “the campaign fell flat.”

Israel has also brought D-list celebrities over on free junkets in the hope that their social media postings would draw visitors.

But the number of visitors from Israel’s biggest market, Europe, fell 6.5 percent last year compared with 2015.

Israel’s woes are not unique: Turkey, which suffered a military coup attempt in July and has been beset by horrific bombing and shooting attacks, saw tourist visits plummet by 21 percent last year.

But a general sense of danger due to violence in the region is not the whole story.

Jordan managed to buck the trend, recording an increase in tourist arrivals of 2.6 percent in 2016, according to its tourism ministry.

Israel tries to market itself as distinct from the rest of the region – a gay-friendly outpost of “Western” civilization and fun in a tumultuous neighborhood.

But this branding is undermined by the fact that Israel is usually in the headlines because of its brutal occupation and aggressive colonization of Palestinian land, violence in the streets of the cities it is hoping tourists will visit, the racist declarations of its politicians and its underhanded efforts to sabotage the nonviolent boycott, divestment and sanctions (BDS) movement for Palestinian rights.

Indeed, Israeli leaders continue to insist that the country is beset by dangers that could “wipe out every Israeli.” While this line is aimed at gaining political sympathy, it hardly makes it an enticing place for people who want to have a good time.

Incidentally, there’s another notable trend in Spain: since the 2014 attack on Gaza, more than 50 Spanish cities have declared themselves “free of Israeli apartheid.”