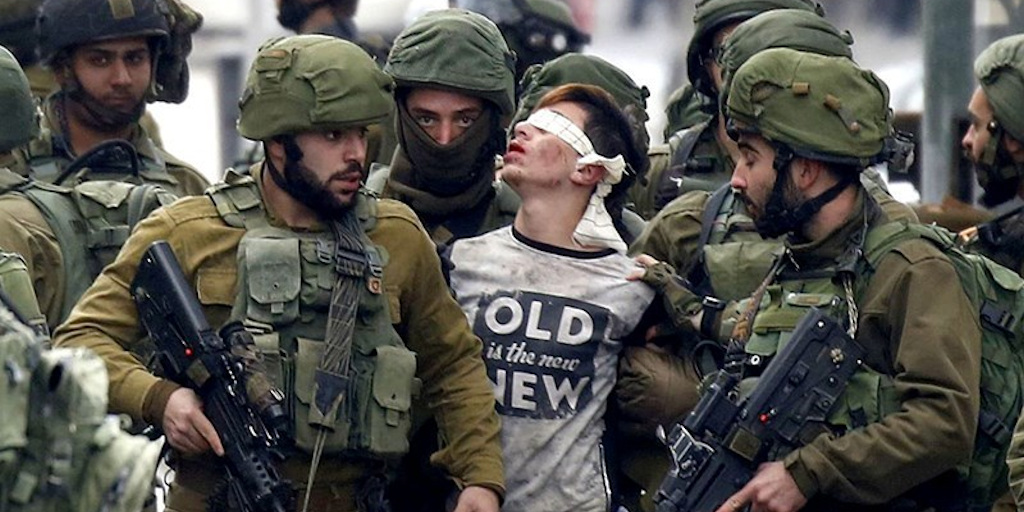 The stark irony of Israeli government sponsorship of the “Love Sharing - Festival of Theater and Non-Violent Culture,” which just concluded in Cagliari, Italy, led to defections last week.

Last week, the Sardinia-Palestine Friendship Association condemned the sponsorship of the Cultural Office of the Israeli embassy in Italy, asking how it was possible to "reconcile the violence perpetrated by Israel’s military occupation against the Palestinian people with a culture of non-violence."

Senegalese business-owner Mouhamed Dieng, who was to speak during the "Families and Communities" panel scheduled for 25 October, disassociated himself from the festival. In a post on his Facebook profile, Dieng stated:

"It is necessary to unmask every form of propaganda that has the purpose of ‘normalizing’ the conduct of the state of Israel aimed at making it appear as if it were peace-seeking, open to dialogue and promoting non-violence initiatives. In reality it is well-documented that for several decades Israeli actions are the complete opposite with regards to the Palestinian people."

"Sardinia for Peace," a local support network for the II World March for Peace and Nonviolence, also withdrew its endorsement of the “Love Sharing festival.” In a statement, the organization said:

"As a committee of associations that have made non-violence one of the main distinctive features of their political activity, we appreciate all ways in which the non-violent message is conveyed, including through the arts, but we cannot accept that it is funded by those who have long been practicing criminal behavior at the opposite extreme."

Sardinia for Peace also called on festival organizers "to rethink a choice that is in contrast with its endorsement of the II World March for Peace and Nonviolence."

The Festival attempted to justify its decision saying it had invited the Israeli Tami Dance Company, which promotes "a culture of non-violence" and whose director is an "unwavering pacifist.”

The Sardinia-Palestine Friendship Association noted that the Tami Dance Company states on its website that it is supported by the Israeli Culture and Foreign Affairs ministries.

The Israeli government, in particular through these two ministries, openly uses culture to art-wash its image and hide its crimes of occupation and apartheid against the Palestinian people. An undersecretary of the Ministry of Foreign Affairs has stated that sending performing arts companies abroad serves to "show Israel’s prettier face, so we are not thought of purely in the context of war."

As part of the non-violent Palestinian-led movement for Boycott, Divestment and Sanctions (BDS), Palestinian cultural associations and artists are calling for a boycott of all complicit Israeli cultural institutions, including dance companies. Israeli cultural institutions that recognize the full rights of the Palestinian people guaranteed by international law and end all forms of complicity in violations of these rights are not subject to boycotts. Tami Dance Company has clearly failed to do so.

The Festival also sought to defend its decision by specifying that the contribution of the Israeli embassy was needed for the trip of the dance company. Mouhamed Dieng commented:

"Whatever the amount of the contribution received from the Cultural Office of the Israeli embassy for the organization of the festival, this does not offset the profound contradiction of an institution that represents the state of Israel that has for years systematically and violently strangled the rights and lives of millions of Palestinians."

In response to the call from Palestinian civil society, several festivals have rejected funds from the state of Israel, including the São Paulo Biennial. Many cultural spaces and festivals, including in Italy, have also pledged not to contribute in any way to Israel’s grave violations of Palestinian human rights.

BDS Italy invites the Love Sharing festival, in line with its professed non-violent culture, to refuse future collaborations with those who violate human rights and those complicit in these violations, and to join the Israeli Apartheid Free Zone campaign, which counts 150 endorsers throughout Italy.