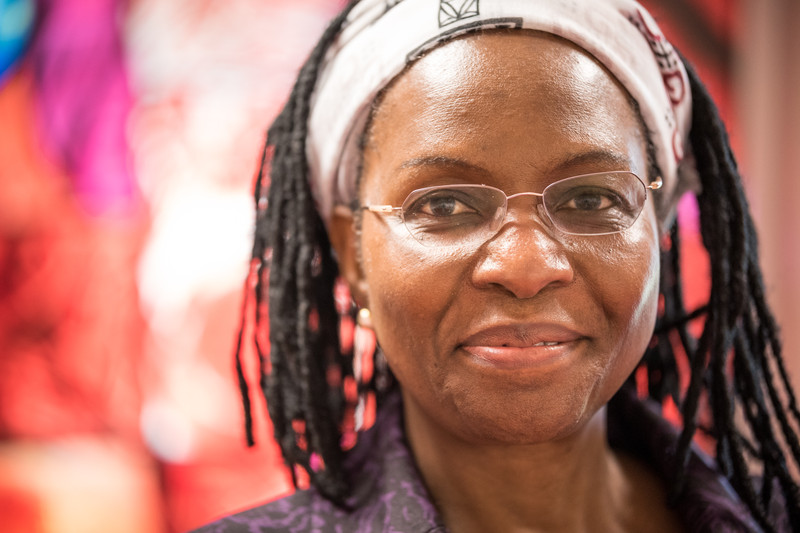 In a statement on Tuesday, the Geneva-based ecumenical organization said that Apawo Phiri had been “apprehended, interrogated and deported” upon arrival at Tel Aviv airport.

The World Council of Churches said it “deeply regrets the Israeli antagonism against the WCC’s initiatives for peace with justice for both Palestinians and Israelis.”

Apawo Phiri was the only African member of a WCC staff delegation and “the only one denied entry,” according to the group. The reason Israeli authorities provided, the WCC stated, was “prevention of illegal immigration considerations.”

The WCC said it had instructed lawyers to appeal against “this patently unjust and discriminatory action.”

Speaking from Jerusalem, WCC general secretary Reverend Olav Fykse Tveit told The Electronic Intifada that he had traveled through Tel Aviv airport separately, but on the same day as his colleague, and had faced no obstacles.

The singling out of Apawo Phiri would fit in with Israeli leaders’ well-documented pattern of discrimination and incitement against citizens from African states.

Apawo Phiri, a national of Malawi, was traveling to meet church leaders in Jerusalem, in connection with the Ecumenical Accompaniment Programme in Palestine and Israel (EAPPI), a WCC-supported initiative that brings international volunteers to monitor human rights under Israeli military occupation.

An accomplished academic theologian, Apawo Phiri was head of the School of Religion, Philosophy and Classics at the University of KwaZulu Natal in South Africa before joining the WCC in Switzerland in 2012.

“There are policies and legislation in place in Israel to limit the space for civil society, particularly when they are expressing critique against the occupation of the Palestinian territories,” Tveit said. “We see the event today as an expression of this development.”

Israel is touting its expulsion of Apawo Phiri as a victory in its war against the nonviolent international solidarity movement for Palestinian rights.

The AP news agency reported that Israel’s public security and interior ministers said they had blocked the entry of Apawo Phiri “because of her long affiliation with the boycott, divestment and sanctions [BDS] movement.”

Public security minister Gilad Erdan, who is in charge of government efforts to smear and sabotage the Palestinian-led BDS movement, reportedly told media that the “place of the boycotters is outside the country’s borders” and “we shall continue to do everything possible to prevent them from entering our country.”

“The accusations made against the WCC and the EAPPI program in the interrogation of Dr. Phiri and published in the media today are completely false,” Tveit said in a WCC statement. “I am very surprised and dismayed that the Israeli ministry of interior is apparently basing its decisions on incorrect and unreliable sources.”

In a position statement on the situation in Palestine in June, WCC affirms that it “supports joint peace projects and dialogue between the peoples of Israel and Palestine and between their governments” and that it has long supported “the vision of two states coexisting side-by-side in peace, security and prosperity.”

But in the face of the collapse of peace efforts and Israel’s expanding occupation, the WCC calls on its member churches to engage in “listening to and responding to the voices of Palestinian Christians (including those expressed through the ‘Kairos Palestine’ document).”

The 2009 Kairos Palestine document issued by Palestinian Christians explicitly calls for use of BDS tactics, and has been the basis for several church denominations’ debate and adoption of divestment measures from companies complicit in Israeli occupation.

The WCC also calls for “promoting and supporting all nonviolent efforts to end the occupation (including considering appropriate economic and other measures).”

Speaking to The Electronic Intifada, WCC general secretary Tveit said that his organization “has no policy that we recommend any general boycott or sanctions against Israel as such.”

“The churches make their own decisions about how they invest or divest their money,” he added. “We say as WCC that it is the democratic right of churches to do so.”

“We have raised the issue of whether it is really morally proper to profit from investments that are coming from illegal occupation,” Tveit said.

“We are really in favor of supporting a process of more justice for the sake of peace,” Tveit said. “I hope the Israeli government will see WCC as an interlocutor with our member churches for peace and justice in the Holy Land.”

AP claimed that Apawo Phiri’s deportation was the first time Israel had taken such an action, despite its long history of denying entry to individuals on arbitrary grounds, including ethnicity, Muslim background and political views.

In June, the World Council of Churches itself said that it has “encountered aggressive attitudes and actions by the authorities of the State of Israel, with several WCC staff and representatives of member churches and partners seeking to enter Israel having recently been subjected to exceptionally aggressive, intimidating and abusive interrogation and treatment, including detention for up to three days and deportation.”

In August, Israel’s public security and interior ministries set up a joint task force to prevent the entry of foreign activists allegedly affiliated with organizations that support BDS and to expel those who had already entered territories under Israeli control.

At the time, a spokesperson for the Palestinian BDS National Committee, the civil society coalition that steers the movement, said the move was a sign of how “desperate and irrational Israel’s regime of occupation, settler-colonialism and apartheid has become in its futile attempts to hinder the impressive growth of the BDS movement around the world.”

Denial of entry
church divestment. Gilad Eran
December 6, 2016
/ By
The Electronic Intifada
/
US