The BDS movement urges the Indonesian government to immediately halt all dealings with Israel as if it were a ‘normal’ state'  and to endorse the Amnesty International report and its recommendations. 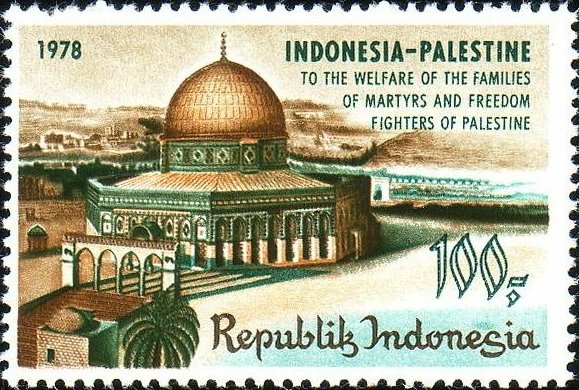 For decades, Palestinians have counted on Indonesia for its steadfast support of their struggle for liberation and self-determination. Dishonoring this long-held principled position, supported by the absolute majority of the people of Indonesia, Indonesian officials have welcomed representatives of the Israeli apartheid regime over the last months. The invitation of Israeli Knesset members to the Inter-Parliamentary Union (IPU) in Bali is the latest and most far-reaching. Deeply disappointed about these developments, the Palestinian Boycott, Divestment and Sanctions (BDS) National Committee, the largest Palestinian civil society coalition that leads the global BDS movement for Palestinian rights, urges the Indonesian government to immediately halt all dealings with Israel as if it were a ‘normal’ state.

These worrying signs of a possible Indonesian political and diplomatic shift betray the Bandung spirit which had paved the way for decolonization in the Global South. It also goes against the tide of growing international consensus that Israel is, like South Africa was, an apartheid state.

In recent years, hundreds of MPs and also 10 ex-Presidents of the Global South, Israeli as well as international human rights organizations such as Human Rights Watch and Amnesty International have all echoed the call of Palestinian civil society, that Israel is an apartheid state and that the international community must take concrete action to bring an end to it.

In this swelling tide towards holding Israel accountable for its regime of military occupation, apartheid and settler-colonialism against the Indigenous Palestinian people, we hope to see Indonesia take a leading role. We call on the Indonesian government to refrain from normalizing its ties with Israel until its regime of oppression is dismantled and Palestinians can enjoy freedom, justice and equality in accordance with international law.

In the emancipatory spirit of Bandung, we also call for Indonesia’s public endorsement of Amnesty International’s report on Israel’s apartheid and adoption of its recommendations, including the call for a UN investigation and action to dismantle the system of apartheid that oppresses the Palestinian people. These recommendations also call on the ICC to ensure accountability of individuals responsible for this crime against humanity. This would also give appropriate expression to the warm and time-honored solidarity extended by the Indonesian people to the Palestinian liberation struggle.