August 18, 2014
/ By
The Indian Campaign for the Academic and Cultural Boycott of Israel (InCACBI)
/
India

We, a group of academics, activists and artists in India, came together in 2010 to campaign against yet another apartheid regime by extending support to the international campaign for the academic and cultural boycott of Israel. (Visit our website www.incacbi.in for more information.)

We, a group of academics, activists and artists in India, came together in 2010 to campaign against yet another apartheid regime by extending support to the international campaign for the academic and cultural boycott of Israel. (Visit our website www.incacbi.in for more information.)

The ongoing Israeli attack on the civilians of Gaza, including children, and the destruction of school, universities and hospitals in Gaza makes it unethicalfor any of us, in research or in industry, to collaborate with Israel. The Israeli state consistently and ruthlessly tramples on the academic freedom and cultural life of the Palestinian people; and a continued association with the instruments of such a state is unconscionable to any freedom loving person. Israel uses its research technology to build its military strength, and so continue its occupation of Palestine.

This is why we are shocked that Infosys has signed an MoU with the State of Israel, to establish and enhance cooperation in industrial research and development. This MoU is “a part of the 'Global Enterprise Collaboration Program' developed by the Office of the Chief Scientist of Israel to accelerate innovation through a global ecosystem”. (http://www.infosys.com/newsroom/press-releases/Pages/mou-drive-industrial-research-development.aspx).

Infosys seeks to “build tomorrow’s enterprise”. To do this, Infosys has set itself the admirable guideline of “recogniz(ing) the importance of nurturing relationships that reflect our culture of unwavering ethics and mutual respect”. (http://www.infosys.com/about/)

With such a guiding principle, can Infosys live with driving its industrial research and development – or anything else – in partnership with Israel? Is a relationship of “mutual respect” possible when Israel has a record of flouting international law, occupying Palestinian lands and subjecting the Palestinians to all kinds of oppressive and discriminatory policy and practice? Can “tomorrow’s enterprise” be built by compromising our cherished ideas of freedom and equality?

We at InCACBI believe that research, development, and all collaboration between research partners, are rooted in the values of democracy, equality and justice, which is blatantly denied to millions of oppressed Palestinians living in the Israel occupied territories. The pursuit of excellence in the fields we work in has meaning only if imbued with conscience. Israel’s R&D in water, for example, has in effect stolen water from the the West Bank aquifers to provide water to illegal Israeli settlements, while depriving Palestinians of their own water.

When Palestinian students and teachers are not allowed to reach their universities because of permit laws and checkpoints, universities and schools are levelled by bombs and tanks, food, textbooks, and medical supplies are prohibited from entering Gaza, and artistic events are closed down in Jerusalem, none of the foundational principles on which research and development are based can ever be fulfilled.

This is why we appeal to Infosys and all other Indian companies of conscience to stand firmly opposed to any of India’s trade, strategic, scientific, military, economic, academic or cultural ties with Israel.

and 150 other members of InCACBI 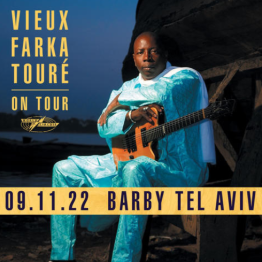