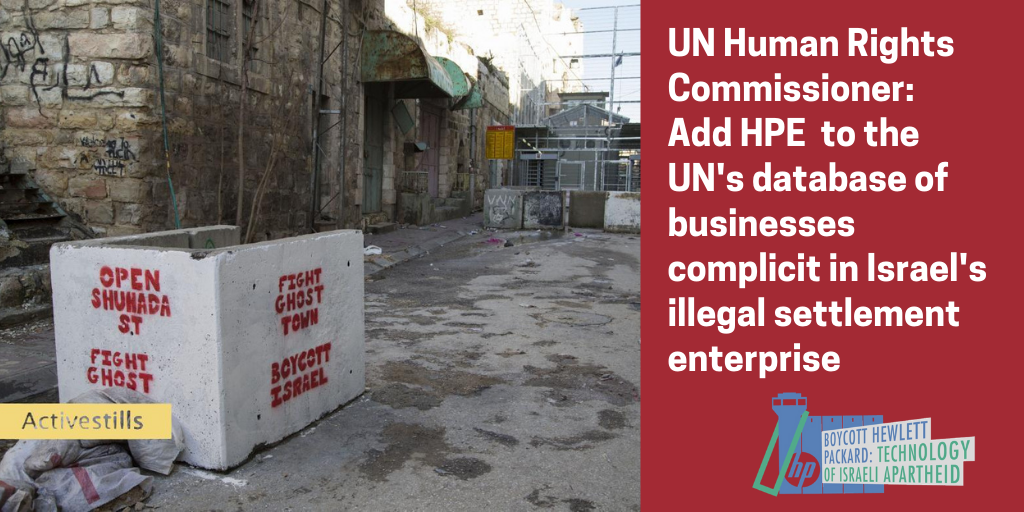 HPE is contracted by Israel’s Population and Immigration Authority to provide and maintain the Itanium servers that house Israel’s population registry. Known as the Aviv System, this population registry is the basis of Israel’s ID card system. This ID system forms a core part of the Israeli apartheid regime’s tiered system of citizenship and residency that privileges Israel’s Jewish population and gives inferior status and rights to Palestinians, especially those in East Jerusalem.

In light of Israel’s annexation plan, it is more urgent than ever to demand the United Nations take concrete action against Israel as well a states and corporations that enable its apartheid, and the annexation plan which is an element of it.

UNHRC’s database of businesses that are complicit in Israel’s illegal settlement enterprise is an effective step in this direction. Published in February 2020, the UNHRC resolution which preceded it also recommended annual updates to the database.

Join us in sending a letter to Michelle Bachelet, the High Commissioner of the Human Rights Council, urging the addition of HPE in the UNHRC database.

Add your organizational endorsement by 30th October 2020 by completing the form below. 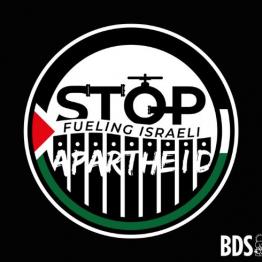 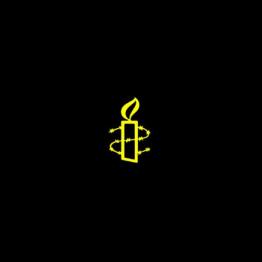 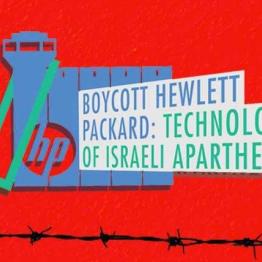