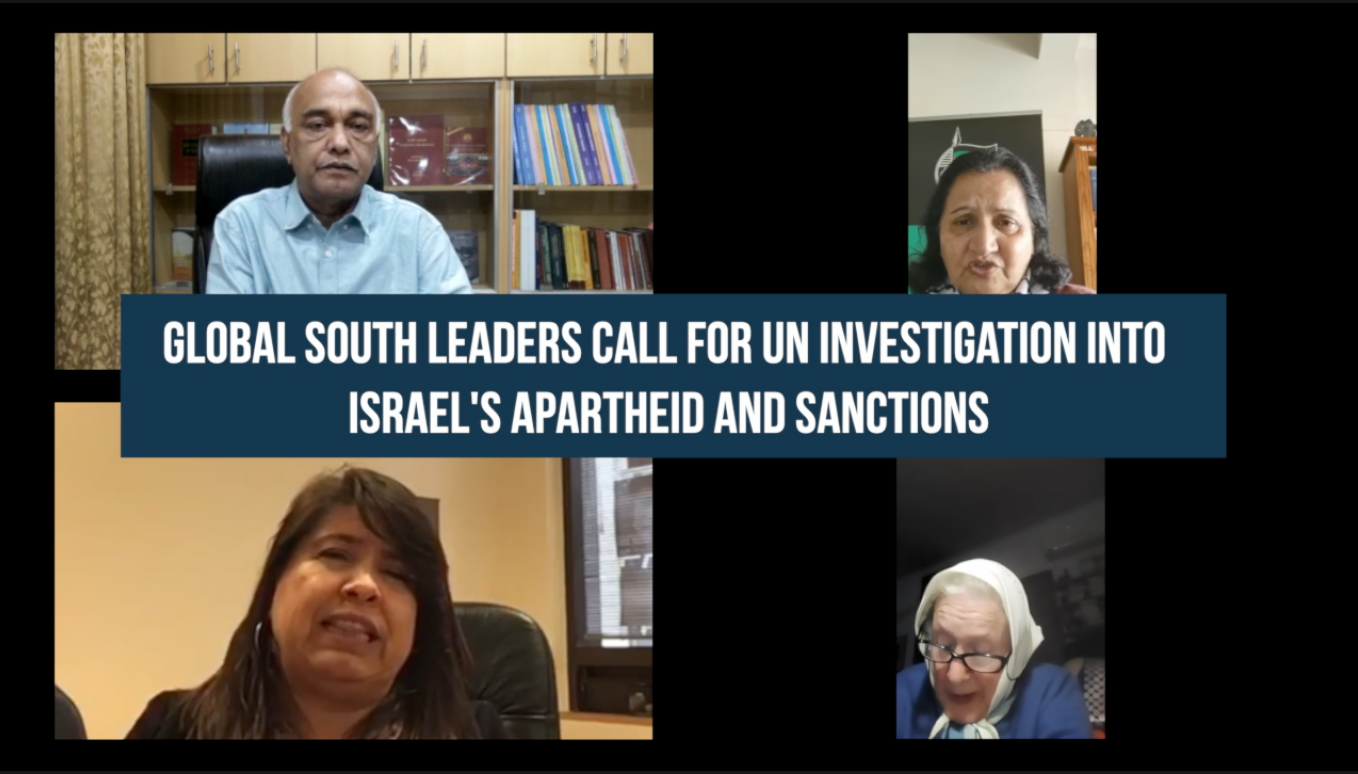 We are coming to the end of an inspiring week of action during the United Nations General Assembly (UNGA), where the demands by Palestinian and global civil society for a UN investigation of Israel’s apartheid and the imposition of lawful, targeted sanctions resonated widely.

Today, we share powerful messages of solidarity endorsing these demands from leading figures in the struggle for justice in the Global South.

The week of action kicked off with 450+ unions, movements and political parties from around the world releasing a joint letter to the UNGA in support of these demands. We also shared material and resources to #EducateAgainstApartheid.

Last Thursday, thousands of you joined in our Twitterstorm highlighting the complicity of states and corporations that sustains Israel’s apartheid.

On Friday, supporters brought the message right to the doorsteps of the United Nations in New York.

We close this week with yet another important step in the Global South actions against Israeli apartheid and annexation. In July, nine former Presidents, hundreds of Members  of Parliament, diplomats, and political and civil society leaders, from Asia, Africa and Latin America demanded an end to trade ties with Israel, a UN investigation into its apartheid system, and targeted, lawful sanctions against it. This support not only challenges Israel’s ongoing apartheid and annexation, but is rooted in a shared history of anticolonial struggles.

Now, these four leading figures from among the signatories of that Global South statement are sending their video messages to the UNGA, reiterating these demands.

Share their video on social media to support the campaign against Israel’s apartheid. 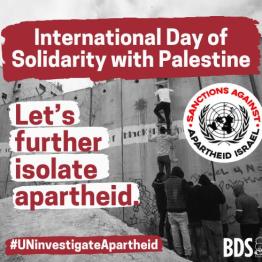 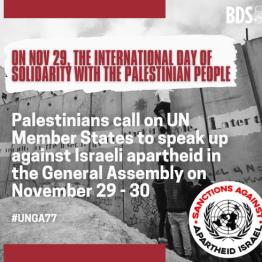