Skip to main content
In the News
This article is reposted from
Divest This Time At GW
, click here to read the original article. 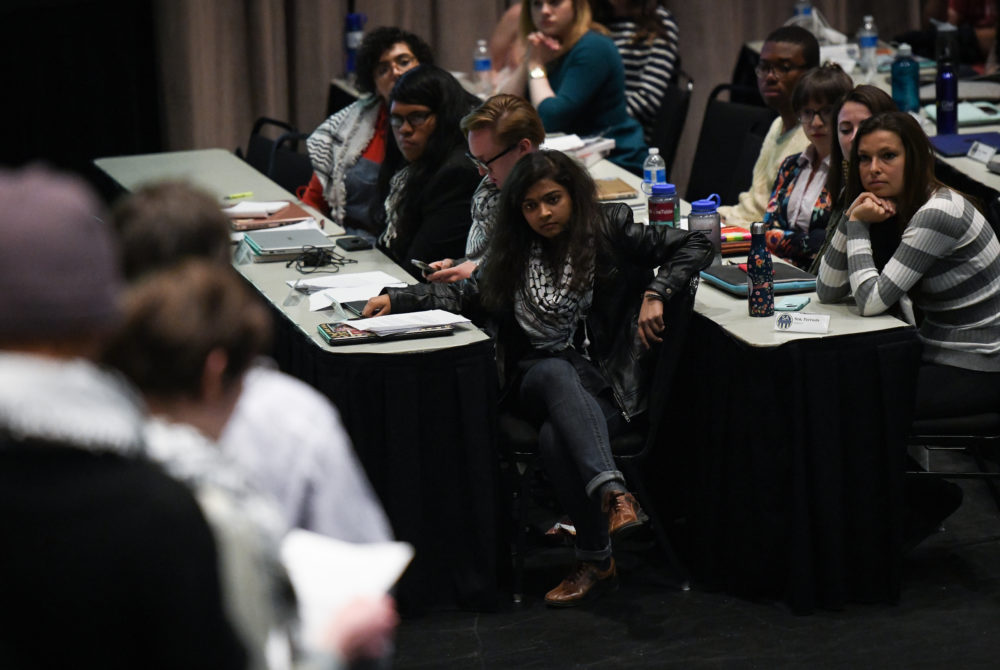 April 24, 2018, Washington, DC — The George Washington University Student Association Senate has voted YES to Divest from corporations invested in the ongoing occupation of Palestine, in spite of efforts to challenge the integrity of the bill. These 9 multibillion-dollar, multinational corporations — the largest portion of which are weapons manufacturers — provide goods and services to Israeli military forces, which are deployed and utilized to bomb hospitals in Gaza, bulldoze Palestinians’ homes, construct illegal Apartheid walls, and further suppress and violate Palestinian human rights. These efforts to divest will give the university an opportunity to uphold its principles of inclusion and safety, and no longer be invested in corporations that cause harm to our students and their families at home.

Two and a half years ago, the GW administration adhered to a call for the removal of a Palestinian flag from inside a students dorm room. One year ago, students declared that the Palestinian flag had no place at the walkout against Trump. With today's yes vote, the Student Association will be the voice of encouragement and the voice to lead effective conversations with administration in regards to the treatment of Palestinians on campus. We would like to thank the Student Association for standing on the right side of history, and standing up for Palestinian human rights.

When The George Washington University was called on to stand in opposition to South African Apartheid, the University failed. This resolution gives the administration an opportunity to correct this wrong, and be on the right side of history. It is an opportunity to create a campus that calls for diversity, is socially responsible, and that wholeheartedly stands with Palestinians and their strive for liberation. Our next steps will be to further communicate our demands to the administration in regards to both, divesting from the 9 corporations as well as the general safety of Palestinians on our campus. This will be led by members of our coalition, as well as endorsing organizations, and we expect that our combined efforts will yield favorable results.

This has been a long and hard journey, but definitely one that has been well fought. We thank our Palestinian members that have engaged in and experienced an absurd amount of emotional labor. We would like to thank our members and allies alike for their time and labor that was put into this campaign. Congratulations to The George Washington University Student Association on standing in solidarity with Palestine.

We demand that the University administration #DivestThisTime.