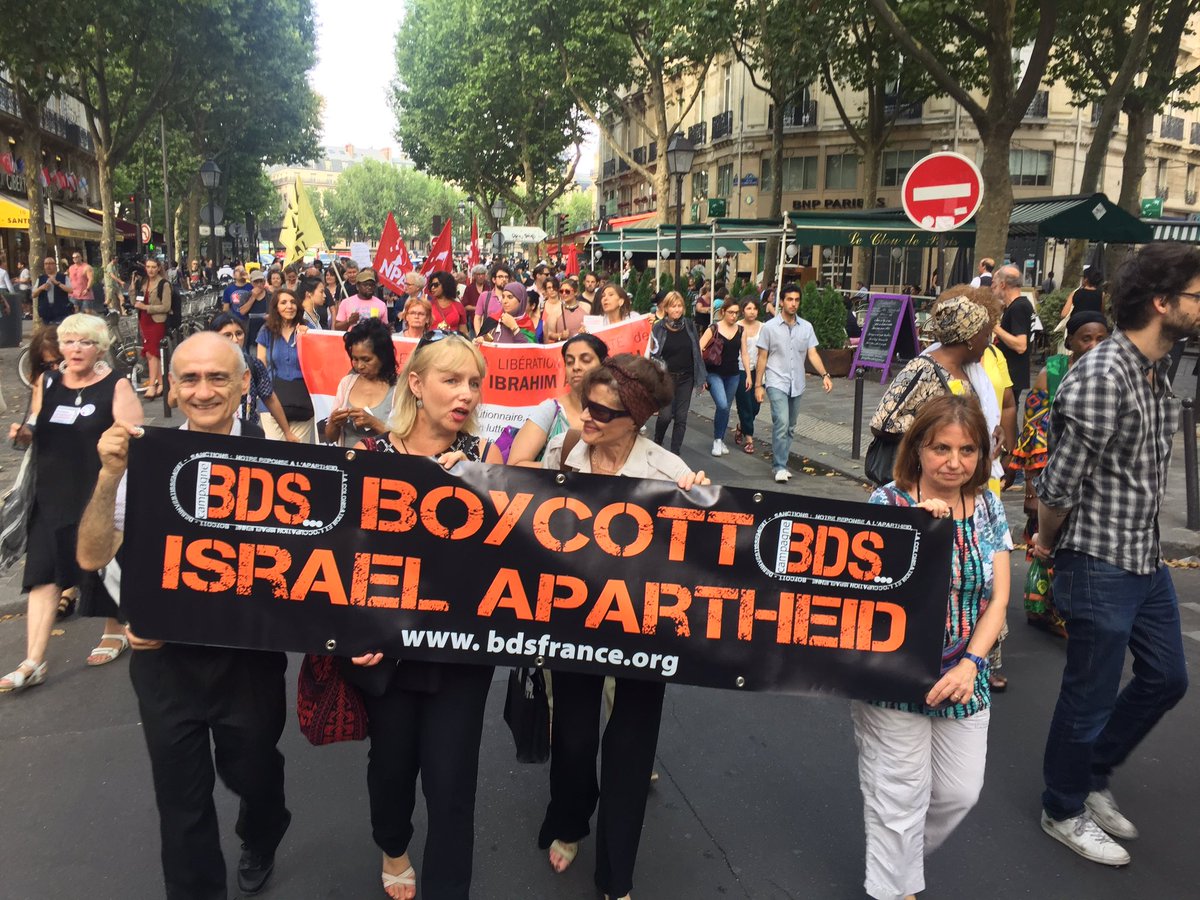 September 12, 2018 — HelloAsso, a French company that provides online payment services, has rejected pressure by Israel lobby groups to shut down the accounts of two French groups which support the BDS movement for Palestinian human rights. HelloAsso will continue to provide services to both Association France Palestine Solidarity (AFPS) and BDS-France.

HelloAsso publicized its decision in a tweet explaining that it supports the right of citizens to call for BDS as part of freedom of expression.

The EU stands firm in protecting freedom of expression and freedom of association in line with the Charter of Fundamental Rights of the European Union, which is applicable on EU Member States' territory, including with regard to BDS actions carried out on this territory.

[...] "HelloAsso is an apolitical platform that does not take any position regarding the claims of the BDS movement. HelloAsso nevertheless considers this movement as within the realm of free expression and not as discriminatory or antisemitic.

HelloAsso’s position is supported  by the European Union, which has clearly stated it favours protecting freedom of expression and association, including the right to advocate for BDS .

Therefore, the HelloAsso account of AFPS (Association France Palestine Solidarity) will not be removed.

To all those who criticize  us for hosting these organizations, we respond that the conflation that allows attacks on these organizations is dangerous because it conflates antisemitism, which we condemn without ambiguity, and criticism of the state of Israel, which is a political opinion. This freedom of expression is a fundamental right.

Since its creation, HelloAsso has striven to support freedom of association and to protect the right to freedom of speech because we are a platform that is committed to the model of [non-profit] association and at the same time apolitical, open and enriched by differences of opinion, a reflection of our society."