August 24, 2018
/ By
Palestinian Campaign for the Academic and Cultural Boycott of Israel (PACBI)
/

The world governing body of football ignores Israel's attacks on Palestinian athletes while it sanctions the President of the Palestinian Football Association. 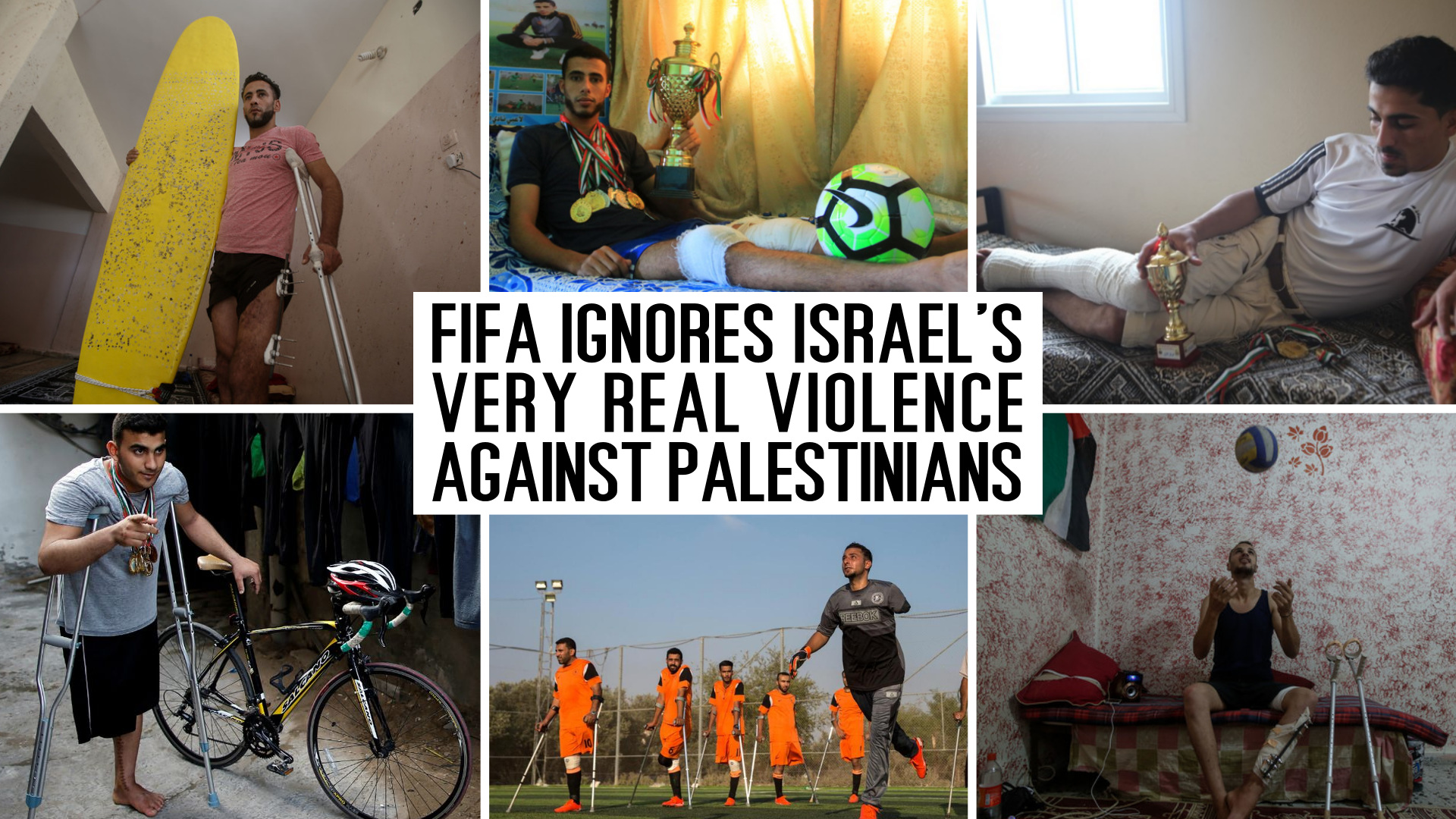 FIFA ignores Israel's attacks on Palestinian athletes while it sanctions the President of the Palestinian Football Association.

Stephanie Adam of the Palestinian Campaign for the Academic and Cultural Boycott of Israel commented:

FIFA is again showing its true face as a corrupt and complicit organization,betraying its self-professed commitment to human rights.

After years of moving the goalposts, in October 2017, the FIFA Council, at its meeting in Kolkata, India, adopted a position allowing football clubs in illegal Israeli settlements to continue to be a welcome part of the world football organization, stating it would “refrain from imposing any sanctions or other measures.”

The Argentina national team cancelled its friendly with Israel earlier this year after realizing how such a match would sports-wash Israeli apartheid and military occupation and hurt the nonviolent Palestinian struggle for freedom, justice and equality. Similarly, many artists, including Lorde and Shakira, have cancelled performances in Tel Aviv.

FIFA
August 24, 2018
/ By
Palestinian Campaign for the Academic and Cultural Boycott of Israel (PACBI)
/