Skip to main content
In the News
This article is reposted from
Buzz.ie
, click here to read the original article. 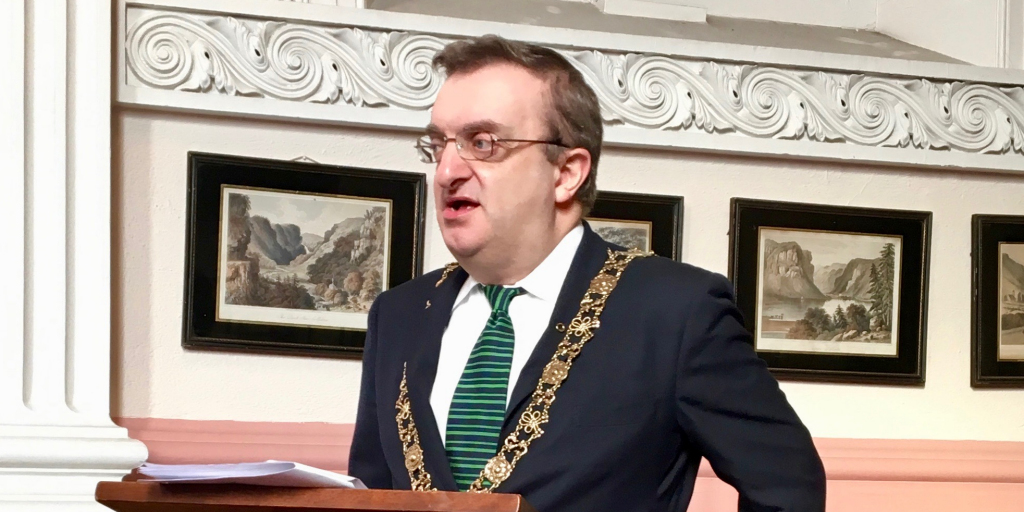 The Lord Mayor of Dublin has called for a boycott of the 2019 Eurovision Song Contest following Israels's win in Lisbon on Saturday night.

This means that next year's Eurovision will be held in Israel, and there are already murmurings about countries boycotting the contest to show solidarity with the people of Palestine.

According to DublinLive, the Lord Mayor of Dublin, Sinn Fein councillor Micheal Mac Donncha has called for an Irish boycott of next year's song contest in Jerusalem.

Mr Mac Donncha said: "I would support that, I don't think we should send a representative.

"I think the horrific ordeal of the Palestinian people needs to be highlighted. There needs to be solidarity just as there was with the people of South Africa with the apartheid regime."

He added: "The Irish-Palestine solidarity campaign has collected the names of 500 artists who have said they would not work in the state of Israel, that they would boycott it in the protest and the treatment of the Palestinian people."

Last month Israel tried to block Micheal Mac Donncha from entering the country because of his ties to the Ireland Palestine Solidarity Campaign, which encourages boycotts of Israeli products.

In a rather embarrassing turn of affairs however, Israeli officials announced that they would be blocking Mr Mac Donncha's entry to the country... only for him to reply saying that he was already there. It had transpired that Mr Mac Donncha entered the country without issue because they had mistaken his title as his first name.