In light of the coronavirus outbreak, we have put together an exciting programme of live lectures and panel discussions that you can attend from the comfort of your home. 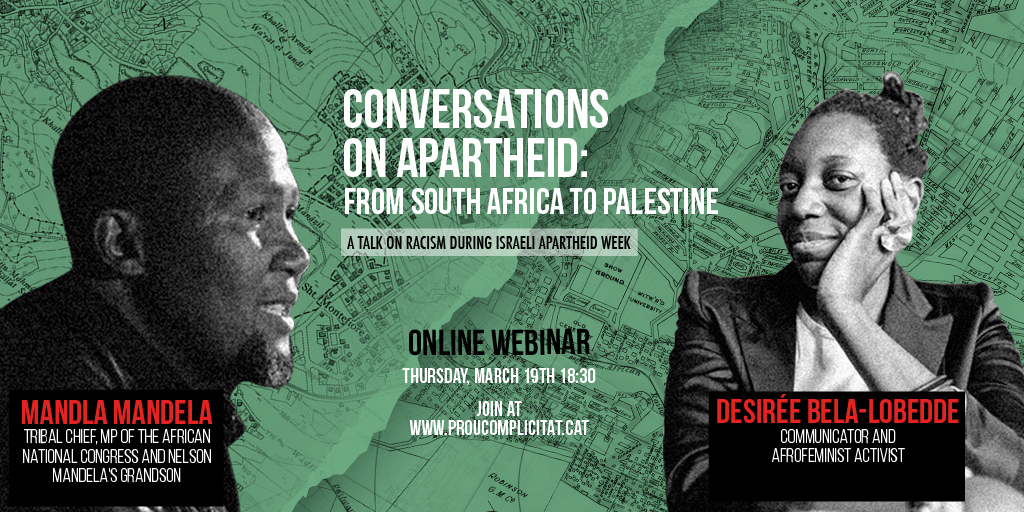 Join our first talk as part of our series for Israeli Apartheid Week, under the theme of United Against Racism.

Join on the link https://zoom.us/j/339788146 or on Facebook Live (Boycott, Divestment and Sanctions (BDS) movement page)

Mandla Mandela is an MP in the South African parliament, chief of the Mvezo Traditional Council and the grandson of South African anti-apartheid leader Nelson Mandela.

Desirée Bela is an afrofeminist activist and anti-racist communicator.

In the week against apartheid, and coinciding with the International Day Against Racism and Racial Discrimination (March 21), we have organized an open dialogue between the South African activist and the anti-racist communicator Desirée Bela, to share the parallels between apartheid in South Africa and the situation the Palestinian people are currently living in, and share strategies for nonviolent resistance against racism, according to this year’s theme of Israeli Apartheid Week: United Against Racism.

The conversation will be in English and in Spanish, and, for those joining via Zoom, will have simultaneous translation to English and Spanish.