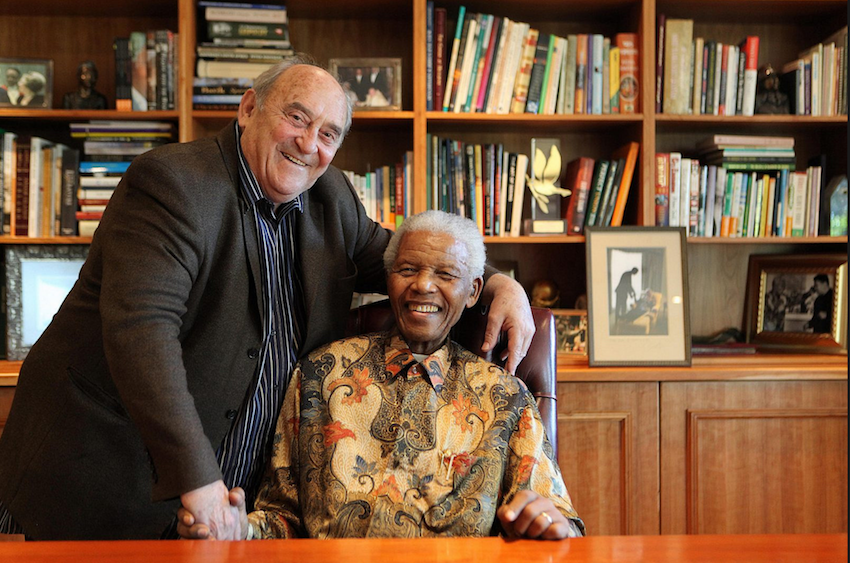 The Palestinian BDS National Committee, the broadest Palestinian civil society coalition that leads the BDS movement for Palestinian rights, is greatly saddened over the loss of the South African anti-apartheid icon Denis Goldberg, and extends our profound condolences to his family and friends.

At the same time, we draw inspiration from Denis Goldberg’s life and rich heritage of struggle for freedom and justice. As a white Jewish leader of the ANC, who struggled in solidarity with his black comrades to end apartheid in South Africa, Goldberg embodied universalist and revolutionary values.

Despite being imprisoned for 22 years for resisting apartheid after he was arrested with Nelson Mandela, he said that he “never gave up hope”, and “never regretted a day of life in struggle.”

Denis’ commitment to freedom from discrimination and oppression and equality for all included deep opposition to Israel’s apartheid rule over the Palestinian people. He wrote, “The violence of the [South African] apartheid regime was as nothing in comparison with the utter brutality of Israel’s occupation of Palestine.” He actively supported Boycott, Divestment and Sanctions (BDS) as a means to help secure freedom, justice, equality and self-determination for the indigenous people of Palestine.

As we resist Israel’s brutal, racist rule, we are inspired by Denis’ unstinting hope and his commitment to a life in struggle for freedom and equality, and we are renewed in our certainty that we too will ultimately succeed in bringing the nightmare of apartheid to an end.