Skip to main content
In the News
This article is reposted from
AOL
, click here to read the original article. 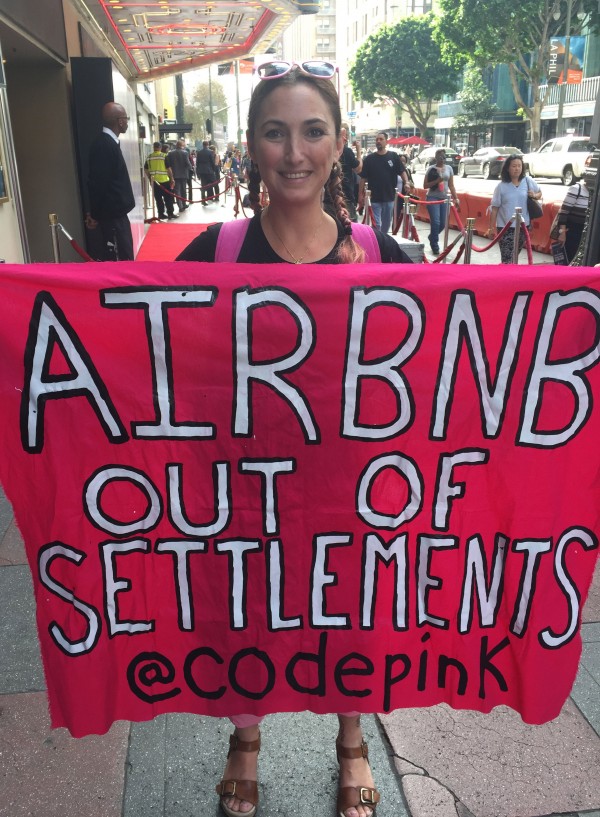 Actor Ashton Kutcher has defended the home-sharing site Airbnb after he was confronted on stage by a protester.

The Hollywood star, who is an investor in the company, was speaking at an event in Los Angeles when he was interrupted by a woman holding a sign which read "Airbnb out of settlements".

The protester, Ariel Gold, said she wanted Ashton to "use his power and influence" to remove Airbnb's listings in Israeli-occupied territories in the West Bank and address the firm's role in the "affordable housing crisis".

Ashton approached Ms Gold after she walked on to the stage at the Orpheum theatre and insisted the firm did not discriminate and brought people "together in a peaceful unity".

"Let me explain to you what Airbnb means to me," he said.

"We can get to know each other intimately and understand our collective narrative as a narrative for everyone and that we can all belong in a world together without borders."

Ms Gold, from campaign group Code Pink, said outside the theatre that she believed "Palestinian human rights should mean more than entrepreneurship".

She told the Press Association: "I took to the stage to ask Airbnb to remove their listings from Israeli settlements in the West Bank and east Jerusalem. I think Ashton Kutcher needs to use his power and influence in the company to pressure Airbnb to finally remove these listings.

"We're entering an administration which we expect to be horrible for Palestinian human rights. It's more important now that people rise up and demand equality and freedom and justice for all people, from Palestine to Los Angeles."

"Airbnb is also complicit with displacement in Los Angeles. While I was on stage, there was a large demonstration and march going on led by United asking Airbnb to change their role in the gentrification happening in LA and the affording housing crisis.

"The way Airbnb is marketing itself as the sharing economy is not actually what's taking place. People right here in Los Angeles are suffering."

Code Pink, which describes itself as a "grassroots peace and social justice movement", said on Twitter that the demonstration was staged to demand Airbnb stop listing "stolen homes in illegal settlements".