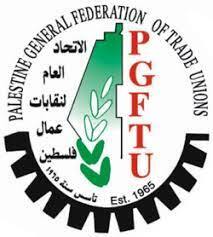 We are reaching out because we trust in your commitment in humanity and your belief in justice and human rights. We are also convinced that you reject injustice, exploitation, persecutions, and discrimination of any kind, and especially racial discrimination. We’re reaching out while living the eighth day of an oppressive and brutal Israeli aggression targeting Palestinian people, especially across Gaza’s five counties.

This is the 73rd anniversary of the Nakba, the very painful demarcation of ethnic cleansing where we witnessed foreign settlers steal our homes, land and lives resulting in hundreds of thousands of civilian refugees. These refugees are now scattered all over the world, and number over 11 million Palestinians.

Today, we are witnessing a new Nakba in the attempts of expulsions of families from their homes in the Sheikh Jarrah neighborhood in Jerusalem, and in the continued attacks on the Aqsa Mosque, a national symbol to the Palestinians as well as the Muslim world. Jerusalem holds particular significance to both Christian and Muslim Palestinians, which makes defending it a duty that will be held regardless of the human price paid, so that it may remain Palestinian Arab.

Today, we are also witnessing the eighth day of the Israeli violence on Gaza where thousands of bombs have been launched over the Gaza Strip through land, and sea with more than 1050 air raids, causing the death of 192 martyrs, 58 of them children and 20 women, and injuring 1235 civilians, many with life threating injuries.

The Israelis also targeted high rise building in a terrifying and madly matter were whole families vanished. More than 719 housing units were destroyed, including 76 high rise apartment building. The complete destruction of the infrastructure of many areas also caused the fleeing of thousands of people to schools, scared and unsure of what to expect next from these terrorizing state attacks.

We call on our friends and all the freedom-loving people in the world to do what they can to stop this aggression and Israeli racist policies, which remind us of those used by the apartheid South Africa regime that was defeated by the steadfastness of the African people.

The Palestinians are facing the same racist practices carried by the right-wing Israeli government. We urge you to take courageous and brave stances against the occupation and stand with us as we demand freedom, justice, and human dignity by:

1- Boycott the Israeli occupation and its institutions, and refuse to deal in any way with them including: not buying any of their products, refusing to unload their ships and goods from sea and airports, and pressure them to stop their racist practices.

2- We ask that you demand freedom for the Palestinians by demonstrating and putting the apartheid state of Israel on trial for its war crimes which are in complete contradiction with International law, especially the 4th article of the Geneva Convention, prohibiting attacking civilians ensuring the right to self-defense against state terror.

We call for the protection of our people in the land occupied in 1948. We demand the halting of settlement expansion in the West Bank, and a stop to the attacks and confiscation of our land, especially in Jerusalem. We reject the Israeli policies of expelling the indigenous Christian and Muslim Palestinians to settle Jewish newcomers.

We adhere to our right to a decent life on our land and rejection of our continued oppression. We affirm that we will remain on our land and have a right to do so free of state violence. We trust that you and the free people of the world will stand for truth, dignity, and justice, and that you will rise for justice in Palestine as well.

Long live the Palestinian people and our right to freedom.

On behalf of your comrades in the trade unions,