With our oppressors uniting, it's increasingly clear that all our struggles for freedom are interconnected, and that no one will be free until we are all free. 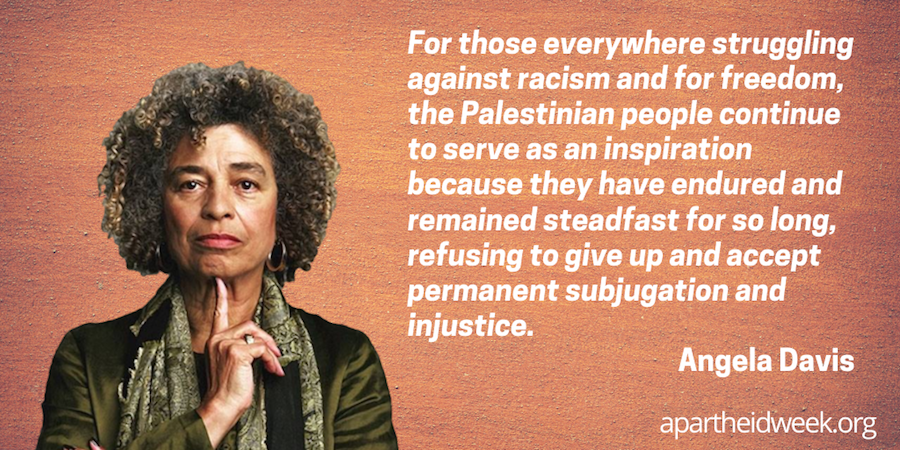 It is inspiring to see that during these dire times when fascism and far-right political parties are ascendant in many countries, consciousness is growing amongst many, and people and organisations are coming together to fight against racism and all forms of discrimination. And for those everywhere struggling against racism and for freedom, the Palestinian people continue to serve as an inspiration because they have endured and remained steadfast for so long, refusing to give up and accept permanent subjugation and injustice.

In Palestine, the US, Arab countries, Latin America and Asia, the people who are seeking to maintain systems of oppression and racial domination are sharing ideologies, strategies and weapons. For example, police strategies have been transnationalized, with US and Israeli police departments exchanging tactics. And the global prison industrial complex is being tested in its most extreme forms in Palestine.

Everywhere, activists on the ground are seeing these connections and they are challenging them. In 2014, during the Ferguson uprising in the US, as those protests erupted, it was Palestinian activists who were the first to express solidarity and, as such, helped to develop a global solidarity movement for Black Lives Matter. Palestinians in turn have taken explicit inspiration from the US civil rights movement, and the anti-apartheid movement in South Africa in  developing their BDS movement.

With our oppressors uniting, it is becoming increasingly clear that all our struggles for freedom are interconnected, and that no one will be free until we are all free.

Given these realities, the overlap this year between the global annual Israeli Apartheid Week, and the UN’s annual International Day for the Elimination of Racism is fitting. It provides an opportunity for highlighting these connections, and for progressive groups to join forces in the struggle against racism and for freedom.

If justice is indivisible, it follows that our struggles against injustice must be united. I wholeheartedly endorse Israeli Apartheid Week 2020 under the theme United against Racism, and call for groups and individual worldwide to participate.