We call on solidarity groups worldwide to intensify pressure on Israel’s apartheid regime to immediately and unconditionally release him. 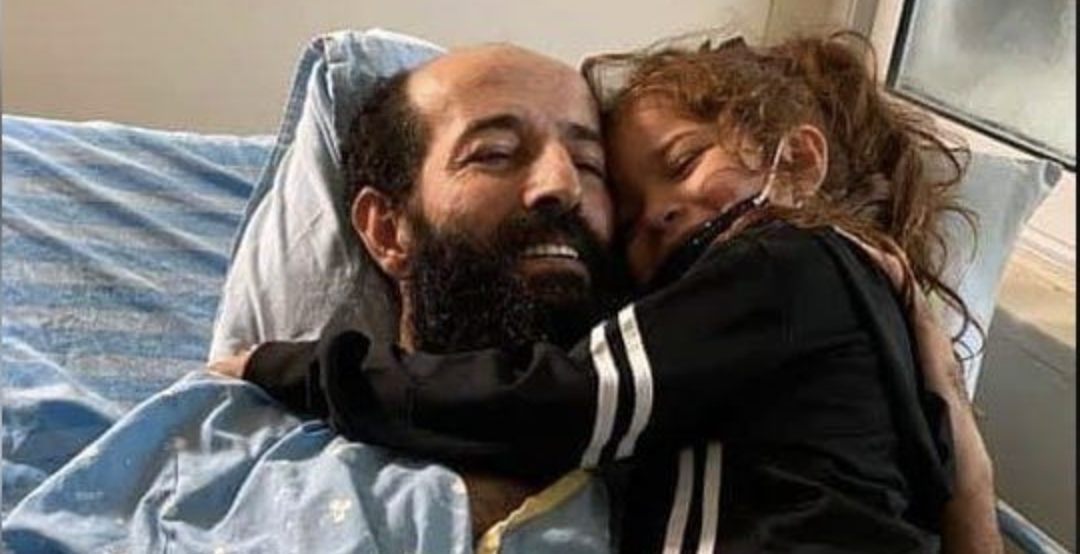 Palestinian citizen Maher Al-Akhras, a 49-year-old father of six, has been on a hunger strike since 27 July 2020 – 100 days today. He is protesting his administrative detention – detention without charges or trial – by Israeli occupation forces. This is the fifth time that Israel has arrested him. His sole demand is to be set free.

Though Al-Akhras’ health is deteriorating and his life is at great risk, Israel’s apartheid regime, with the complicity of its High Court, continues to detain him under guard at an Israeli hospital.

The Palestinian Human Rights Organizations Council (PHROC) said that Maher is “facing a serious and imminent threat to his life at Kaplan Medical Center. Due to a deficiency of salts and fluids in his body, and his refusal to take nutritional supplements, Maher has been experiencing frequent seizures, acute headaches, significant weakness in his vision and hearing, in addition to severe pain all over his body, especially his chest area.”

Michael Lynk, the UN Special Rapporteur for the occupied Palestinian territories, called for the immediate release of al-Akhras, and an end to Israel’s illegal practice of administrative detention. The International Association of Democratic Lawyers urged al-Akhras’ immediate release and called on governments, including the U.S. government and European governments, to end their support for Israeli war crimes and crimes against humanity.

The Palestinian BDS National Committee (BNC), the largest coalition in Palestinian society, calls on solidarity groups worldwide to intensify pressure on Israel to immediately and unconditionally release Maher Al-Akhras. Israel’s far-right regime must be compelled through BDS and other forms peaceful pressure to meet its obligations under international law and respect Palestinian rights, including political prisoners.

Israeli and international companies profiting from Israel’s incarceration, military occupation and apartheid must face serious consequences in terms of losing contracts, bids and investments. A powerful way to support Palestinian rights is to support boycotts of those companies, including Elbit Systems, for selling weapons field-tested on Palestinians; G4S, for running Israel’s central police training academy; and HP, for providing technology for Israel’s checkpoints and apartheid population registry, amongst others.

Administrative detention is a procedure that allows the Israeli occupation authorities to hold prisoners indefinitely on “secret” information without charging them or allowing them to stand a fair trial. In practice, Israel routinely uses administrative detention in violation of the strict parameters established by international law.

Moreover, Israel has failed to adequately protect Palestinian political prisoners from the coronavirus. For example, in the last day alone, Israel announced more than 73 new cases of COVID-19 among Palestinian prisoners in “Gilboa” prison.

Now is the time to act to save Maher Al-Akhras’ life and defend the basic human rights of all Palestinians.

Sheikh Jarrah: What is happening and how you can take action now