September 17, 2021
/ By
Palestinian Campaign for the Academic and Cultural Boycott of Israel (PACBI)
/

As groups from New Zealand to South Africa to North America prepare for the #BoycottPUMA Global Day of Action and PUMA’s celebrity ambassadors and business partners raise ethical concerns, join nearly 60,000 people calling on PUMA to end its support for Israeli apartheid. 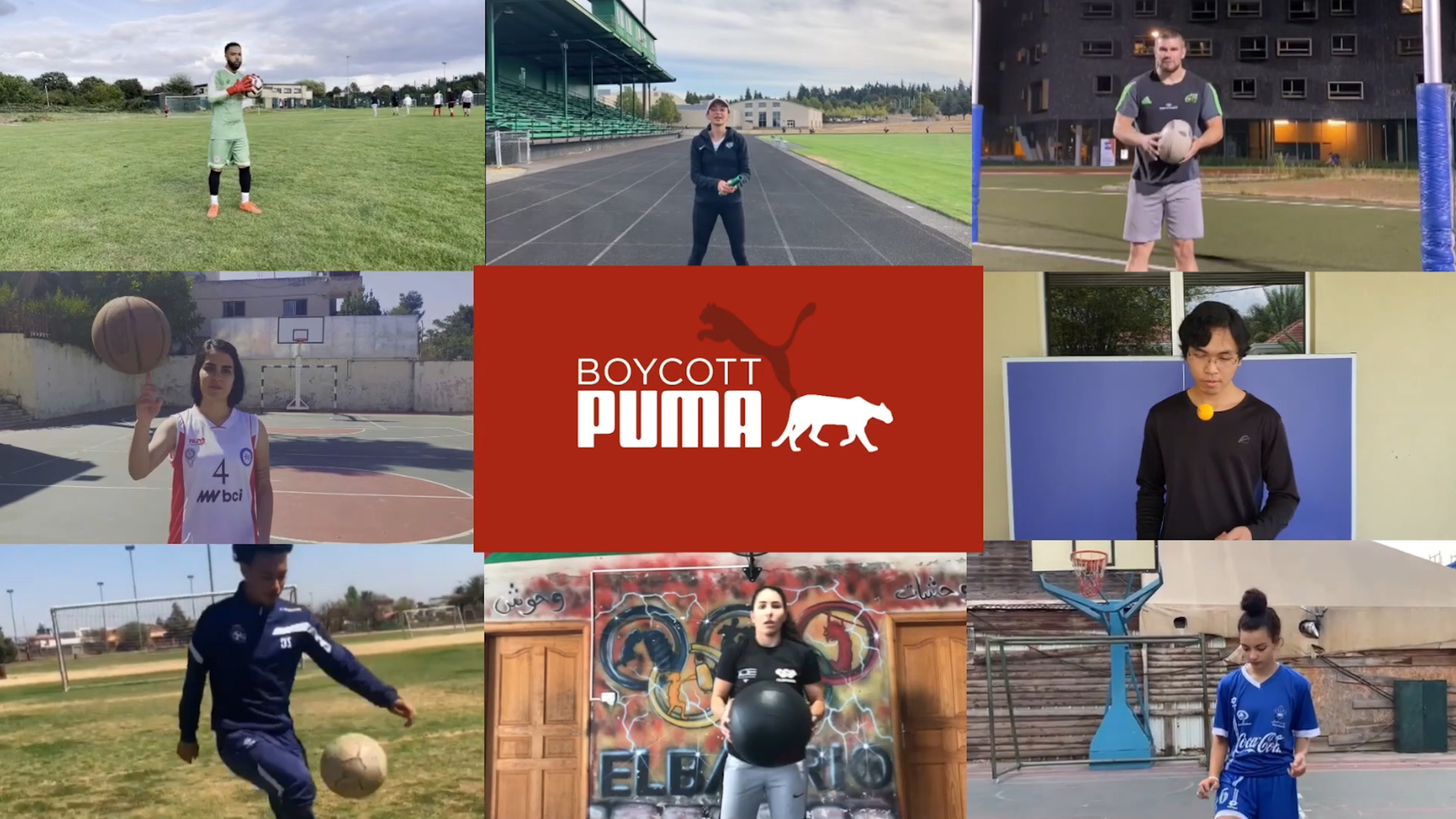 It’s not a good time to be PUMA’s CEO.

Last month we learned just how nervous he is about the growing campaign to boycott PUMA over its support for Israeli apartheid.

Teams in several countries are dropping PUMA, and PUMA’s celebrity ambassadors and business partners are beginning to raise ethical concerns.

And tomorrow, September 18, groups around the world, from New Zealand to South Africa to North America, will join the #BoycottPUMA Global Day of Action.

Join nearly 60,000 calling on PUMA to “stop its complicity with the Israeli apartheid state.”

Palestinian teams and athletes are calling to boycott PUMA. International athletes are joining them and passing the word.

PUMA sponsors the Israel Football Association, which governs and advocates on behalf of teams in illegal Israeli settlements on stolen Palestinian land.

In May, Israeli soldiers shot promising Palestinian footballer Said Odeh on his way to the pool with friends. They shot him again as he ran for cover in an olive grove. The soldiers then denied access to an ambulance. Said died upon arrival at the hospital. He was only 16.

Said’s team, Balata FC, is among the 200 Palestinian teams calling to boycott PUMA until it ends support for Israeli apartheid.