As Israel unleashed fresh terror on Palestinians, we witnessed unprecedented global solidarity with our struggle for liberation. BDS co-founder, Omar Barghouti, shares why he believes freedom, justice, and equality are closer than ever. 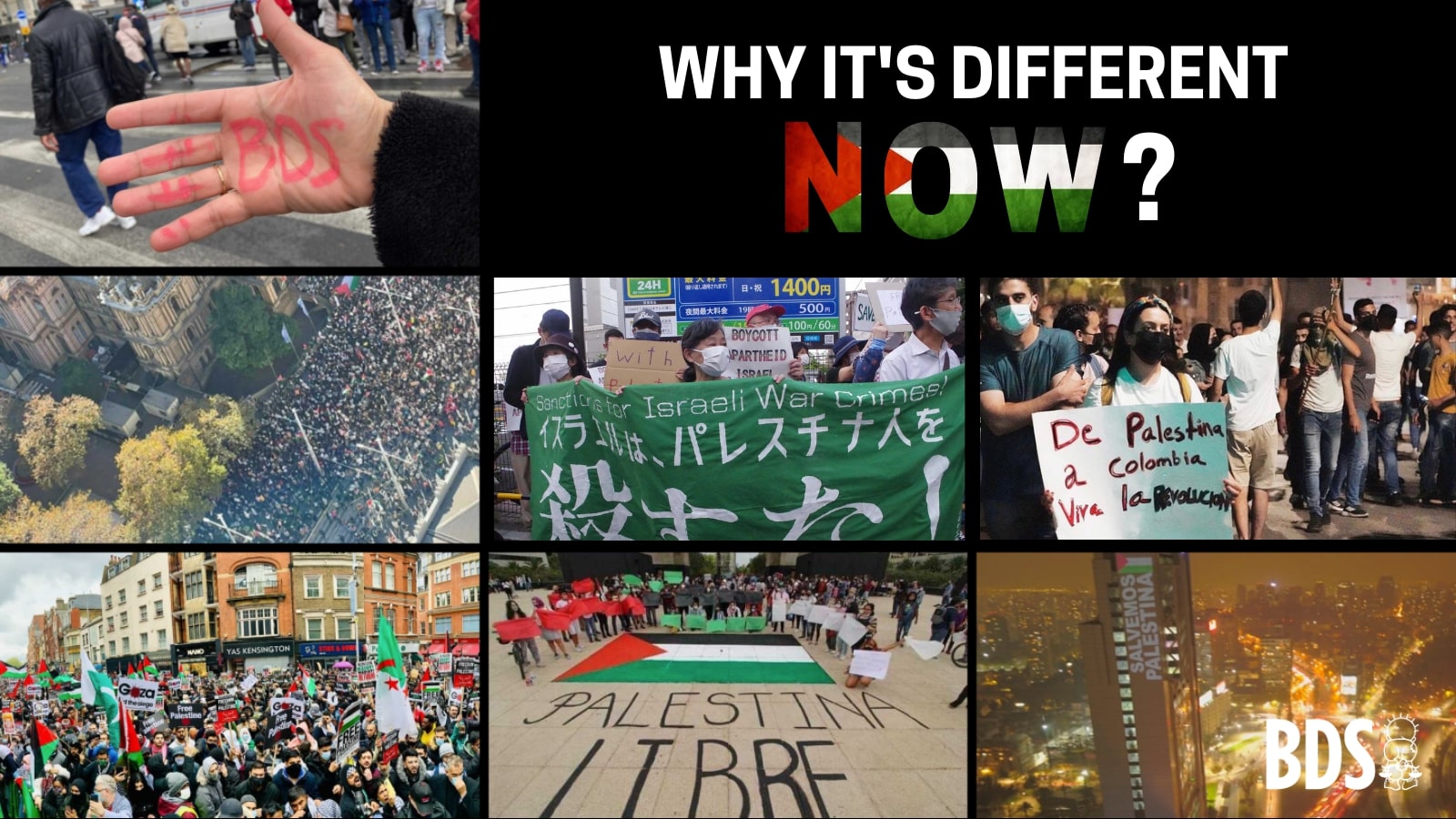 Unprecedented! This has become the most commonly used word in describing the outpouring of global solidarity with the struggle for Palestinian liberation during the most recent Israeli terror unleashed on us in Gaza, Jerusalem, Lydda, Acre, Haifa, Jaffa, the Naqab and elsewhere.

Trade unions and social justice movements, representing tens of millions, and many thousands of artists, academics, students, feminists, climate justice organizers, LGBTQI+ activists, not to mention an extraordinary number of music, film and sports celebrities, have declared support for Palestinian rights, with many endorsing BDS. Palestinians across historic Palestine and in exile have reaffirmed our unity as a people in our quest for self determination.

Support our movement for freedom, justice and equality to grow even further.

While still pursuing my education in the US, I visited occupied Ramallah in the summer of 1987. As a son of Palestinian refugees I could only enter at the time on a visitor’s permit requested by my grandmother and issued by the Israeli military authorities. I was shocked how complacent so many Palestinians had become about Israel’s occupation and apartheid. But my grandmother’s heroic struggle, my life experience, and my still-evolving knowledge of the history of Palestinian popular resistance saved my mind from depression.

I’ve learned to never accept a mere snapshot of reality, no matter how devastating, as an accurate description of where things are or, crucially, where they can be headed. Indeed, a few months after leaving Palestine for the US that year, the Intifada broke out, shattering all complacency and asserting the Palestinian quest for liberation on the world’s agenda again. Palestinians have frequently proven to be like a phoenix, unexpectedly rising from the ashes.

Today, again, our people are reuniting like never before. We’re assertively demanding justice, not begging for charity to help us live with injustice. Most importantly, we are telling the world, we need more courage, more human decency to end your complicity in Israel’s regime of military occupation, settler-colonialism and apartheid. We need strategic, effective BDS campaigns now more than ever.

Donate to the BDS movement to support Palestinian unity, dignity and justice.

This time, it is truly different. We’ve been planting seeds of meaningful and effective solidarity for years. We’ve been mainstreaming our analysis of Israel’s regime of oppression and the indispensable role that states, corporations and institutions play in maintaining it. And now, we are seeing our seedlings yield their first fruits. The road is still long and bumpy, but the destination is clearer than ever: justice and freedom at last.

Co-founder of the BDS movement, co-recipient of the 2017 Gandhi Peace Award